A wide variety of additives, such as preservatives, flavor enhancers, coloring agents and antioxidants, are used on foods. Strict monitoring of food stuffs is essential to detect the use of prohibited chemicals. Each country assigns a unique number or code of approved chemicals for that country. Shimadzu offers a wide range of products for detecting the prohibited chemicals, whether they were added intentionally or through contamination.

A wide range of low-calorie sweeteners are often used in foods. They are used together with sugars, and multiple sweeteners are combined to regulate flavors. This example shows the simultaneous analysis of 16 sweeteners. Good linearity was obtained with a correlation coefficient of 0.997 or higher for all the compounds

Analysis of Dicyandiamide and Melamine in Milk Powders (LC-MS/MS)

Melamine was found to be used as a protein-rich adulterant in pet food in 2007, and then in infant formula in 2008 in China. The outbreak of the melamine scandal that killed many dogs and cats as well as led to the deaths of six infants and illness of many others caused panic and great concerns worldwide. Recently, low levels of dicyandiamide (DCD) residues were found in milk products from New Zealand. Instead of being added directly as an adulterant, the trace DCD, which is used for promote the growth of cow pastures, found in milk products was explained to be relating to the grass "contaminated by DCD".

Dicyandiamide and melamine in milk powders

Sudan dyes are oil-soluble synthetic dyes used in industrial products. Their use is not authorized in food products in some countries. This is an example of LC analysis of Sudan dyes in curry powder. 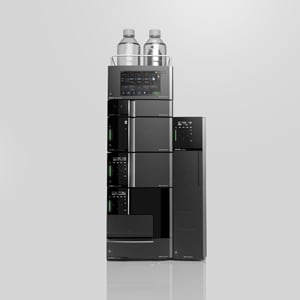 Analysis of Preservatives in Food (UV)

This example shows the analysis of preservatives in food products. It is confirmed that a variety of components can be analyzed with high accuracy via easy pretreatment and measurements. 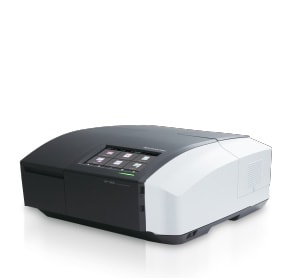 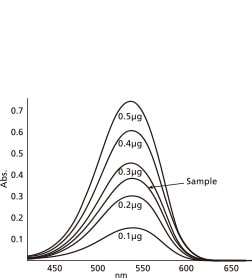 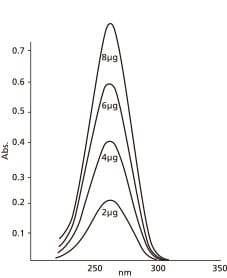