Greater Efficiency, Greater Ease of Use

i-Series Plus incorporates the technology developed for the Prominence (LC-20A) series, and provides a high level of basic performance with improved ease-of-use. The column oven comes with a larger adjustable temperature range, allowing high-temperature analysis to be performed with ease, while all i-Series Plus models include the automated pretreatment function as standard for sample dilution and co-injection with internal standard substances. i-Series Plus will not only improve analysis throughput, but will also automate human work for improved operational efficiency. 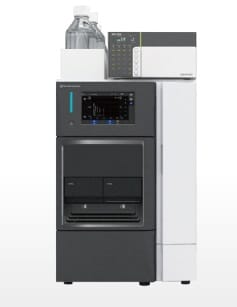 The i-Series Plus column oven has a maximum temperature setting of 90°C. Using mannitol analysis as an example, the US Pharmacopeia method notes to control temperature at 85°C for analysis. i-Series Plus can be equipped with a 300 mm long column, and can easily accommodate high-temperature analysis with this column. 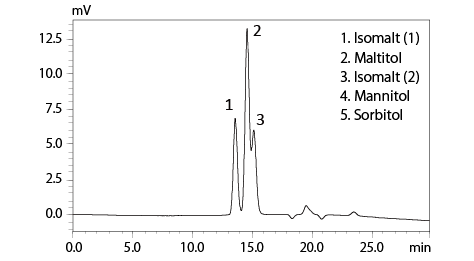 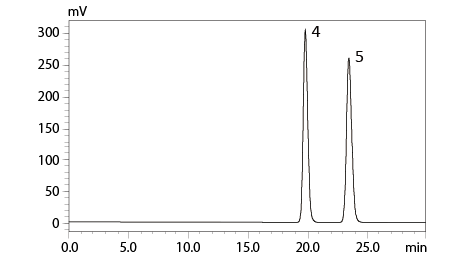 All i-Series Plus models now come with an automatic pretreatment function. By simply entering items on a template, the automatic pretreatment function can perform operations such as automatic sample dilution, reagent addition, and sample co-injection with an internal standard substance. Since all pretreatment operations are performed by the system, stable results can even be obtained by users unfamiliar with the process, and samples can be analyzed over the weekend or at night without needing human supervision, which promises to achieve substantial improvements in operational efficiency.

The dilution function can dilute a sample to a specific dilution ratio. As an example, the dilution function can be used to automatically create a calibration curve by simply placing a standard stock sample solution in the autosampler and specifying the desired dilution ratio. It can also be used to analyze unknown samples consecutively, and output reports containing the quantitation results.

A Co-Injection Function with Various Applications

The co-injection function prevents peak shape degradation by co-injecting the sample and diluted solution together.

As an example, when the sample solvent is a high-concentration organic solvent, the injection volume can affect the sample solvent and lead to a degradation of peak shape. In these situations, co-injecting the sample and diluting solvent together can prevent peak shape degradation. This problem is more pronounced the smaller the internal diameter of piping used in the UHPLC system, but the co-injection function allows analysis to be performed without replacing piping. 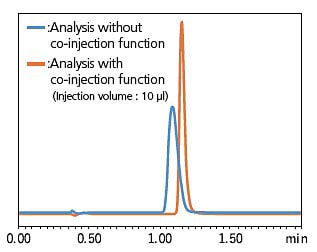 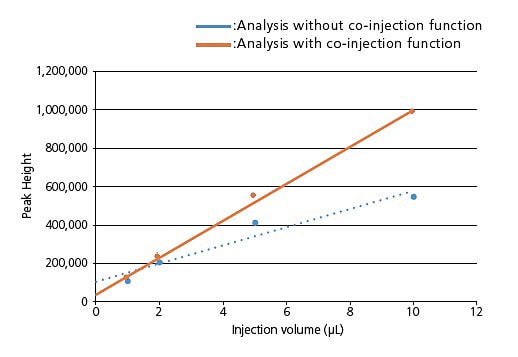 Using the co-injection function allows a sample to be reacted with reagent within the injection needle. The chromatogram below shows the results of using the co-injection function to perform a pre-labeling reaction with amino acid OPA reagent. The entire aspirated sample is delivered for analysis, reducing the sample and reagent volumes required by analysis to a minimum and also allowing for a highly sensitive analysis. 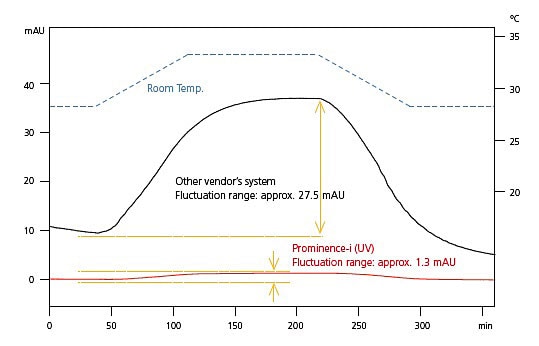 The i-Series Plus provides highly precise data in micro volume injections of 1 μL or less. This system allows the direct injection of the concentrated samples without dilution to save the preprocessing operation. In addition, the superior injection volume linearity improves the reliability of data for a wide range of injection volumes. 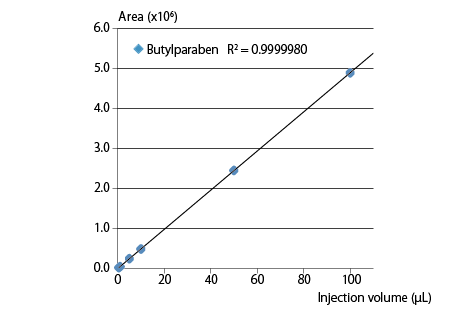 Due to Shimadzu's proprietary flow channel design, carryover effects from residual samples are reduced to nearly zero. The carryover specification has been improved to 0.0025%, thereby providing highly precise quantitative performance when analyzing a complex sample. 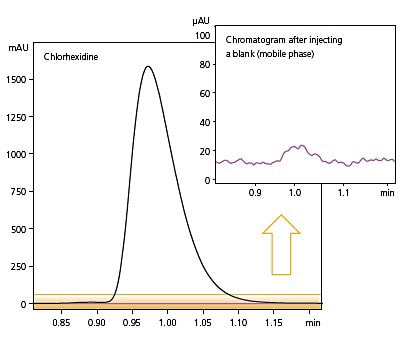 Retention time and area reproducibility (%RSD) of each instrument

At first glance, an updated model of the same instrument is a sound choice if you wish to continue using existing analytical methods But technology is always advancing and system performance aspects, such as instrument stability and ease of use, change in ways not apparent in the data. By upgrading to i-Series Plus, you retain compatibility with existing systems, but also acquire substantial improvements in the reliability and stability of your analytical results. i-Series Plus supports the transfer of analytical methods as it relates to both system capacity and software control, and also provides the optimum analytical environment for increasing the speed of analytical methods and other areas of method development.

i-Series Plus system capacity is highly compatible with other systems, and analytical methods can be transferred with ease from competitor systems. An optional kit can also be used to make i-Series Plus compatible with Shimadzu's previous LC-2010 series, reducing the work involved in migrating existing analytical methods, and supporting the smooth startup of operations following instrument installation. Based on a given set of analytical results, the chromatograms below show compatibility between a standard i-Series Plus configuration and a competitor's system, and between the a standard i-Series Plus configuration and a previous Shimadzu instrument (LC-2010) when using the optional kit. The chromatograms show that i-Series Plus has been designed with a high level of compatibility built into its hardware.

Method transfer from other vendor's system to Prominence-i

Say you want to migrate an existing method unaltered but also develop methods using the latest equipment available in the development laboratory. In this situation, the ACTO (Analytical Condition Transfer and Optimization) function can be used. ACTO is the general name given to method transfer/migration tools supplied by Shimadzu. It can be used to adjust gradient start times and allows analysis to be performed without worrying about the effects of piping volume. ACTO allows you to adjust gradient timings via simple software settings without having to edit the gradient program itself. As shown below, similar analytical results can be obtained using a method created for a previous system with a larger system capacity and for Prominence-i. This gradient start time adjustment function can be used with all i-Series Plus models. 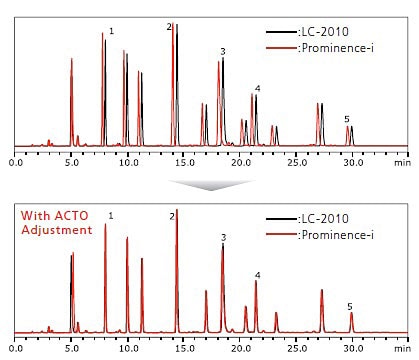 Maintaining method compatibility during gradient analysis can be difficult due to differences in gradient delay volumes between models. USP <621> allows the use of a gradient start time adjustment function (ACTO) to adjust the initial hold time without the need for revalidation (when adjustments are required, the column packing may be changed [maintaining the same chemistry], the duration of an initial isocratic hold may be changed [when prescribed], and/or dwell volume adjustments can be made). Even when instrument models have different gradient delay volumes, analysis can be performed in accordance with the US Pharmacopeia without replacing piping, etc 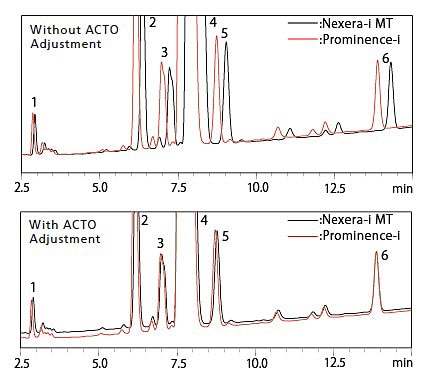 Comparison of Retention Time Difference (%) With and Without ACTO Adjustment

i-Series Plus for Method Development

i-Series Plus can now be utilized by development departments for analytical methods since it is compatible with the Nexera-i MT, which performs HPLC and UHPLC analysis on a single system, and is also compatible with the Method Scouting Solution software that supports method development. Using i-Series Plus to perform operations from development to quality control precludes the need to worry about differences in models, and analytical methods can be developed more efficiently.

Once a UHPLC method has been transferred to HPLC, the flow rate and gradient program must be calculated according to the column size. The method transfer/migration support tool ACTO allows you to simply open an existing method file in LabSolutions and specify the column, and the software will automatically calculate the appropriate settings. The results can also be output directly as a LabSolutions method, so the calculated results do not need to be transcribed and there are no concerns over transcription errors. 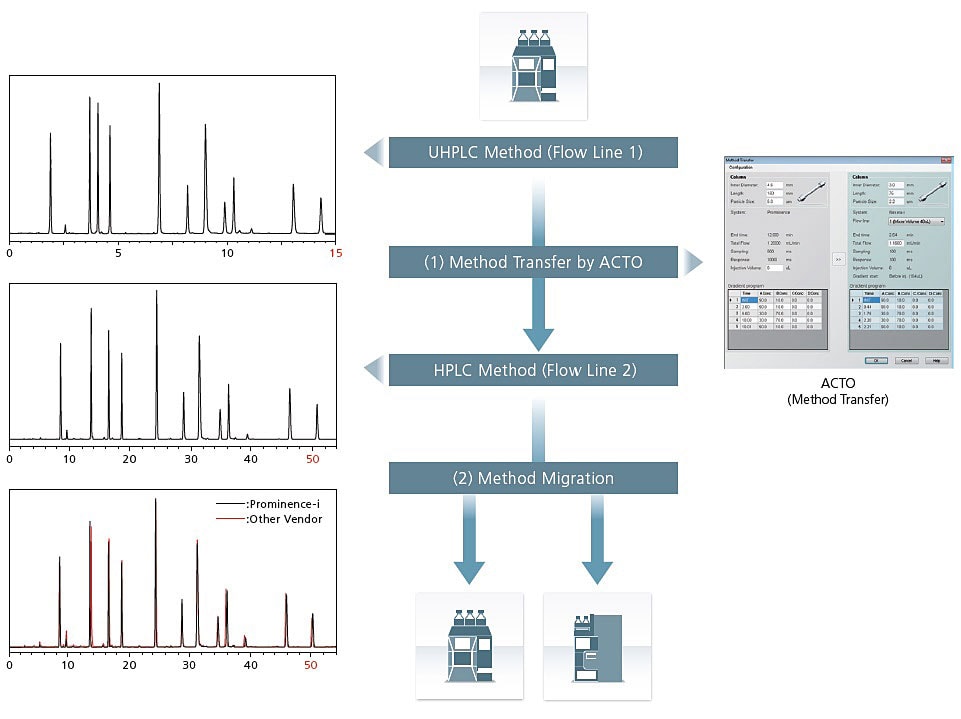 Proof That the System Always Operates in a Stable Manner

With the i-Series Plus auto-validation function, anyone can follow a set procedure to examine solvent delivery stability, wavelength accuracy, absorbance accuracy, gradient accuracy, the presence of any drift/noise, and other parameters.
In addition, a system check function automatically performs the routine inspections performed before using the instrument, and creates a report indicating system self-diagnostic results and a record of consumables used, such as the total solvent volume delivered by the delivery pump, the number of autosampler injections, and the number of hours the lamp has been illuminated. This makes it easy to accurately determine the instrument operating status.

The entire series of operations involved in analysis can be automated, from system startup, mobile phase purging, column equilibration in preparation for starting measurements, and starting the analysis to shutting down the system after analysis.
In combination with the automatic pass/fail judgment function for system conformity testing, operations for routine analysis, such as injecting samples based on test results and stopping the analysis, can also be automated. 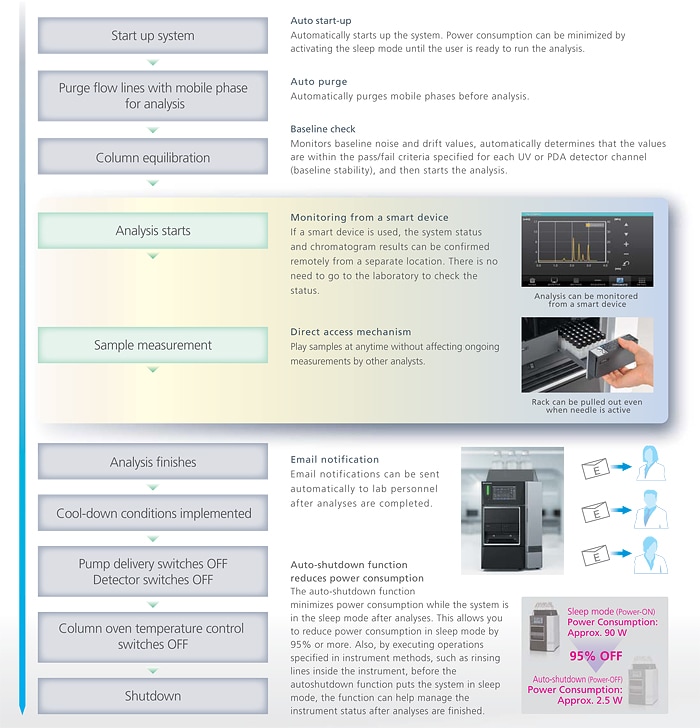