The new measurement principle is resistant to contamination and so, even if the sample is mixed with small amounts of foreign particles, information about the particles to be analyzed is still caputured. Therefore the filtering of samples in order to remove coarse particles is not required.

The new measurement method ensures high reproducibility and the acquisition of stable data. In particular, high reproducibility for particle sizes of less than 10 nm removes the uncertainty and vagueness of particle analysis in the single nano region. Also, comparison with raw data of diffracted light is possible and so rough validation of the measurement results can be performed simply.

What Is the "Induced Grating Method"? 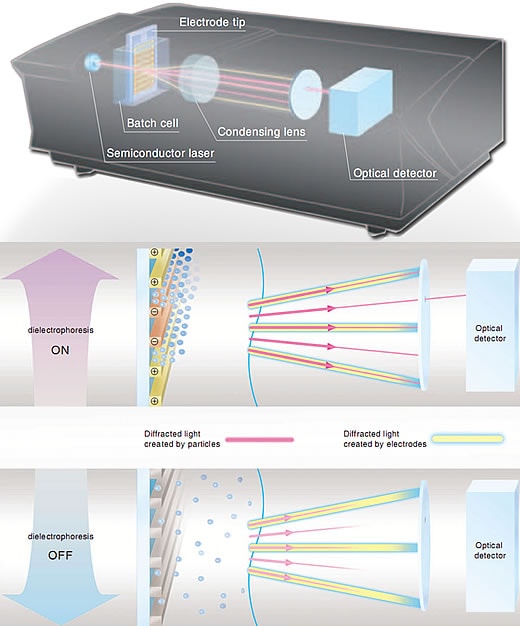 The contents of this page are subject to change without notice.