December 17 has been designated as Wright Brothers Day. It commemorates the world’s first successful manned flight in a powered aircraft by the Wright Brothers. The flight occurred in North Carolina State in the United States on December 17, 1903.

But did you know that Shimadzu Corporation is involved in making aircraft equipment? Today, we want to introduce Shimadzu’s aircraft equipment business, which contributes to ensuring safe and comfortable flights.

What are Flight Control Systems?

Pilots control the flight path and orientation (attitude) of aircraft by using the flight control system to operate various control surfaces and adjust the engine power as necessary. 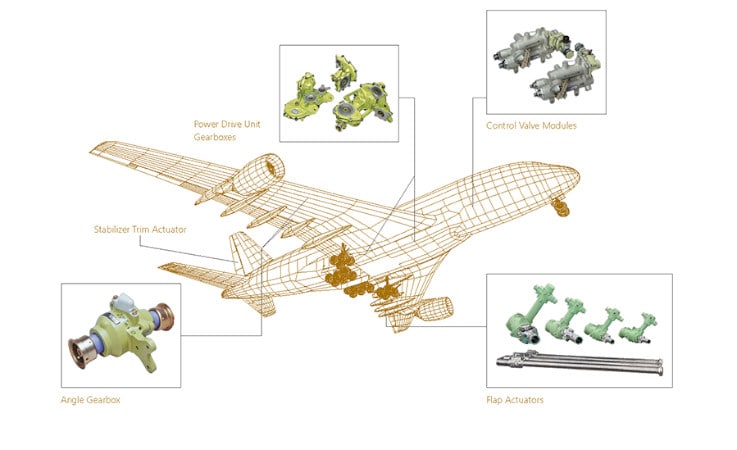 “Air management system” is the general term for all air-related systems in an aircraft, from engine air-bleed to pressurizing the cabin air. Examples include bleed air systems, anti-icing systems, air conditioning systems, and pressurization systems.

Among such systems, the air conditioning and pressurization systems are referred to as environmental control systems to maintain the cabin environment within appropriate levels. They control the exchange, pressurization, and temperature of the air within the cabin to provide passengers with comfortable environment.

Cockpit display systems are optical display systems that allow a pilot to easily monitor flight information and conditions outside an aircraft while flying with high speed and high maneuverability.

Shimadzu started manufacturing air conditioning systems and other aircraft equipment in 1955 when Japan launched plans to build a domestically made jet aircraft. The following year, Shimadzu formed a technical alliance with Garrett Motion Inc. of the United States (currently Honeywell Aerospace) and started an aircraft equipment department. In 1957, Shimadzu became fully involved in the business by establishing the Aircraft Equipment Division.

In 1961, Shimadzu began supplying flap actuators and other equipment for the YS-11, Japan’s first passenger aircraft.

Later, the division expanded the business, supplying a variety of equipment to Boeing.

Magnetic sensors are used to search for objects made of steel, nickel, or other strongly magnetic metals, such as steel pipes, artillery shells, weapons, and sunken ships. Magnetometers are widely used to measure geomagnetism or magnetic fields generated by magnetic objects. 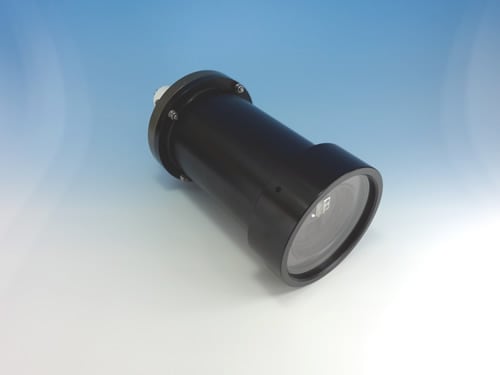