Mai Hontama Competes in the US Open Qualifying Tournament
First Appearance and First Win in a Grand Slam Tournament! 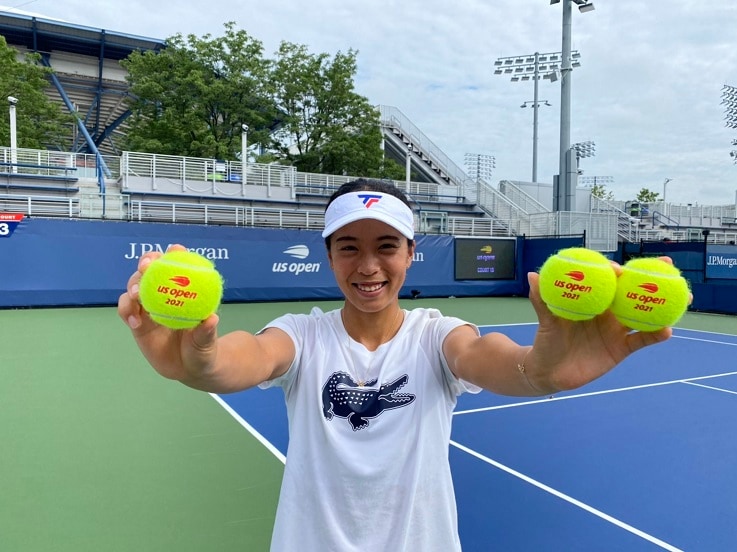 It was her first appearance in a Grand Slam tournament since turning pro. Though she didn't reach the main draw, she gained a victory in the first round!

The following is a profile of Hontama, who has now gained momentum after winning her first International Tennis Federation (ITF) tournament this year.

Mai Hontama joined the SHIMADZU Breakers in 2019 to become a sponsored athlete of Shimadzu Corporation. She is the youngest player on the team. Her strong points include quick footwork, tenacity, and a diversity of shots.

From her first year on the team, she has won the women’s singles title at the All Japan Tennis Championships. And she led the team to fifth victory at the 34th Tennis Japan League championship, the team’s first win in three years, where she also earned the MVP and rookie awards. 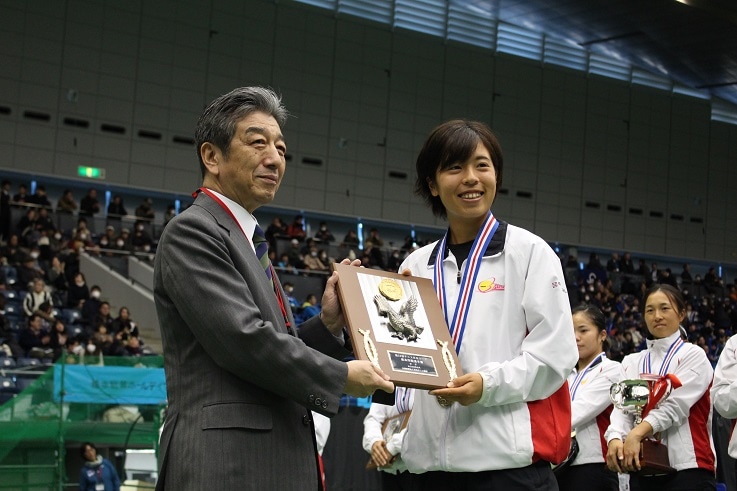 In May this year, she won a tournament with a total prize $25,000 and achieved her dream of capturing her first international title. That was followed by winning a second title in June. As a result, she moved up more than 100 places in the world rankings, and as of September 29, she ranked 200th, her highest ranking ever. 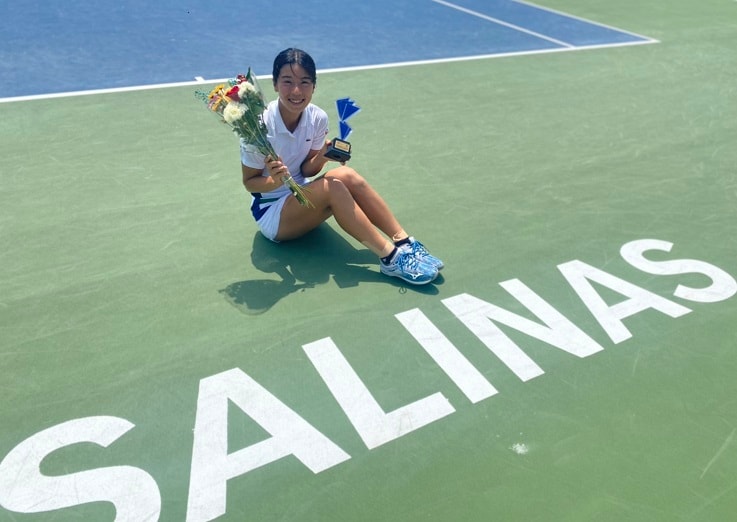 Though Hontama had experience playing in the Junior US Open tournament, she said this time, “I was so nervous that my body wouldn’t move properly.” But she showed energetic play.

In the first qualifying round, Hontama played against Mona Barthel (Germany), who previously ranked 23rd in the world. Hontama lost the first set because she was too nervous to play as well as she wanted, but then she fought back with firm determination and tenacity to win from behind, saying, “I was determined to get a hold of powerful hits from her.” That resulted in capturing a priceless first-win in a Grand Slam tournament.

In the second round, she played valiantly against number six seed Greet Minnen (Belgium) but fell short of winning. Nevertheless, the experience seems to have provided a great boost to her confidence. 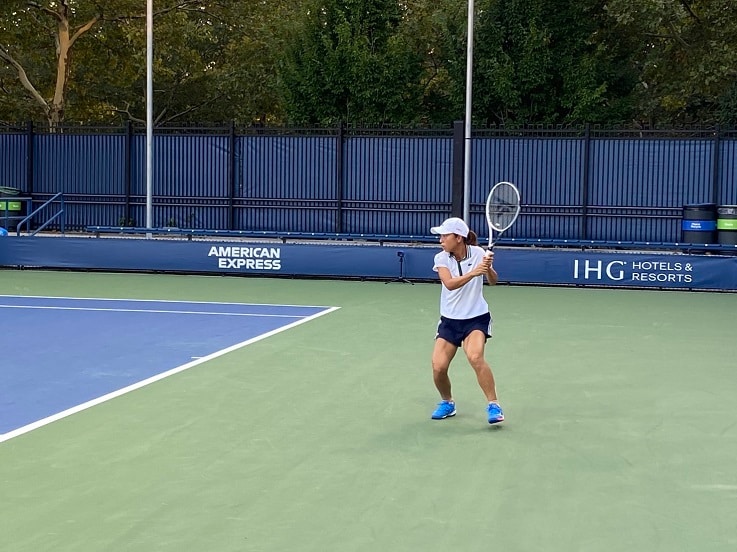 During the Grand Slam qualifying matches, I was far more nervous than I expected, which kept me from playing at my best, but this opportunity has given me confidence. I intend to come back and keep winning here, where the best players from around the world compete. This experience has renewed my determination. My coach and I will analyze my performance and decide what I need to work on to become even better next time!

Of course, I could never have competed in this tournament at all based on just my own efforts. Therefore, I am incredibly grateful to everyone who has encouraged and supported me. Thank you so much for cheering me on!

Hontama has been performing quite consistently this year, including staying in good physical condition, with two wins in tour competitions outside Japan.

She is strong both offensively and defensively and is known for her competitiveness. The confidence she gained from a Grand Slam match will definitely have a great impact on how she plays in the coming Japan League matches and future competitions. I am sure she will play at a much higher level of performance.

I look forward to seeing even more success from Hontama.