Surface Observations of SWNT in Polymer

Observations were made of a gel formed into films from a mixture of an imidazolium ionic liquid and single-wall carbon nanotubes (SWNT). The topographic image in Fig.1 shows SWNT unraveling from the bundled state to a web. Fig.2 shows elasticity observations of the same view field. It provides a clearer image of the CNT distribution in the gel. 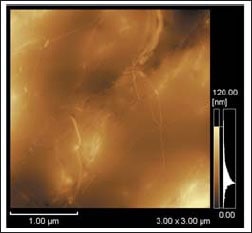 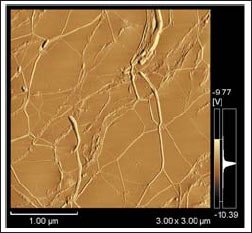 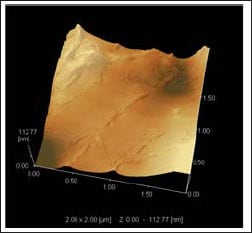