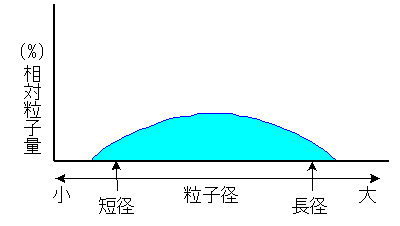 This is because of two things. Firstly, the direction of the acicular/fibrous particles is considered random in the cell. And, secondly, even supposing that the direction of the particles is fixed to some extent, ultimately the diffracted/scattered light from more than one fixed direction is detected since the shape of the sensor on the SALD series for detecting diffracted/scattered light is a quarter of a circle as shown in Fig. 4.