Mass spectrometry (MS) is a highly-sensitive detection technique that forms, separates and detects ions in the gaseous phase. When coupled to a GC, it immediately ionizes the gaseous eluted compounds, separates the ions in vacuum based on their mass-to-charge ratios (m/z) and eventually measures the intensity of each ion. These intensities are recorded to produce a series of mass spectra (Figure 10, blue) which displays the relative ion intensities against m/z. The eventual output of GCMS is the mass chromatogram (Figure 10, as represented in green and orange). A Total Ion Current Chromatogram (TIC) is a chromatogram created by summing up intensities of all mass spectral peaks belonging to the same scan. MS is one of many GC detectors but unlike other detectors, it can perform both quantitative and qualitative analyses. GCMS separates and quantifies multi-component samples and complex matrices, as well as have the capability to identify unknown compounds. These strengths of GCMS are clearly depicted when comparing GCMS and other GC detectors, such as GC-FID (Figure 11).

Both FID and MS detectors can quantitate using the peak intensity or peak area and identify compounds using the retention time from the chromatograms. However, the unknown peak detected by both techniques, can only be further determined and identified easily using GCMS. Data such as the retention time, molecular weight and mass spectra obtained from GCMS can be retrieved and used for a spectral library search. With additional software, GCMS can calculate the accurate mass and estimate the molecular composition. This is extremely valuable for the unique identification of molecules, also known as qualitative analysis. 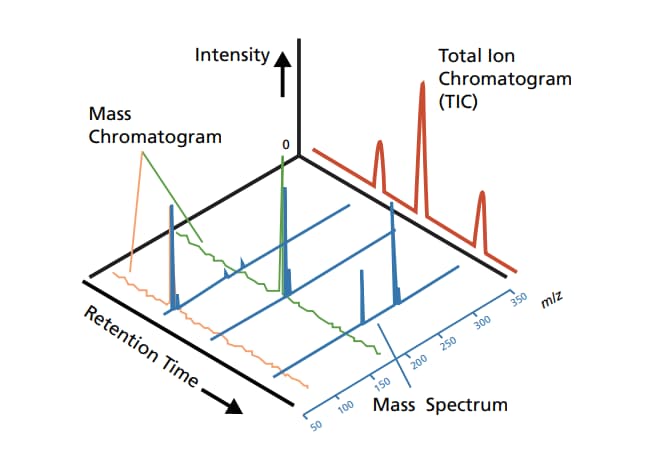 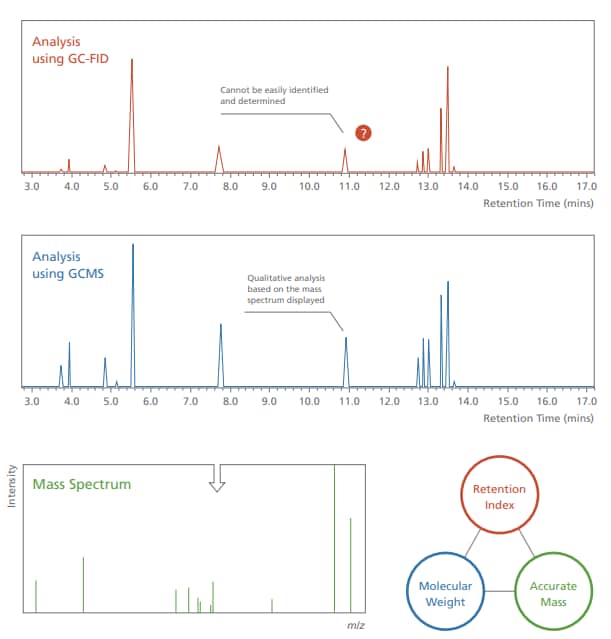 Figure 11. Comparison of GC-FID and GCMS.

With this, GCMS provides added specificity and sensitivity, and the convenience of simultaneous multi-component analysis. This is applicable to many industries and applications today, for example, environmental, forensic, food and beverage, clinical, pharmaceutical and the chemical industries. It is commonly used for the direct separation and analysis of air samples and is often labeled as the accepted technique or gold standard for separation and analysis. However, MS do have some limitations as compared to other techniques. As discussed previously,the volatility and thermal stability requirements for analysis using GCMS is one of its major limitations. As GC separates based on the boiling point and interaction with the column, for very closely similar compounds or properties such as certain isomeric compounds (e.g. naphthalene and azulene), they cannot be easily separated and distinguished by GCMS. For these compounds, the separation may have to be conducted or further improved by 2D-GC or a more specialized column.