The previous issue, UV Talk Letter Vol. 5, introduced measurement methods for flat glass, in compliance with JIS R3106 "Testing method on transmittance, reflectance and emittance of flat glasses and evaluation of solar heat gain coefficient." This issue introduces measurement methods for films for glazing used in construction according to JIS A5759 "Adhesive films for glazings," and methods for paint film according to JIS K5602 "Determination of reflectance of solar radiation by paint film."

1. Evaluation of the Optical Performance of Films for Glazing Used in Construction, Conforming to JIS A5759

JIS A5759 prescribes 87 % max. visible light transmittance, 5.9 W/m2K max. heat transfer coefficient, and 3 % max. ultraviolet transmittance for films applied to glazing used in building windows or entrances. The shading coefficient must match the performance, as shown in Table 1. Table 2 provides a description and equation for each item. 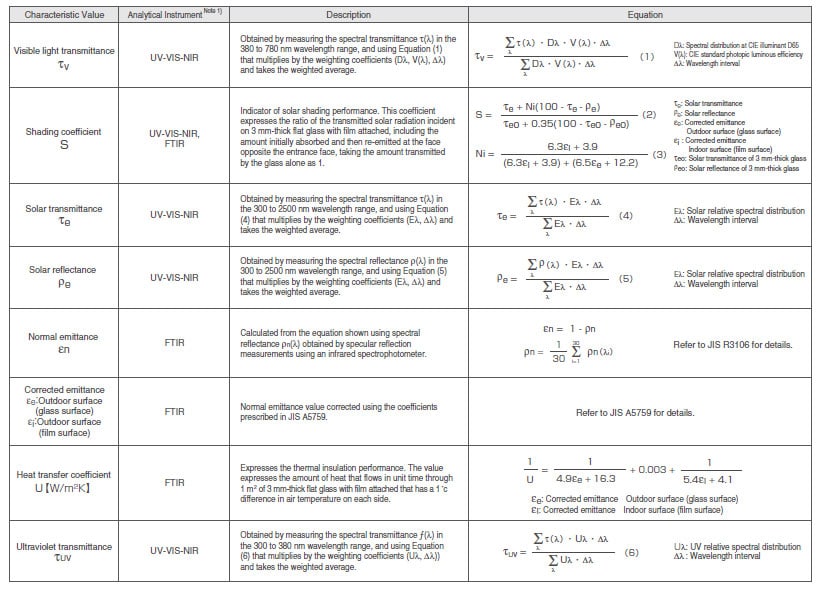 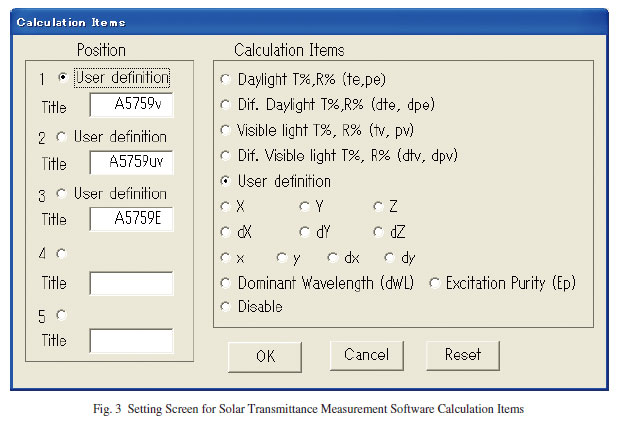 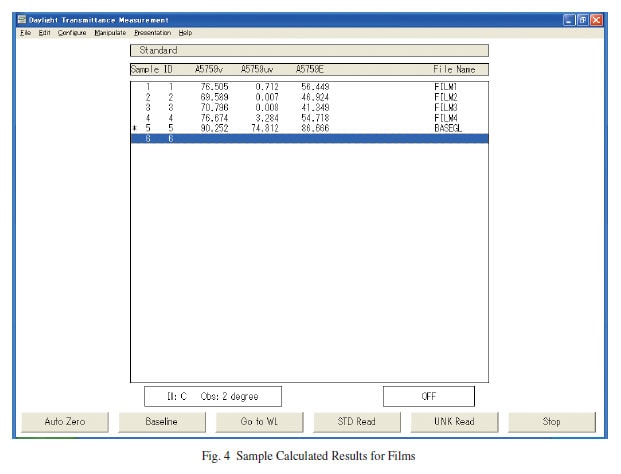 3. Determination of Solar Reflectance of Paint Film According to JIS K5602

Spectral reflectance measurements were performed on three types of paint applied to contrast ratio test paper (Paint Films 1, 2, 3). Measurements were made using a UV-3600 UV-VIS-NIR spectrophotometer with an ISR-3100 integrating sphere attachment under the conditions listed in Table 5. The sample was positioned against the integrating sphere, as shown in Fig. 5. The measured results are shown in Fig. 6. Paint Film 1 has lower reflectance than the other two paint films across the full wavelength range. Paint Film 2 offers equivalent reflectance to Paint Film 3 in the near-infrared range above 1200 nm but has lower reflectance than Paint Film 3 in the near-infrared to visible range below 1200 nm. Paint Film 3 offers the highest reflectance across the full wavelength range. 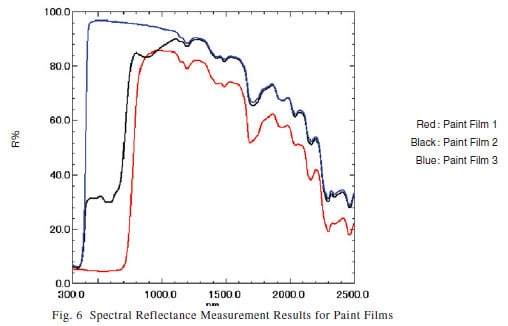