Ver. 2 is compatible with three Method Packages: Primary Metabolites, Cell Culture Profiling, and Residual Pesticides*2. With a revised algorithm, the processing speed in Ver. 2 is five times faster than in its previous iteration. This product was developed in collaboration with Fujitsu Limited. The Osaka University Shimadzu Omics Innovation Research Laboratories contributed to the creation of training data and product evaluation. 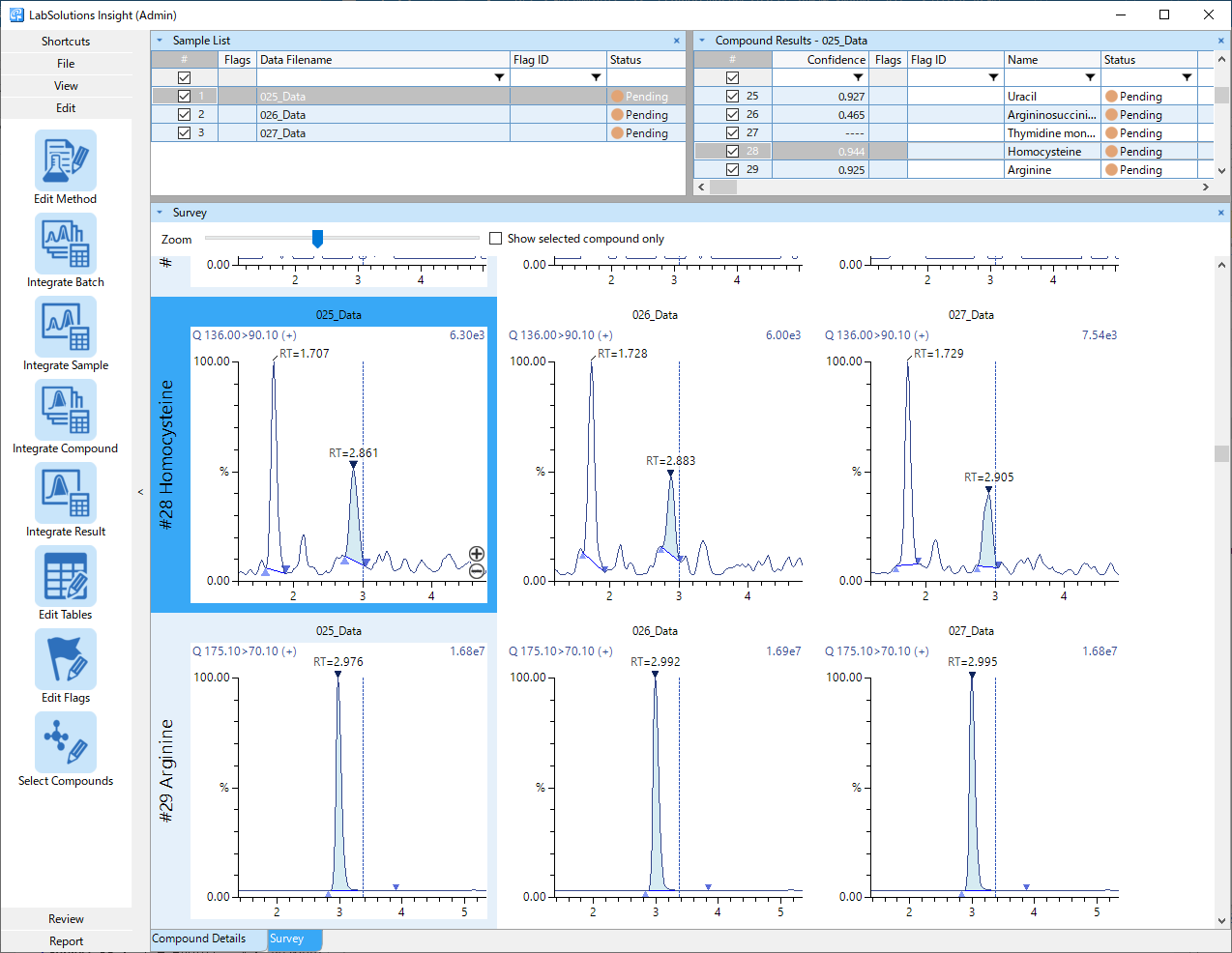 In addition to LC-MS/MS Method Packages for Primary Metabolites and Cell Culture Profiling, Ver. 2 is compatible with the “Method Package for Residual Pesticides”. Since LC-MS/MS analysis is the mainstream technique for analysis of residual pesticides, this expands the range of relevant users.

Due to changes to the algorithm, the data processing speed in Ver. 2 is five times faster than in the previous version. For example, it can process approximately 600 chromatograms in 15 seconds, a task that previously required 75 seconds. The standby time whenever the software is used has been reduced. If Peakintelligence Ver. 2 is used for automatic peak detection and visual correction, the process is completed in 10 minutes, compared to about 30 minutes for existing software (assuming the analysis of five samples with 100 compounds per sample). The time needed for peak picking has been reduced to 1/3.

3. Accuracy on Par with Experienced Users

With Peakintelligence Ver. 2, the concordance rate with data analysis by experienced users is at least 90 % regardless of which method package is used. The algorithm developed using AI will accelerate working practice reforms at research sites.