May 29, 2019 | News & Notices Dr. Teruhisa Ueda, President & CEO of Shimadzu Corporation was awarded an honorary Doctor of Science degree by the University of Kansas

Dr. Teruhisa Ueda, President & CEO of Shimadzu Corporation was awarded an honorary Doctor of Science degree by the University of Kansas at the commencement ceremony on May 19th.

The university first began awarding honorary degrees in 2012, and Dr. Ueda is the 17th recipient and the first Japanese to be awarded this honor. Dr. Billy Mills, the 10,000 m gold medalist at the 1964 Tokyo Olympics, and Dr. Elizabeth Broun, director emerita of the Smithsonian American Art Museum, also received honorary Doctor of Humane Letters and Doctor of Arts degrees respectively at the ceremony.

From 1989 to 1991, Dr. Ueda was engaged in the joint development of HPLC detectors at the Center for Bio Analytical Research, the University of Kansas. After returning to Japan, and using his experience at the university, he led many joint research projects with companies, universities, and research institutes all around the world. Those projects resulted in the creation of many new cutting-edge products and have elevated the Shimadzu’s presence in global markets. 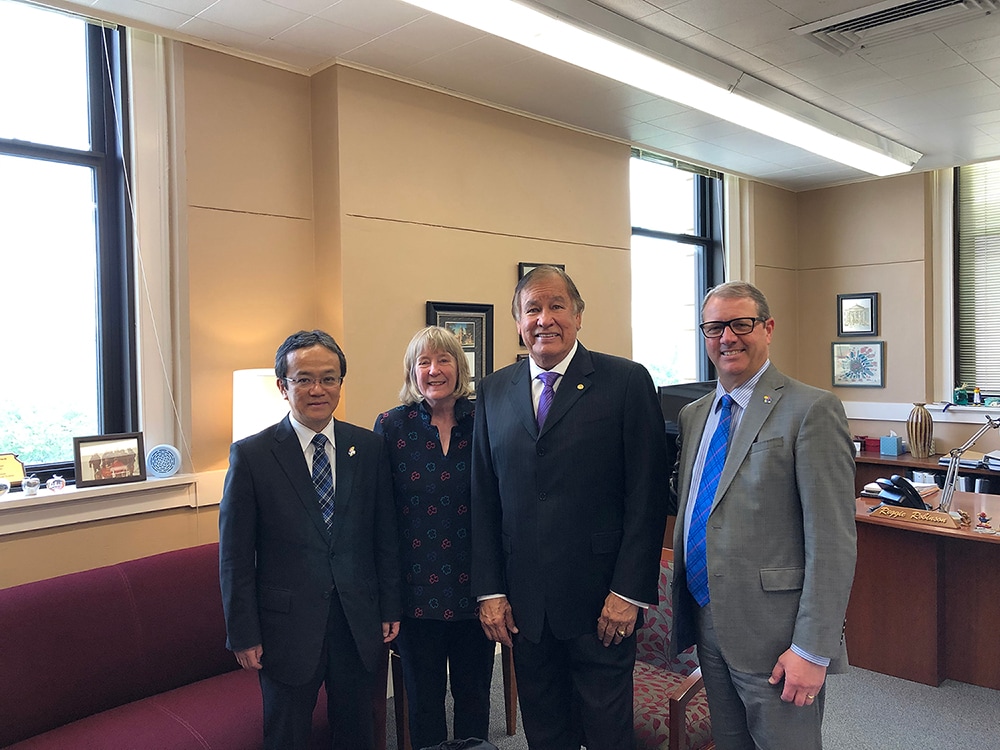 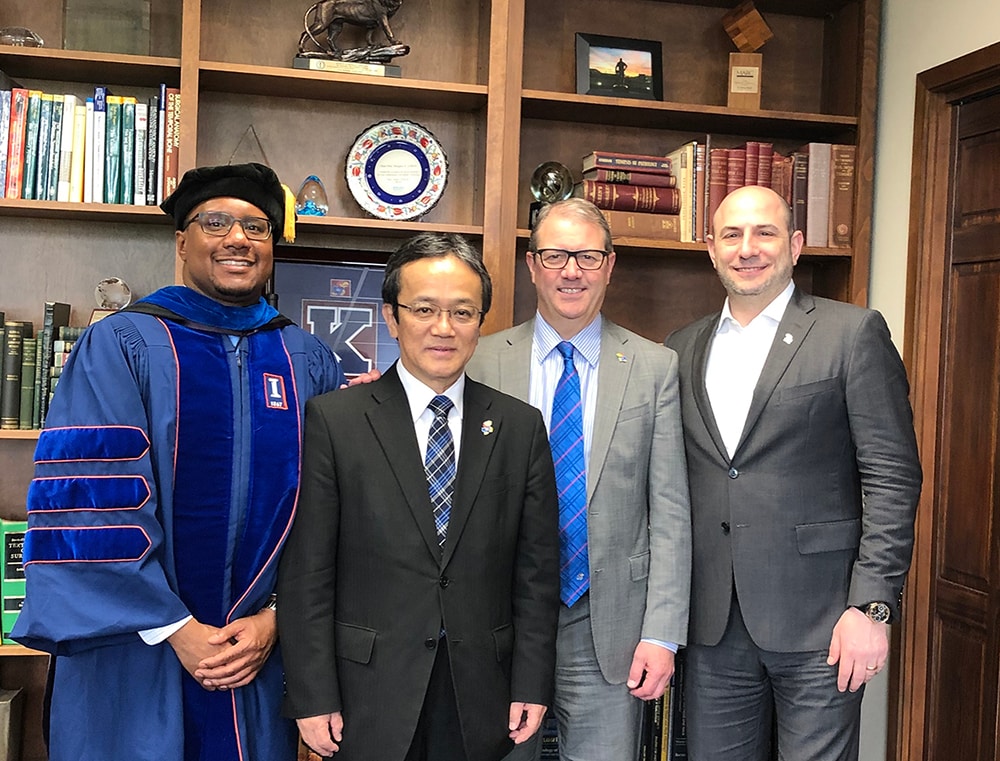