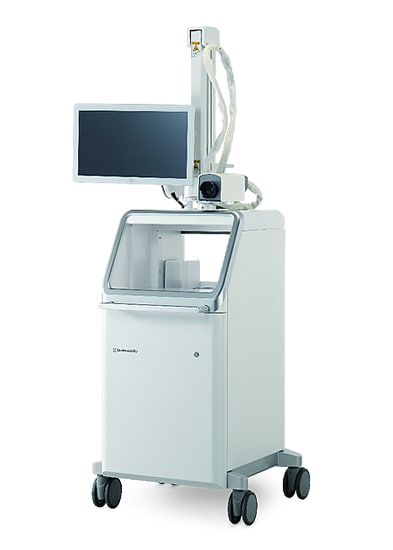 Shimadzu announces the release of the LuminousQuester NI near-infrared imaging system. This system consists of a camera capable of simultaneously imaging near-infrared light and visible light and the dedicated software. It is designed for nonclinical research applications that supports drug discovery research by combining a highly flexible camera that can be used in a wide range of environments and software with a high degree of usability.

At laboratories of research institutions, university hospitals, and the pharmaceutical industry where fluorescent dyes are used for drug discovery reaserches, near-infrared imaging is needed for applications to observe and verify the distribution and time-lapse changes of drugs within the body. Fluorescent reagents containing photoreactive fluorescent dyes are administered to mice and other samples, which are then irradiated with the light to excitate the fluorophore in the reagents. This fluorescent reaction is captured in images, so that the distribution of drugs within the sample can be observed. Conventionally, there are limitations associated with such tests, which include the impossibility of sample treatment during imaging as well as the inability to perform imaging on larger samples and to capture videos of the drug behavior during tests. A highly flexible imaging system that provides solutions for these limitations has been awaited.

The LuminousQuester NI imaging system captures near-infrared light that is less interfered with indoor lighting and for this reason imaging can be performed in a wide range of testing environments. Imaging and measurement can be performed on the sample placed on a workbench as is, enabling hands-free observations of the drug behavior while changing conditions such as the quantity of reagent to inject and the amount of light to illuminate. In addition, the camera position is adjustable freely to accommodate small samples (mice) to medium-sized samples (pigs). The dedicated software superimposes near-infrared fluorescent images and visible light images and displays the time-intensity curve which represents the intensity of captured near-infrared fluorescence in the graph on the same screen. This system is capable of imaging that enables easier observation of feluorescenct-labeled drug distribution and measurement of fluorescence intensities. 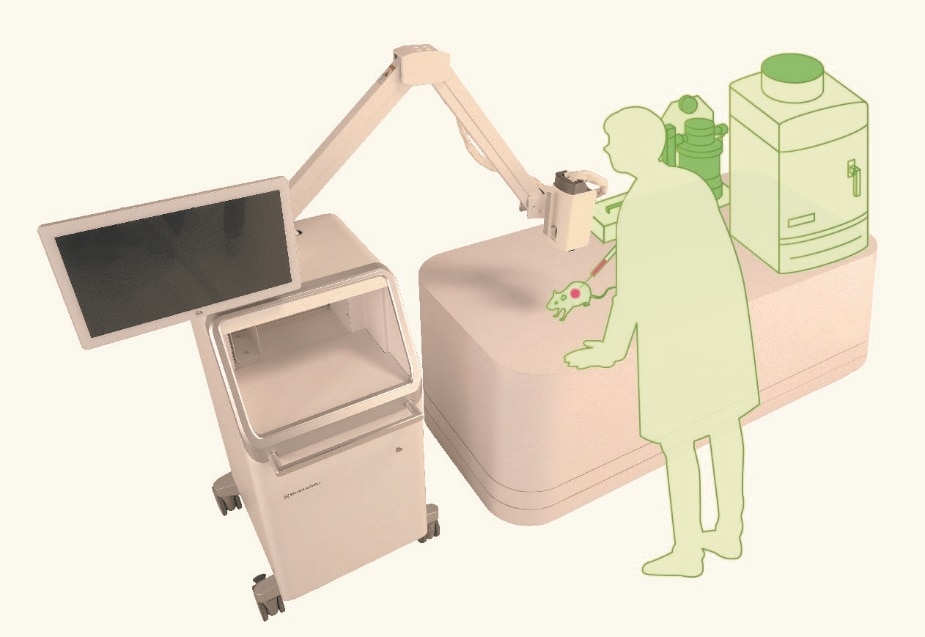 We will aim to contribute to increasing the efficiency of drug discovery research and improving the accuracy of safety evaluations of pharmaceuticals with our near-infrared imaging technology.

This system captures near-infrared light, which is less affected by indoor lighting, for imaging and for this reason samples do not need to be placed in a light-shielded box. With the sample placed as is on the workbench, it is possible to change the conditions including the amount of fluorescent reagent administered to the sample while performing imaging and observing the behavior of the drug simultaneously. The system eliminates the time and effort spent in fluorescence intensity measurements, enabling more efficient drug discovery researches.

With the movable main unit and a freely extendible arm, the camera position can be set no matter what the arrangement of the equipment in the laboratory is like. The camera can be positioned at the optimal angle and height to accommodate imaging of not only small (mice) but also medium-sized (pigs) samples.

3. Dedicated Software Equipped with a Variety of Functions

The dedicated software of this system superimposes near-infrared fluorescent images and visible light images, in which the locations of the fluorescent reaction in the sample is easily determined. During imaging, real time videos of the superimposed images are displayed together with time-intensity curve in the graph on the same screen. This makes it possible to observe the relationship between the behavior of the drug and the elapsed time. After imaging, the conditions including observation position on the sample can be changed on the user interface and the software converts the recorded data into time-intensity curve in the graph according to the changed conditions. The software is equipped with a variety of functions to accommodate a wide range of researches. 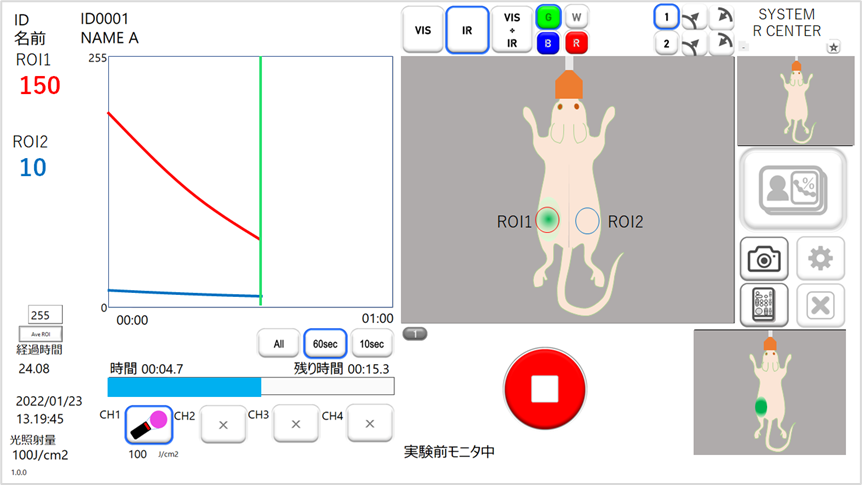 Caution: The LuminousQuester NI near-infrared light imaging system is research use only. It has not been approved or certified as a medical device under the Japanese Pharmaceutical and Medical Device Law. It cannot be used for therapeutic or diagnostic purposes and those procedures. Note that the excitation light source is not provided.