Shimadzu's proprietary technology has been adopted for the BID detector, which incorporates ionization via a new dielectric barrier discharge plasma.

It is more sensitive than conventional detectors, is able to detect components that were difficult to date for FID, TCD and other all-purpose detectors, and further, retains long term stability.

*) This differs depending on the measurement conditions and the samples.
As per Shimadzu analysis examples.

Detectors in which samples are ionized by excited helium are well known. For example, pulsed discharge photo-ionization detectors (PDD) quantify samples as shown below.

At Shimadzu, the BID technology was developed by incorporating our proprietary technology into a conventional detector. Shimadzu Proprietary Technology's features are as follows.

As noted earlier, the dielectric barrier discharge generates a plasma at a very low gas temperature (close to room temperature). There is almost no sensation of heat even if the plasma makes contact with the skin. A feature of this low heat generation is that temperature fluctuations at the plasma generating component are suppressed, which helps to minimize detector output noise. 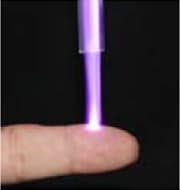 Dielectric barrier discharge is an old technique that has been used since the time of so-called silent electric discharge. However, progress in understanding atmospheric pressure plasma generated by discharge is recent. Combining information with respect to atmospheric pressure plasma from cooperative research at Osaka University with Shimadzu’s precision measurement technology has enabled the realization of a high sensitivity ionization detector utilizing these discharge characteristics. We would like to take this opportunity to express our gratitude to Associate Professor Katsuhisa Kitano of Osaka University, who has been involved in research and development from the beginning. 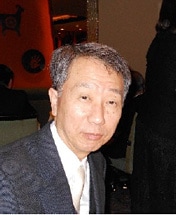 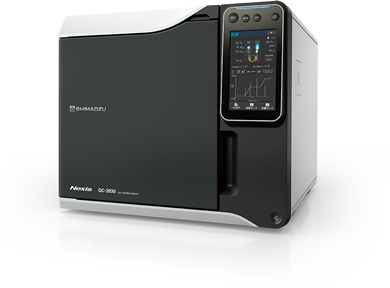 Back to Nexis Technologies