Akiko Omae Wins in the Women’s Doubles at the All Japan Tennis Championships! 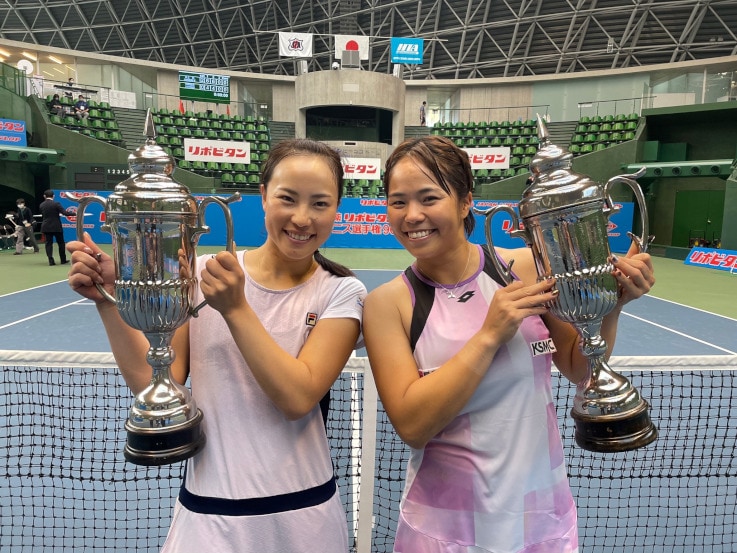 Akiko Omae, a professional tennis player of the SHIMADZU Breakers tennis team, won in the women’s doubles at the 96th All Japan Tennis Championships!

Straight Wins in the Final

Omae was paired with Miyabi Inoue (Tennis Lounge), and played in this tournament as the No. 4 seed.

In the final match, she took advantage of her offensive ability to win in straight sets, picking up her second trophy in the women’s doubles at the All Japan Tennis Championships.

The final match in the women’s doubles

Miyabi Inoue, who was paired with Omae, has decided to retire following this competition. Therefore, Omae set out to win in view of her friendship with Inoue.

It was Miyabi’s final match before retirement, so I was very happy that we could cap it with a victory. I myself have won in the doubles for the first time since 2016, and I felt happy and relieved.

I think we won the championship thanks to everyone's support. Thank you so much. I will continue to do my best!

A ceremony in the women’s doubles

Omae has belonged to the Shimadzu as a pro-tennis player since 2012.

She is good at offensive forehand and drive-volley, and she always livens up the team with her cheerful character.

In 2017, she appeared in the main draw in doubles at The Championships, Wimbledon, and became the first player who reach the main tournament in a Grand Slam from Shimadzu.