Mai Hontama Qualifies for the Main Draw in a Grand Slam Competition in Singles! 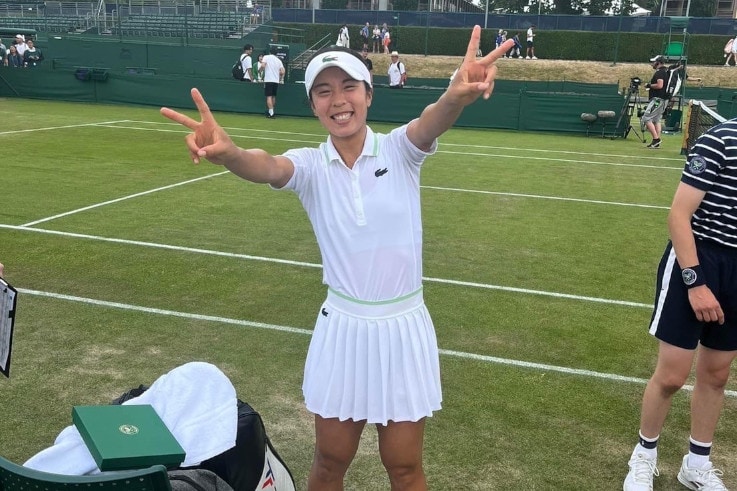 A smile broke out after qualifying for the main draw

Mai Hontama, a professional player with the SHIMADZU Breakers tennis team, participated in the Wimbledon Championships for the first time!

She became the first Shimadzu tennis player to qualify for a Grand Slam (the four major tournaments) and compete in the main draw, winning in the first round!

A Long-Awaited Breakthrough in Qualifying for a Grand Slam!

This is the fourth time Hontama has competed in a Grand Slam qualifier. To qualify for the main draw, players need to win three matches in the qualifying tournament, and until now, she has fallen just short.

This time, she showed outstanding play and persistence, winning in straight sets in the first qualifying round and coming from behind to win both the second and third rounds.

The spectators gave her a warm round of applause as she qualified for the singles tournament for the first time, both on her own and as a team! 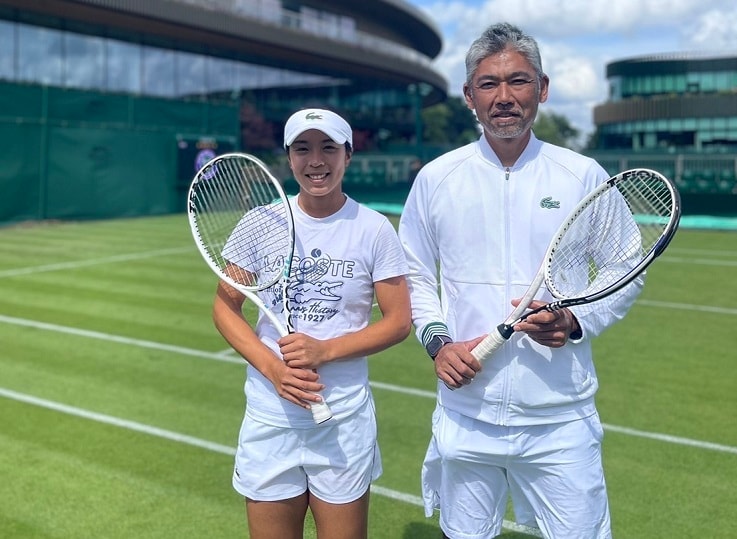 With her coach, Jaime Higa

A Memorable Win in the Main Draw!

Hontama describes Wimbledon as her “favorite Grand Slam”. Her opponent in the first round of the main draw had a higher world ranking, but Hontama took control with her signature sharp strokes. Her opponent withdrew in the middle of the first set and Hontama advanced to the second round.

Although she was unable to get through the second round, this memorable win at the sacred ground of tennis is now deeply etched in the history of the “SHIMADZU Breakers”!

Looking Back on the Tournament - Comments from Mai Hontama

―Please tell us candidly how you feel now.

I spent a very satisfying two weeks. Winning the tough qualifying rounds and competing on the main stage gave me a lot of confidence. And I enjoyed the competition.

―How was the atmosphere at Wimbledon?

It was a nice, calm, and elegant venue, but I felt very tense, and the atmosphere was quite unique.

―What did you think about when playing on the grass court?

―How did you feel when you were selected to play in the main tournament?

I couldn’t believe it. It was as if I was dreaming. But I was extremely happy. I felt that I finally reached the place where I had always wanted to play.

―What are your goals and ambitions for the future?

My goal is to make it into the top 100 in the world rankings. I always want to keep competing in Grand Slam tournaments!

―Could you give a message to your fans?

I am very grateful for all the support I have received.

Thanks to your support, I am always able to keep playing on the court until the end. I will keep working hard to improve my game and get even better! 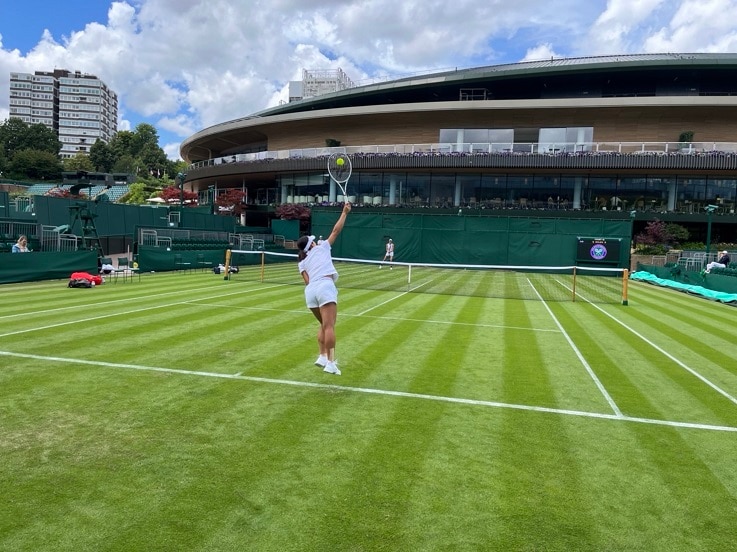 Practice at the Main Draw venue