The three major greenhouse gases that contribute to climate change are carbon dioxide (CO2), methane (CH4), and nitrous oxide (N2O). Emissions of carbon dioxide are the largest source, followed by methane. The global warming potential (GWP) of methane is more than 20 times that of carbon dioxide, and countermeasures to mitigate it are necessary. At the 26th UN Climate Change Conference of the Parties  (COP26), more than 100 countries and regions launched their participation in the Global Methane Pledge to reduce global methane emissions by 30% from fiscal 2020 levels by 2030. It is said that the world's largest source of methane emissions comes from livestock, but in Japan, the largest source of methane is rice paddy cultivation.
This time, we interviewed Dr. Shigeto Sudo of the National Agriculture and Food Research Organization (NARO), who is studying mitigation options for paddy fields. He developed an analyzer that can automatically and simultaneously analyze three components of greenhouse gases (CO2, CH4, N2O). 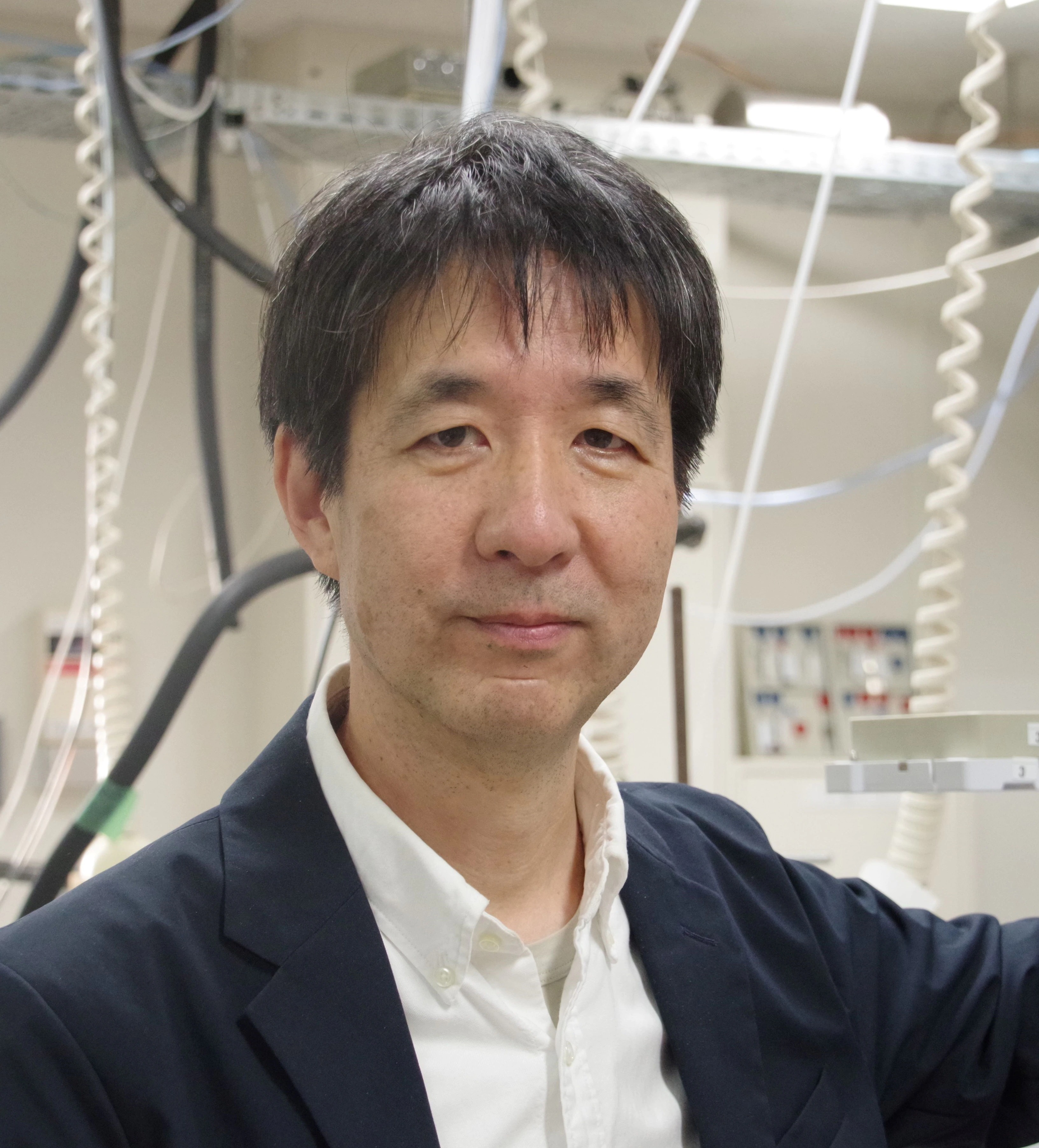 Please tell us about your research.

I majored in chemistry when I was an undergraduate student, but when I entered graduate school in 1990, I specialized in atmospheric chemistry, researching the causes of the ozone depletion, which was one of urgent environmental issues at that time. I started using Shimadzu's GC-14A gas chromatograph equipped with an electron capture detector (ECD) when I was developping a method to analyze the concentration of N2O from bubbles in Antarctic ice core samples as a dating method for N2O. Since the theme of my doctoral thesis was related to both methyl bromide, a soil fumigant used in agriculture, and N2O, a major agricultural emission, NARO, to which I am now affiliated, approached me with a job offer. 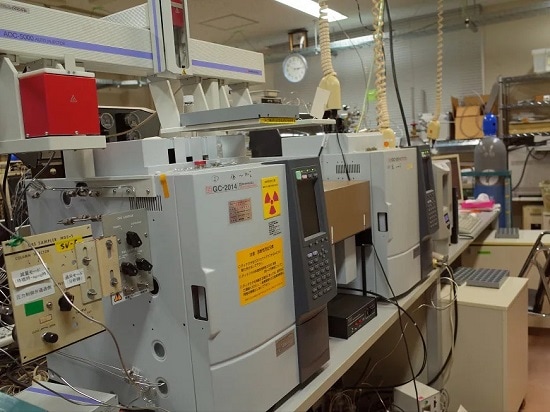 I started to develop an automated combined analyzer for three greenhouse gases (CO2, CH4, N2O) (referred to below as an automated three-greenhouse-gas analyzer) in 1999, the year I was appointed to my job. I spent five years emanating the idea and about six more months assembling the system. The first unit (Unit 1) was completed by combining two gas chromatographs (GC-14B). The problem of global warming became more serious during the five years completing the project, and it became necessary to measure a larger number of samples, so in the latter half of 2005, we completed the second unit (Unit 2), an improved version with a headspace sampler (HSS-2B). The path to the completion of Unit 1 was difficult because it was all done by hand. However, after Unit 1 was complete, we applied for a patent and asked Shimadzu Corporation to produce Unit 2 as a custom-built special order. 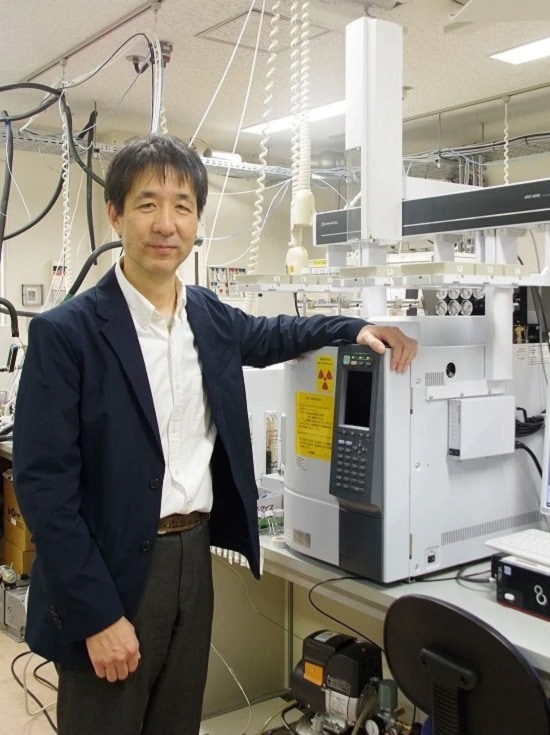 The automated three-greenhouse-gas analyzer enables the measurement of CO2, CH4 and N2O in a single sample injection. This resulted in reduced analysis errors, increased processing speed, and significantly reduced running costs with the use of a common carrier gas.
After upgrading the GC to GC-2014 and the automatic gas sampler to AOC-5000 respectively on Unit 3, two major reforms were adopted for Unit 4, which was completed in 2019. First, we changed the carrier gas from helium to nitrogen. Helium, which we had previously used, has been difficult to obtain since 2010 due to supply shortages. This change was not straightforward and required two years to complete. Second, we reduced the number of gas chromatographs from two to one while keeping the same functionality. In addition to making the system more compact, this also reduced costs.

As an example of the use of the automated three-greenhouse-gas analyzer, please tell us about your efforts to control methane in paddy fields.

The major source of methane emissions in Japan is rice cultivation. In order to reduce methane, whose global warming potential is more than 20 times that of carbon dioxide, it is vital to control the generation of methane from the paddy fields that cultivate rice, the staple food of the Japanese people.
Although there are regional differences in the timing of methane generation from paddy fields, the activity of methanogens increases when there is water in paddy fields from mid to late June when new stems emerge from the original stem.
Then, around August, the rice plants act as straw and release large amounts of methane into the atmosphere. Traditional Japanese rice cultivation methods include draining the paddy field for a period of time to keep the roots healthy. We found to extend 1 ~ 2 weeks of the dry period was effective in suppressing methanogens activity and reducing methane generation. 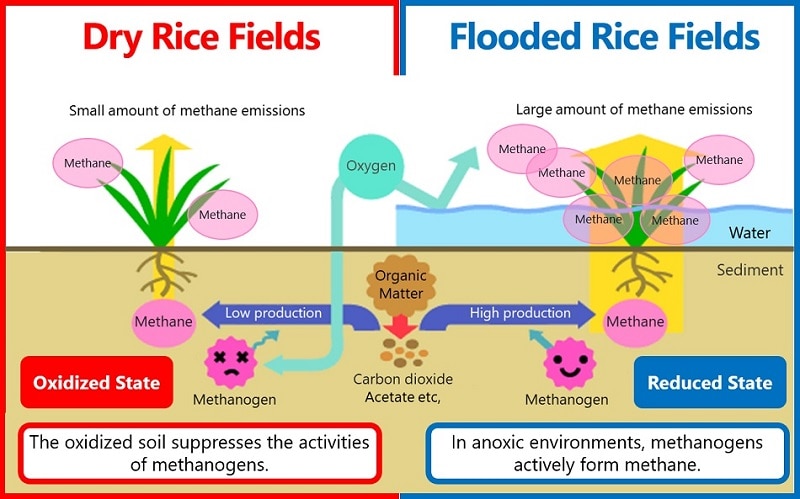 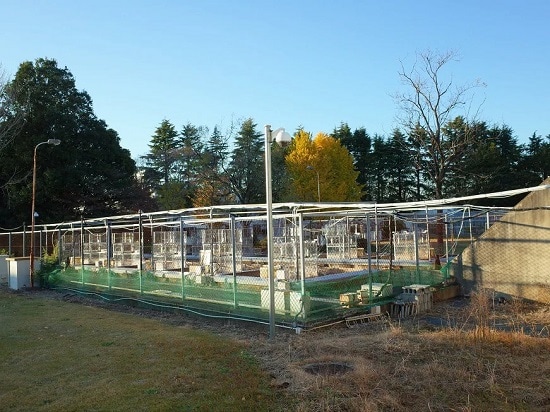 A manual published by NARO in 2012 to serve as a reference for the study of rice cultivation is issued to farmers and local governments.
One of the most important tasks in preparing this manual was to identify changes in the concentration of greenhouse gases. To do this, we utilized the automated three-greenhouse-gas analyzer, which automates the measurement process from gas sampling to injection. The development of this system, which offers rapid and highly accurate analysis, has contributed to the suppression of methane generation in Japan. We have also demonstrated the system in India and Southeast Asia, where rice cultivation is also practiced. We hope to use this method to mitigate methane emissions in rice cultivation not only in Japan but also in the rest of the world.

What do you think of the instruments you are using, and what are your expectations for Shimadzu Corporation?

I have used Shimadzu's analytical instruments for a long time and have a good grasp of their features. Also, I think the design and support are excellent, with parts that are reasonable and easy to obtain and systems that are ready to customize. When I first started to develop the automated three-greenhouse-gas analyzer, I built Unit 1 by myself. Since Unit 2, Shimazu's service department has responded well to our requests, and now they are in the process of building Unit 5.
No one trusted this system when it was first developed. But since the release of Unit 4, Shimadzu Corporation has collaborated with us to develop and commercialize the system, and the product is now being used in a variety of places. The system has advantages in terms of analysis speed, accuracy, and running cost, and we hope that it will be used more widely in the future for data collection in greenhouse gas analysis.
It is very important to understand greenhouse gases in order to solve climate change problems. I have been working on this research for 20 years with the idea that Japan should take the initiative in analytical technology. I hope Shimadzu will continue to play an active role in the world with its expertise in analysis to combat global warming. 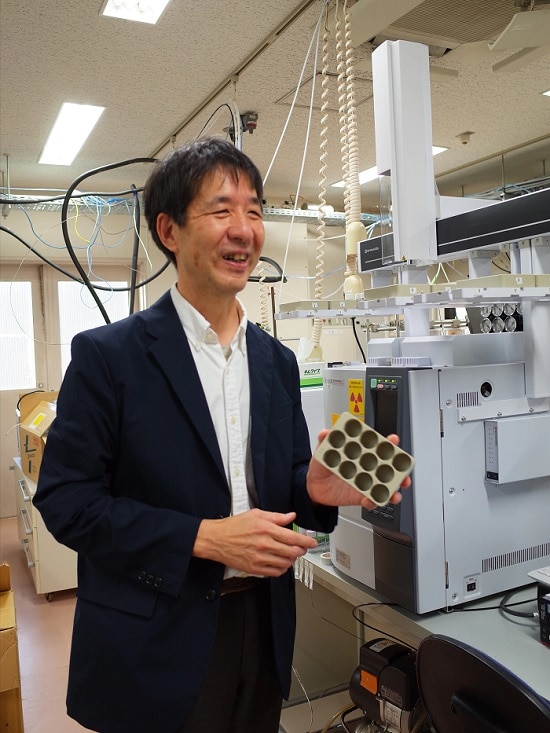 Many Shimadzu products such as gas chromatographs are used in your laboratory besides the automated three-greenhouse-gas analyzer Unit 1-4. We will continue to develop products to make further contributions. Thank you very much for your valuable talk today.