Highly sensitive and high-resolution analysis was conducted by the CeB6-EPMA, which revealed the existence of sulfide non-metal inclusions. Their shapes indicate the coexistence of exogenous inclusions 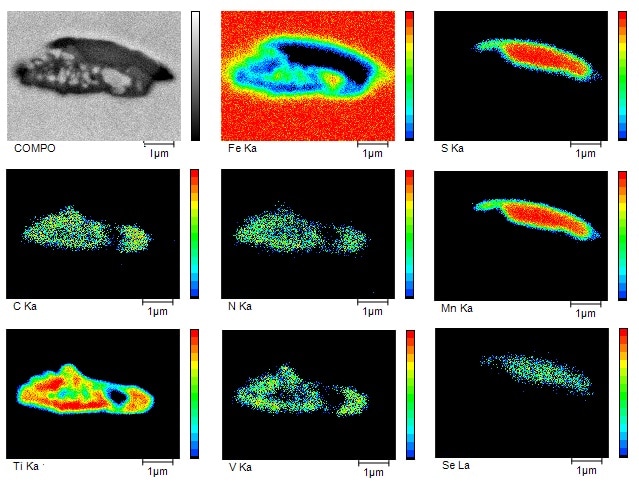 The electron probe microanalyzer is a non-destructive measurement instrument that irradiates the sample with a finely focused electron beam to reveal the element composition of small areas. It allows the highly sensitive analysis of elements in micron-scale regions on the sample. Simultaneously using submicron-order quantitative analysis and SEM images permits applications to shape inspections. Cause analysis can be performed immediately after foreign matter is discovered.