Examples of the analysis of kerosene and light oil using capillary columns are introduced here.

A 60m non-polar capillary column was used. Analysis was carried out by the split method. 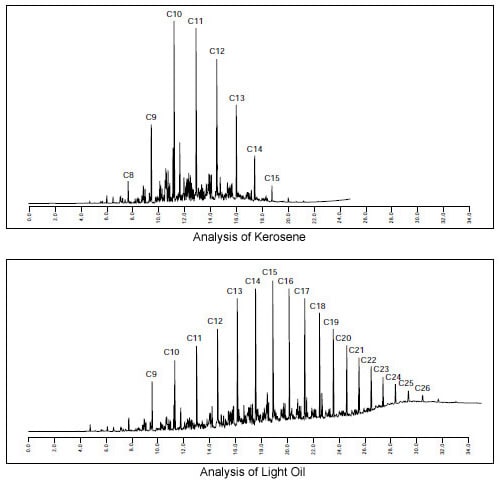