Simultaneous measurement with fNIRS and EEG was used to investigate the relationship between neural activity and the hemodynamic response of the somatosensory cortex to electric stimulation of the median nerve*.

* The median nerve extends from the brachial plexus and runs roughly down the center of the abdominal side of the upper extremities. 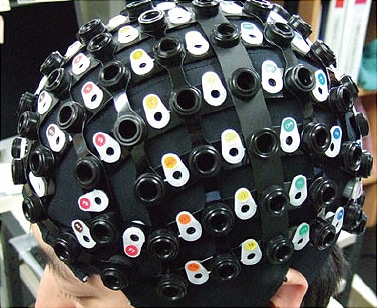 ) located midway between the NIRS transmitter and receiver probes (

) to align the NIRS channels (measurement points) with the position of EEG probes (Fig. 2a and 3a). 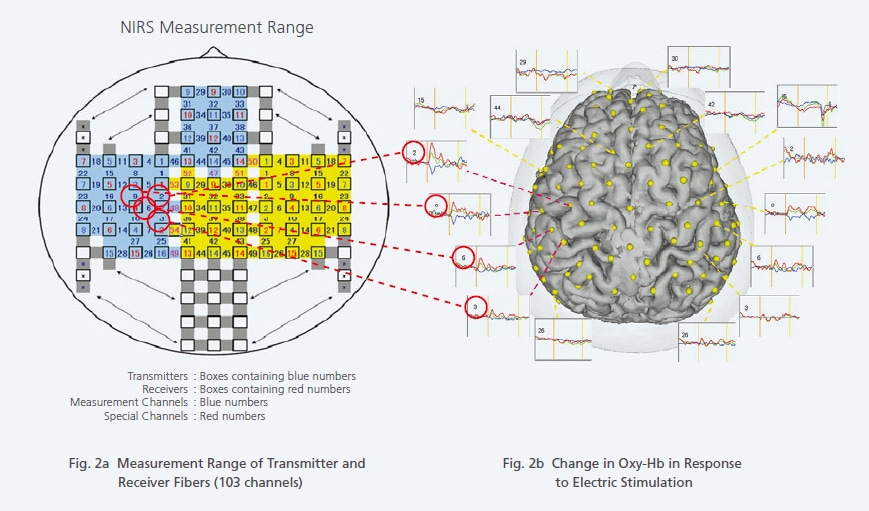 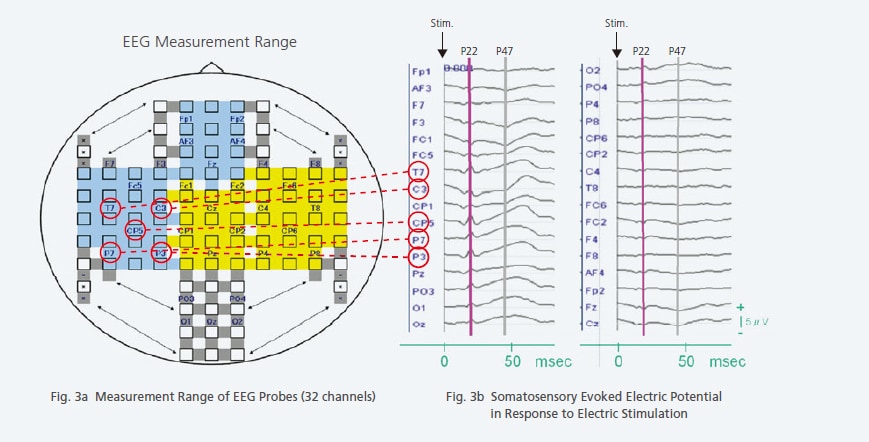 Of all the locations where Oxy-Hb (Fig. 2b) and somatosensory evoked electric potential (Fig. 3b) were measured, the somatosensory evoked potential at P22 (positive wave at 22 ms of latency) increased in the primary somatosensory cortex of the ear (left) on the opposite side from the side that was electrically stimulated (Fig. 3a and 3b). In addition, Oxy-Hb increased in the primary somatosensory cortex of the opposite ear from the electrical stimulation 5 seconds after the electrical stimulation (Fig. 4). Simultaneous measurement using NIRS and EEG is especially effective for investigating the correlation between hemodynamic response and neural activity.

The laboratory model is ideal for a wide variety of basic research fields.
With a broad range of possible measurement regions, it can be readily customized for specific experimental conditions.

The portable model is ideal for field research.
It expands the possibilities for measuring brain function in a diverse range of applications and research fields.