The system is able to easily determine the existence of fucose, which is implicated in antibody-dependent cellular cytotoxicity (ADCC).

In addition to the sugar chains in Fig. 2 and Fig. 3, the existence of other sugar chains with structures G1 and G2 was confirmed.

As this analysis used antibodies excised from the gel as the starter substance, Prominence nano/LCMS-IT-TOF was used for trace analysis. 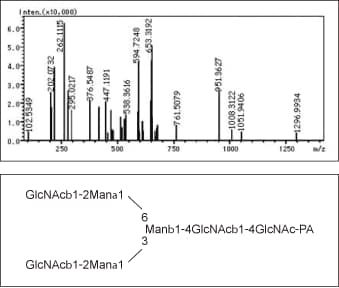 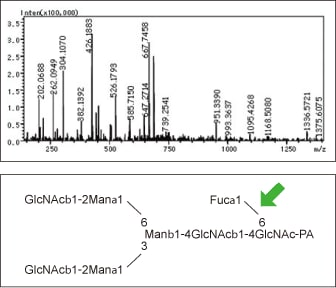