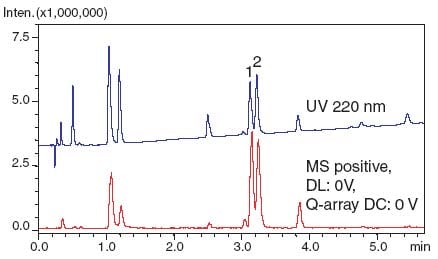 MS/MS measurements by LCMS-IT-TOF were performed to predict the structure. Both positive and negative detection indicated C15H20N2O3S as the first candidate.
Benzylpenilloic acids (Fig. 2) are known impurities in penicillin G.
Based on structural predictions, these compounds are thought to be present, as they exhibit similar mass spectral patterns with two adjacent peaks. 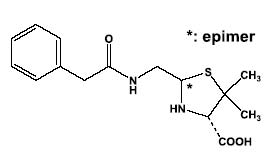