Summary of the sessions

The first day began with remarks from Shuzo Maruyama, General Manager of the Analytical and Measuring Instruments Division at Shimadzu Corporation. The following KOL talks ranged in applications from food contamination, drug delivery, and disease diagnostics.

The first KOL to speak was Dr. Eiichiro Fukusaki who described his use of metabolomics to study animal development, cancer diagnostics, and its use to extract flavors from foods, showing the use of Shimadzu mass spectrometry to identify dipeptides as additives that can enhance taste sensations, and ended with analysis of the amino acid enantiomers, which also have application to food quality.

Dr. Erich Leitner also discussed food analysis, with focus on volatile compounds in foods including flavor and off-flavor and also on food contamination. Whereas Dr. Fukusaki’s method used LC-MS/MS and LC-TOF MS, Prof. Leitner used GC, GC-MS, GC-MS/MS and two dimensional techniques (MDGC and GCxGC) for identification and quantification purposes. For the determination of mineral oil saturated hydrocarbons (MOSH) and mineral oil aromatic hydrocarbons (MOAH) in food, which are odorless and flavorless to humans, an online HPLC-GC method was used. He noted that current sensitivity and selectivity demands require multiple instruments to be used for these projects.

Dr. Schug is a Shimadzu Distinguished Professor and is an analytical chemist whose interests are more about developing instrumentation for a broad range of research. His talk described efforts to develop triple quadrupole MS for intact protein quantification.

Dr. McIntosh spoke about her work on developing a pulmonary delivery system for the drug oxytocin. Oxytocin is used for postpartum hemorrhaging, which is the most common cause of mother mortality after birth. Currently, oxytocin is injected. This requires strict storage conditions to prevent drug degradation and professionals on hand to deliver the drug. Pulmonary delivery of a dry powder formulation of oxytocin is expected to improve stability and ensure the medicine is available to women in remote communities.

Dr. Zhang who spoke about the use of MS to diagnose inborn errors metabolism (IEM), which are a set of rare genetic disorders that compromise the conversion of food into energy, in the context of a multinational network.

After the lunch break, the parallel sessions took place with each having only one speaker. Dr. Lee spoke at the Food&Environment Session, and Dr. Chen spoke at the Clinical&Pharmaceutical Session. Dr. Lee gave a general talk about serendipity that often leads to significant breakthroughs, while Dr. Chen suggested a new paradigm that does not kill or reduce the sample (eg. proteins into peptides) is needed, since much information is lost with the modifications. Following each session of KOL talks was a panel discussion in which the audience was invited to ask all KOL questions (see Discussion Panels for details). 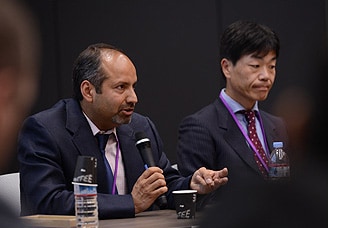 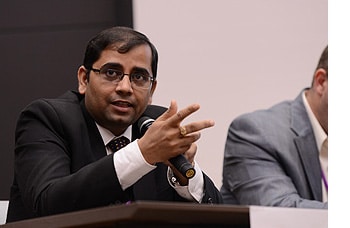 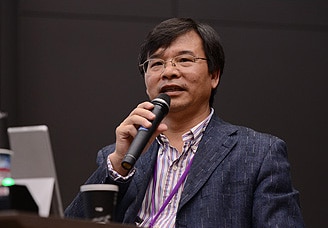 The second day began with talks from the 6 poster winners decided the night before at the dinner. The first speaker was Dr. Thomas, who spoke about her work on MRM assays for the quantification of cancer biomarkers. Dr. Zaitsu spoke about his development of real-time in vivo imaging using PESI/MS/MS. During the Open Round Table (the last session of the summit), one of the audience members commented how PESI technology was underrepresented in the talks. Dr. Vinueza spoke about his development of mass spectroscopy tools to detect new psychoactive substances, an issue of growing concern in the United States, which explains why his research has an unusual fundraiser, the National Institute of Justice. Dr. Izumi spoke about his work on the analysis of multi-residue pesticides. Dr. Santos was the only winner to come from a KOL lab (Dr. Schug) and described her studies of groundwater contamination in wells near areas undergoing hydraulic fracturing. Finally, Dr. Murata explained his analysis of lipidomics from urine samples to identify novel markers for food allergies.

After the poster-awards talks, Dr. Iida of the Shimadzu Corporation described some of the latest advanced healthcare technology provided by Shimadzu. Specifically, she described research that combines analytical techniques and medical applications for advances in prevention, diagnosis, treatments and drug discovery. The talk gave attention to the several innovation centers Shimadzu has established around the world for collaborations with KOL. Details of multiple collaborative engagements, such as connecting equipment with analytics, by building multi-omics analytics solutions on the Garuda Platform, an open, community-driven connectivity and automation platform for biology and beyond, were discussed.

Following her was Dr. Rai, who detailed his study for the identification of new biomarkers that can be used in the management of patients with prostate cancer, an intractable and often sporadic disease that cannot be traced to any one gene mutation. Studying the protein signatures in exosomes has helped reveal key pathways in androgen receptor signaling that is expected to provide insights into therapeutic response, distinguishing indolent and aggressive disease mechanisms.

Dr. Takeda spoke about his expectations for next-generation analytical technologies in clinical diagnostics. He discussed the benefits of integrating machine learning into analytical instrumentation. As a paradigm, he showed the application of PESI-MS and dual penalized logistic regression machine (dPLRM) to diagnosing cancer. This approach agreed with diagnosis by pathologists over 90% of the time.

The last talk of the summit was given by Dr. Kobayashi, who spoke about near infrared photoimmunotherapy (NIR-PIT) for cancer. This therapy is an antibody-based therapy that is activated by an optical stimulus to kill the cancer cell. He also reported published data that is using the same strategy to inhibit Treg cells in order to sustain the anti-cancer immune response.