Recommended for use in high-throughput analysis of samples that do not have a complex matrix.

Recommended for shortening the analysis time to that of a 150 mm column. Because Shim-pack FC-ODS retains a similar number of theoretical plates as a 150 mm column, it is possible to obtain the same result within about half of the time without changing the conditions. (In the case of gradient analysis, it is necessary to change the concentration.)

Recommended for analyzing samples that are difficult to be retained in other 150 mm ODS columns. 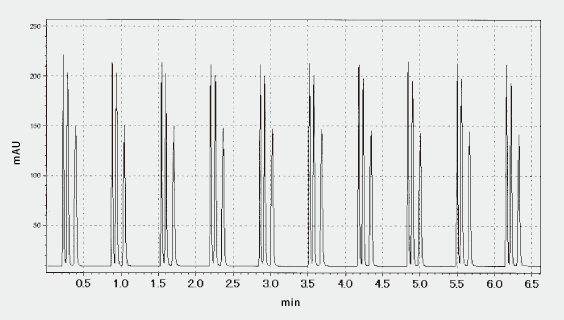 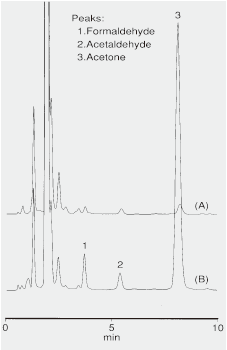 Chromatograms of Environmental Air (A)
and Indoor Air at Laboratory (B)