Preparative columns for use with chloroform and tetrahydrofuran.
These columns have substantial sample processing power as well as separation power comparable to that of columns for analytical use.

The Shim-pack GPC series are columns used in size exclusion chromatography that separate based on the size of the sample, typically polymers with a wide range of molecular weight. A solvent that completely dissolves the target polymer is used for analysis, and the most common GPC solvents are chloroform, THF, and DMF.

This guide explains how to exchange the shipping solvent (contained in a new column) for the Shim-pack GPC series to a different solvent required for analysis.

Before using any column, be sure to check the instruction manual included with the product for care and usage guidelines.

Check points before exchanging the solvent

Solvent substitution for a column can degrade the column packing material and render it unusable if it is exchanged incorrectly. Be sure to check the following before exchanging the solvent of a column.

1) Compatible solvents for each column

Refer to the following table and the column’s instruction manual to check the column specifications.

Calculate the volume of the column from the column inner diameter and length.

Some materials used in the HPLC flow path have limited durability with certain organic solvents. Refer to the user manual of each module to confirm all solvent compatibility before solvent substitution.

1) Heat the column while flowing the matching column-containing solvent at less than half the normal flow rate. (The set temperature for heating the column depends on the type of column and boiling point of the solvent  used.

3) Change the flow rate and temperature to the analysis conditions and start the analysis when the baseline and pressure are stable.

Do not exchange the solvent frequently since it can quickly degrade the column and reduce its lifetime. If you are using several methods which would require frequent solvent exchange, we recommend that you use a dedicated column for each solvent. 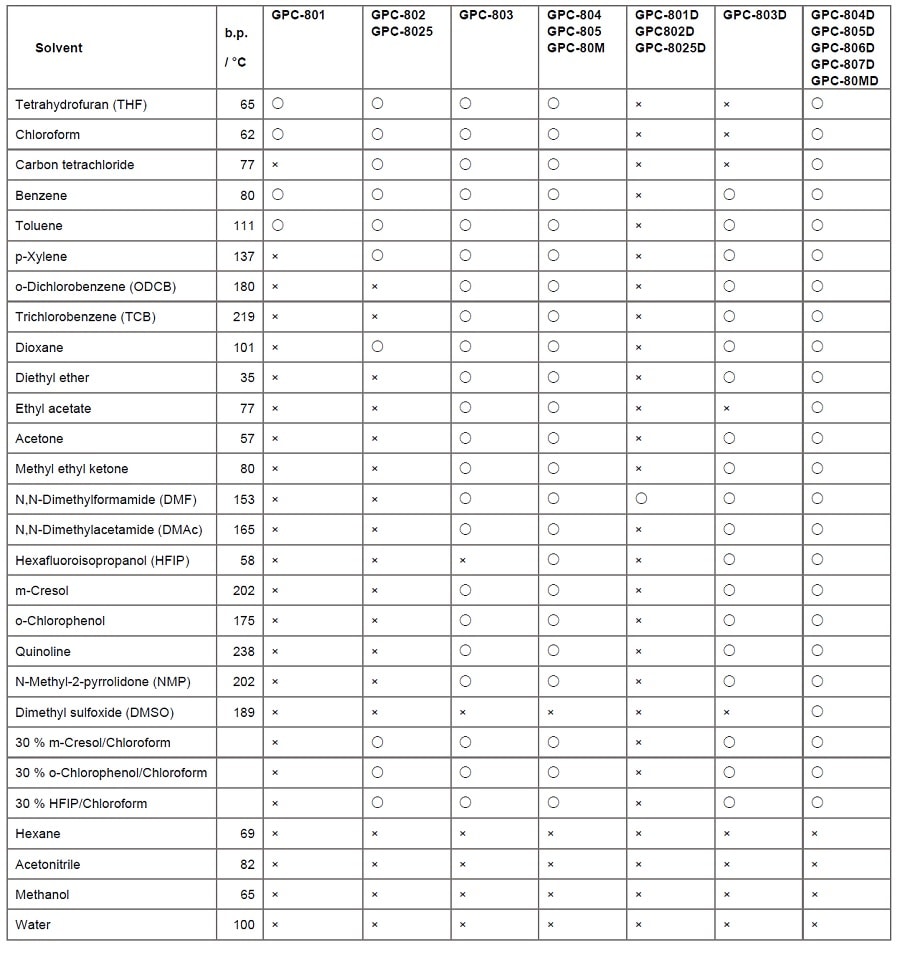 Miscibility of each solvent 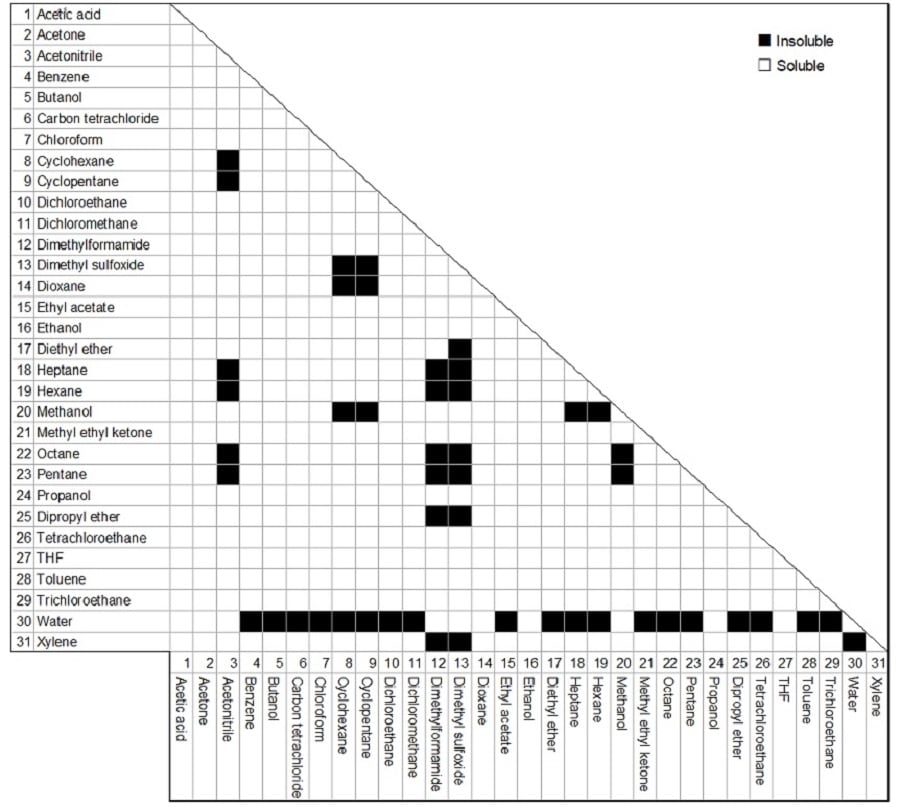