MultiPlex maximizes the efficient use of the MALDI-7090 through the combination of the integrated 10 plate loader, the 2 kHz ultra fast UV laser and the MALDI Solutions™ multi-user environment software.
MultiPlex enables both manual investigation and fully automated high-throughput analyses accommodating all types of experiments from single spot investigation to even the longest multi-plate LC-MALDI separations. Furthermore, it is also compatible with the FlexiMass™-SR steel reusable and FlexiMass™-DS disposable polymeric microscope slide format MALDI targets.
The MALDI-7090 is an ideal platform for individual laboratories and core facilities alike. MultiPlex expertly manages the MALDI-7090 workflow.
Experimental set-up, data processing and results review is now possible from any workstation linked to the instrument network thus creating a highly efficient and versatile multi-user interface. The realtime experiment queue within MultiPlex streamlines automated analyses such as LC-MALDI by assigning specific plate locations within the loader and monitoring progress of the submitted experiments. Plates can be loaded and unloaded from the 10 plate loader ready for analysis even while the instrument is running another experiment. The loader chamber also has the option of being held at standard atmosphere or vented to nitrogen to protect more sensitive samples.
Designed for maximum reliability, MultiPlex offers the ultimate flexibility in both high-throughput and multi-user environments.

The MALDI-7090 includes a number of proprietary features to improve sensitivity and productivity. 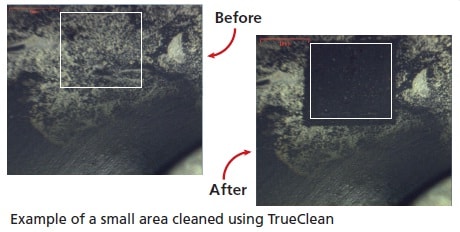 The MALDI-7090 sets a new standard in MS/MS acquisition. Several novel and exclusive technologies have been combined to create Hyper-MS2 delivering:

The MALDI-7090 is equipped with a dual wire-grid high resolution ion gate. 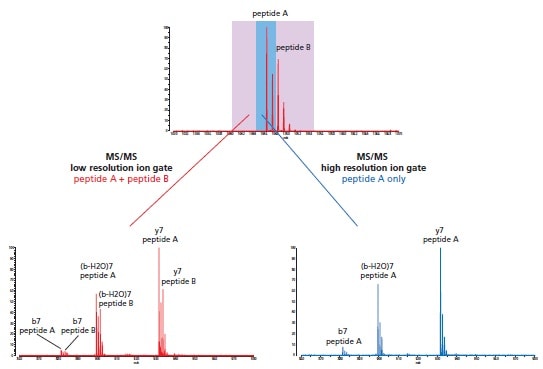 ASDF is a Shimadzu patented technology that enables unparalleled resolution in MS/MS acquisitions. Through correction of the axial spatial distribution of the ions generated, the mass resolution is significantly increased and becomes essentially independent of the laser power used to ionize the sample.

With ASDF, the MALDI-7090 can achieve mass resolution of 10,000 FHWM – unobtainable through pulsed extraction and ion optics alone. 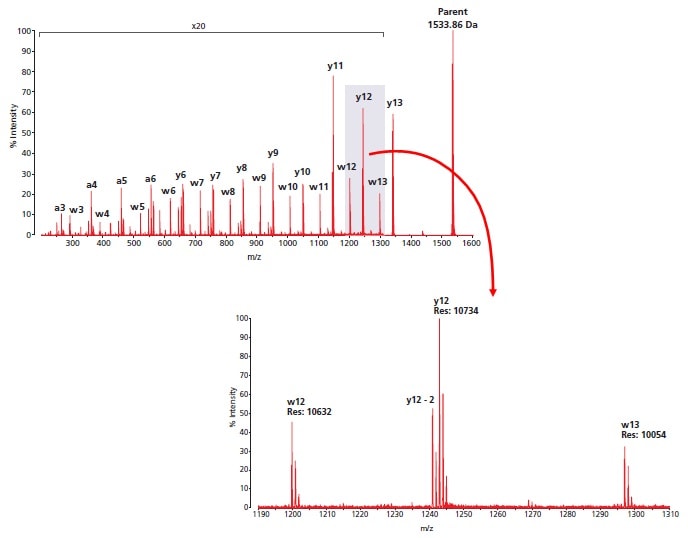 MS/MS fragmentation in the MALDI-7090 is true high-energy CID (HE-CID).

Ions enter the collision cell at 20keV extraction energy. Furthermore, collisions with helium rather than heavier gases (air or argon) result in the most efficient generation of ions only associated with HE-CID (e.g.: peptide side –chain and lipid backbone fragmentation).

MS/MS fragmentation is further enriched by retaining all of the metastable decay ions through the reflectron analyzer, maximizing the amount of information extracted from each sample. 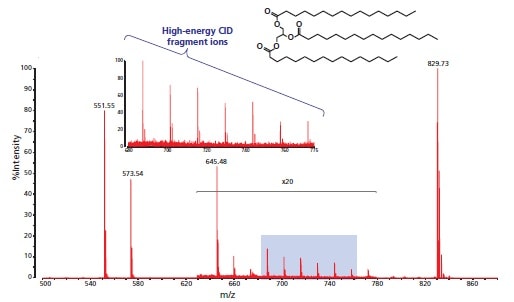 The MALDI-7090 can also be used in low-energy fragmentation mode without collision gas. Here the fragmentation relies on spontaneous metastable decay of the precursor and exhibits low-energy type ions.