Select Software Modules Depending on Application

These can be purchased in combinations as needed for customer testing requirements. If more than one is purchased, one-touch switching between modules avoids having to launch each program separately. 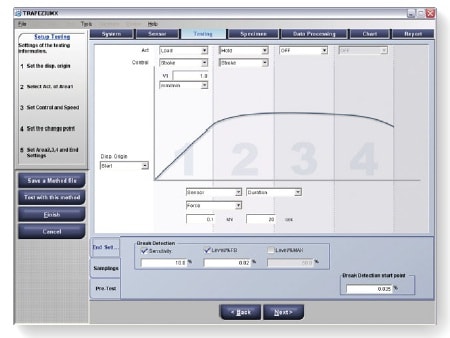 This software enables performing endurance testing and other tests that involve repeated application of test forces. 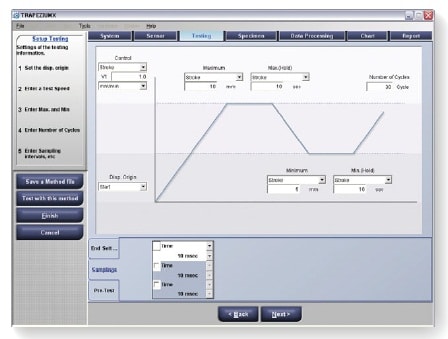 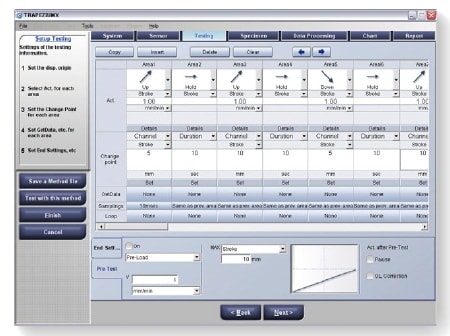 Concrete Software (for UH-X/FX Series only)

The software is used for testing concrete (compression, bending, and cleavage testing). It enables performing tests compliant with JIS A1108, JIS A1106, and JIS A1113 standards. 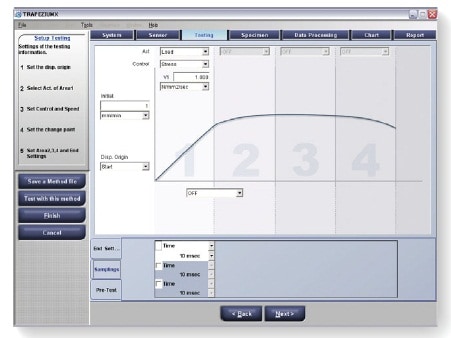 Recorder Software (for UH-X/FX Series only) 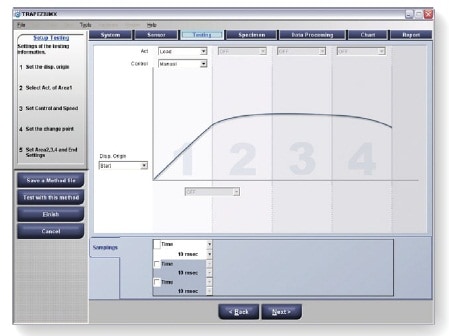 Texture software (for Autograph only) 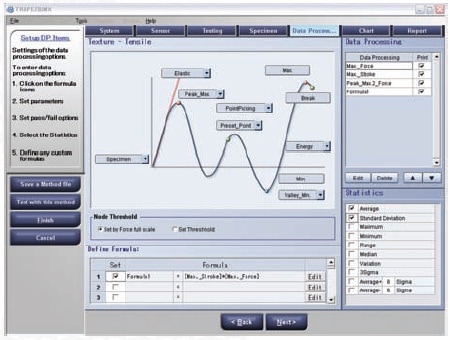 * Appearance and specifications are subject to change without notice.