All functions can be launched from the LabSolutions RF launcher. 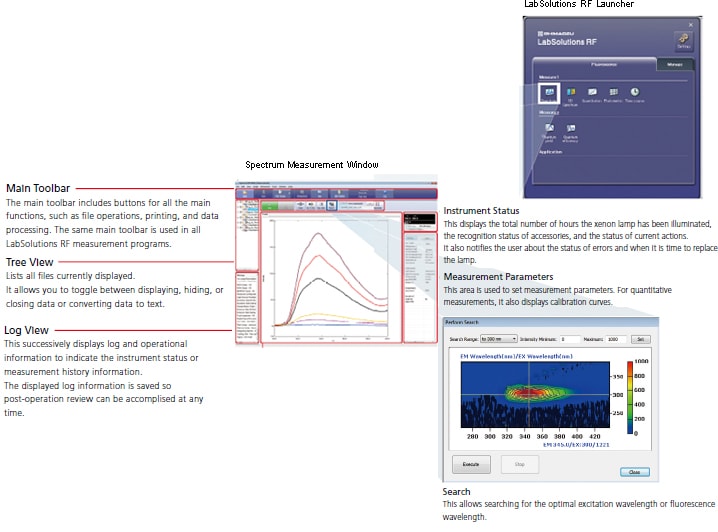 Spectral correction functions are included standard,
which allows you to display spectra corrected in real time! 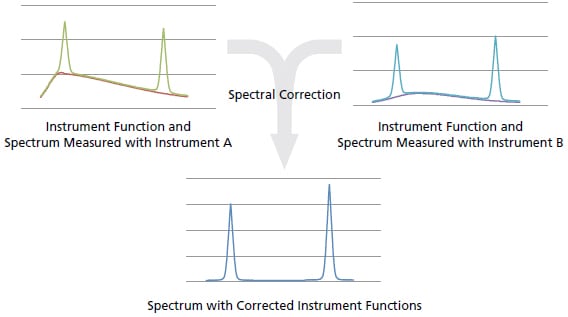 3D spectra can be measured at high speed.

Report formats can be created easily.

Printed reports can be freely prepared by simply dragging the desired content to the desired layout. This allows you reviewing the layout before printing, with content dragged into place, without using the print preview function.