The particle analysis software extracts multiple particles from SPM-9700 image data and calculates feature values for each particle, then analyzes and displays them. This is especially useful for processing data statistically. The following wide selection of feature values and their corresponding statistical quantities can be calculated, tabulated, sorted, or graphed. Numerical data can be exported. 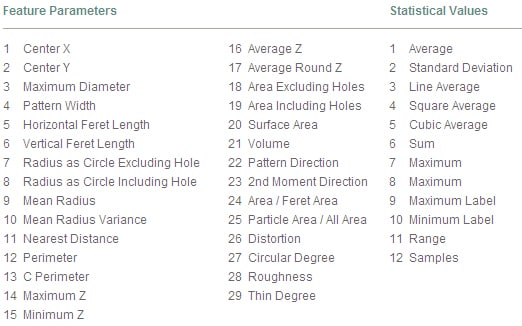 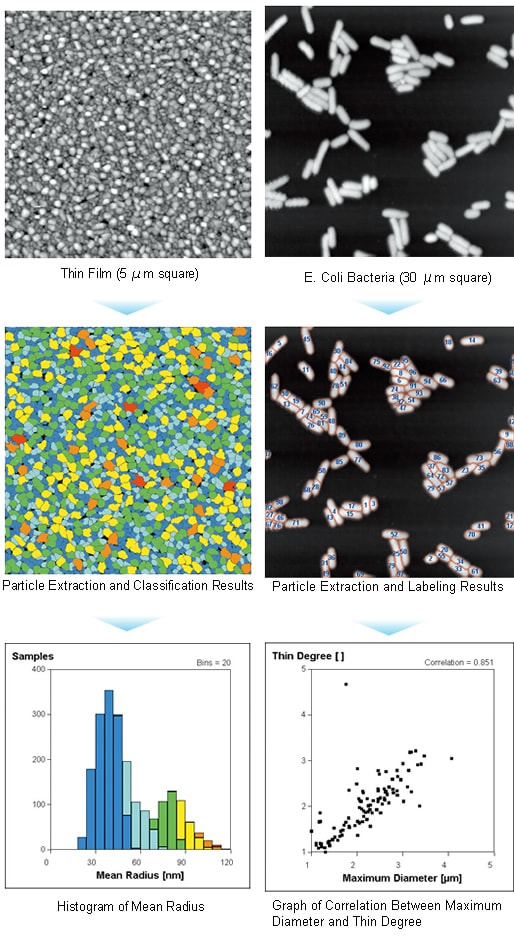 SPM Observations in a Controlled Environment

By adding an environment controlled chamber, the SPM-9700 scanning probe microscope can be upgraded to a WET-SPM series system. This is only possible for the SPM-9700, which was optimized for operating within a controlled chamber, by including features such as a Shimadzu proprietary head-slide mechanism, operation from the front panel, fully automatic approach, and open head design.
This is especially ideal for samples vulnerable to air or moisture.

These environment controlled chambers, CH-II (without TMP) and CH-III (with TMP), were designed specifically for the SPM-9700 series as a chamber system with built-in vibration damper. SPM units can be installed easily via the rear of the chamber, expanding the possible applications from atmospheric SPM to environmentally controlled SPM. This allows controlling not only the sample, but also its entire surrounding environment, it enables processing samples in a controlled environment and immediately observing them with the SPM (Japanese Patent No. 2612395 and U.S. Patent No. 5200616). A large view port and gloves for both arms allow freely pretreating samples inside the chamber. Furthermore, by adding optional products compatible with the environmentally controlled chamber, it is possible to use as in-situ SPM to monitor changes to surfaces in response to variations in physical quantities, such as temperature, humidity, pressure, light, and concentration. The SPM unit can be easily loaded into and unloaded from the chamber from the rear, allowing it to be used for both ambient atmosphere and controlled environment observations. 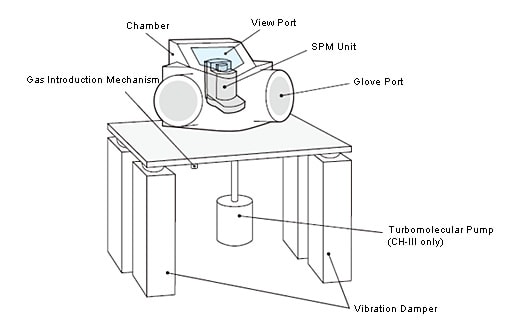 Controller is attached to an environment controlled chamber to control the temperature and humidity inside the chamber. 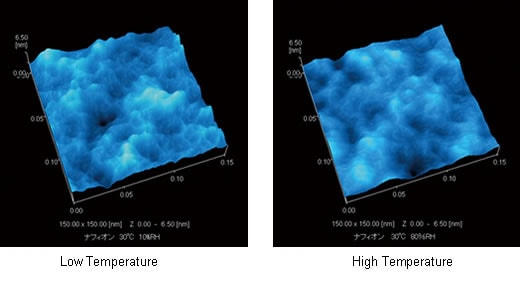 Variations in the surface shape of Nafion film due to changes in humidity were observed. In each case, microscopic features of about a few nm in height were observed, but the images show that increasing the humidity results in smoother features and more swelling. 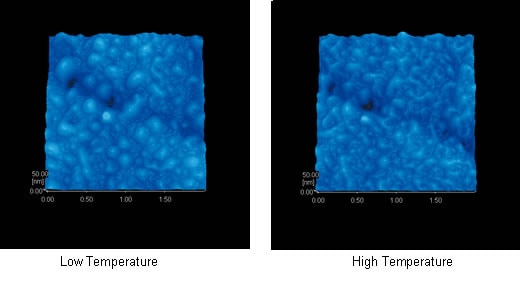 Variations in the shape of polymer film were observed using a controlled temperature and humidity environment.

The gas spray unit is attached to a spare port to spray small amounts of gas on the sample. 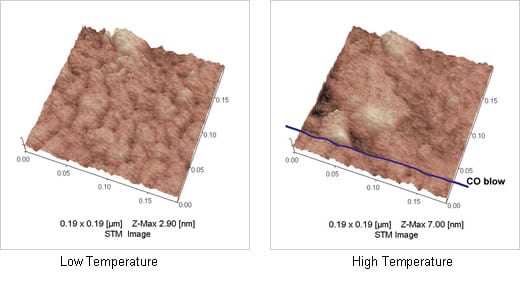 The nickel surface's reaction to gas was observed continuously in real time. When the clean surface after reduction (left) started being sprayed with carbon monoxide, the change in shape was observed as carbonyl complexes were formed (right). (Data provided by former National Institute of Materials and Chemical Research)

The sample can be loaded into the unit and heated or cooled. 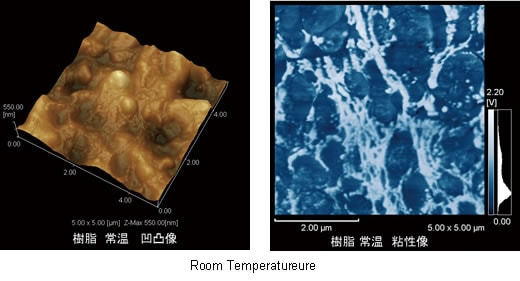 Two separate phases were observed in the viscosity image 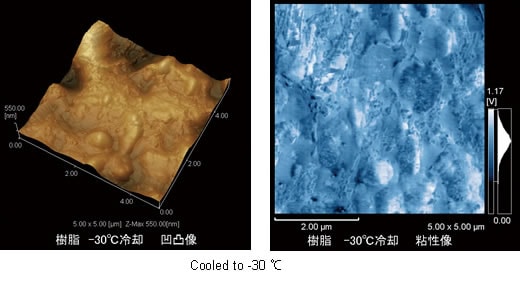 After cooling, there were almost no visible differences in viscosity.

The sample can be loaded into the unit and heated. The unit can even be operated in atmospheric conditions, depending on the sample. 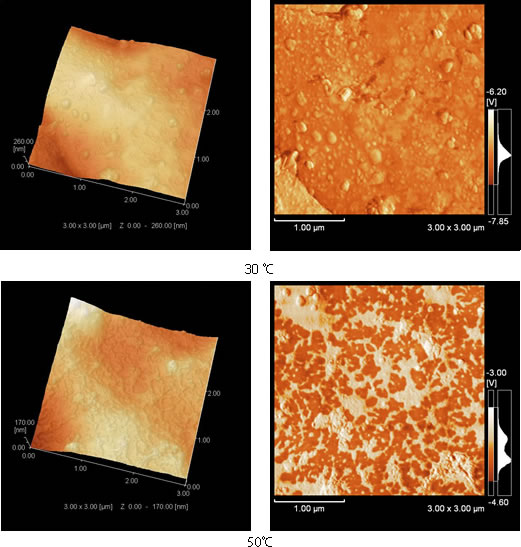 The phase image (right) clearly shows the changes in sample surface physical properties as the sample is heated.

This unit enables using a fiber optic light to irradiate sample surfaces. It does not include the light source or the optical fiber. It can be operated in atmospheric conditions. 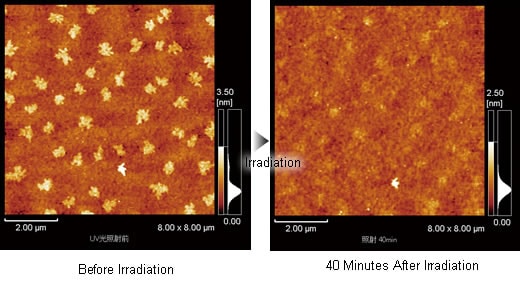 The pentacene thin film was formed as a cluster of two or three 1.6 nm thick layers. When irradiated with 365 nm wavelength ultraviolet light, the cluster structure gradually started breaking apart. After 40 minutes, the thin film cluster was mostly gone. During this time, there is negligible drift and observation is possible using the same field of view. (Data provided by Dr. Yuji Matsumoto, Frontier Research Center, Tokyo Institute of Technology).