The Roberval mechanism has been adopted, so that the sensitivity does not change due to changes in the center of gravity of the sample caused by melting, etc.

What is the Roberval mechanism? 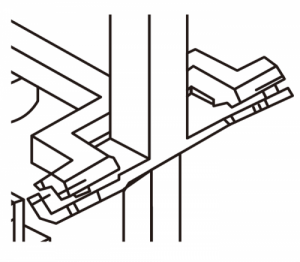 The fulcrum is a thin alloy band with a very small temperature coefficient, configured into an X-shape. This fulcrum is lightweight and has very little friction and resistance, enabling the construction of a high-sensitivity balance, which is also very resistant to vibrations.

With TG/DTA measurement, qualitative and quantitative analysis, the study of reaction mechanisms, and evaluation of thermal resistance can be carried out by observation of various types of reactions and interactions between the sample and special atmosphere gases. With the DTG-60 Series, various applications are supported by configuring individual flow channels. There is one gas inlet, so the gas can be led directly to the sample, and time is not required for the reaction.

The thermogravimetric (TG) measurement range is broad at ±500 mg, with a weighing capacity of 1 g (including tare weight), so it can be used for diverse measurements.

The analysis is simple with the automatic analysis function: `Template Function`

Corrections, analysis, and layout setting of reports can be carried out automatically using the unique `Template Function.` This can be used not only during analysis but also prior to measurement. It will be automatically applied when the measurement is completed and saved. 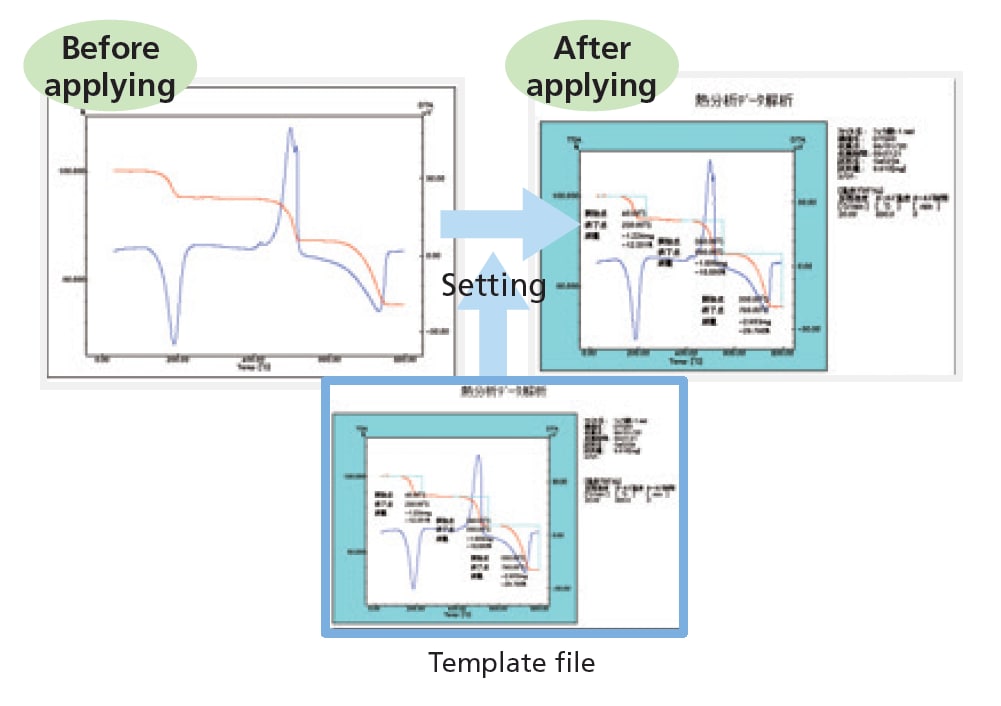 The built-in furnace cooling fan starts automatically after the measurement is complete.
Also, it is possible to stop the fan at a predetermined temperature (setting can be varied), so the next measurement can be started immediately.

Software enables easy operation for everything from measurements to data analysis

LabSolutions TA workstation software ensures all steps from measurement and data analysis to report generation can be performed smoothly using intuitive operations. It also allows the instrument operating status to be confirmed at a glance.
Optional software is also available for supporting a variety of specific measurement parameters.