Fig.1 shows a basic overview of the HPLC process. The solvent used to separate components in a liquid sample for HPLC analysis is called the mobile phase. The mobile phase is delivered to a separation column, otherwise known as the stationary phase, and then to the detector at a stable flow rate controlled by the solvent delivery pump.  A certain amount of sample is injected into the column and the compounds contained in the sample are separated. The compounds separated in the column are detected by a detector downstream of the column and each compound is identified and quantified. 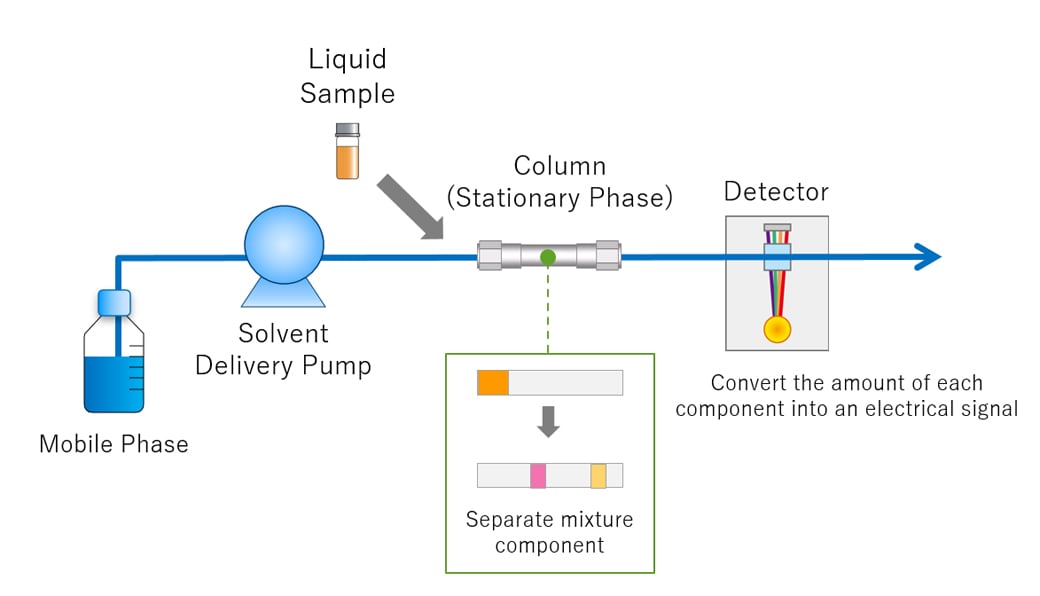 2 The Apparatus of HPLC

The “Basic Overview of the HPLC process"(As shown in Fig.1)  and its mechanisms have now been covered. Going into more detail, HPLC consists of a variety of components, including a solvent delivery pump, a degassing unit, a sample injector, a column oven, a detector, and a data processor. Fig.2 shows the HPLC flow diagram and the role of each component. 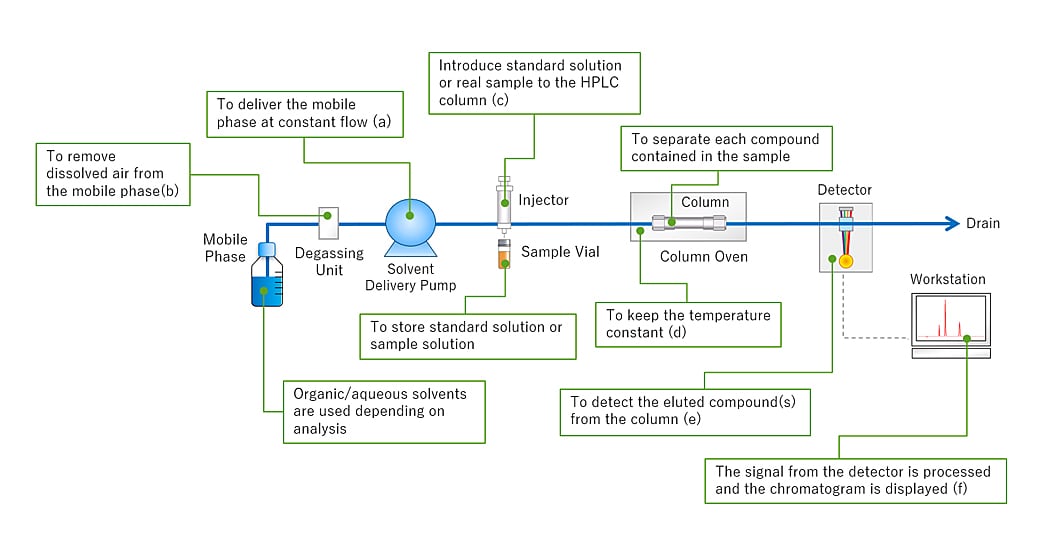 HPLC can separate and detect each compound by the difference of each compound's speed through the column.  Fig.3 shows an example of HPLC separation. 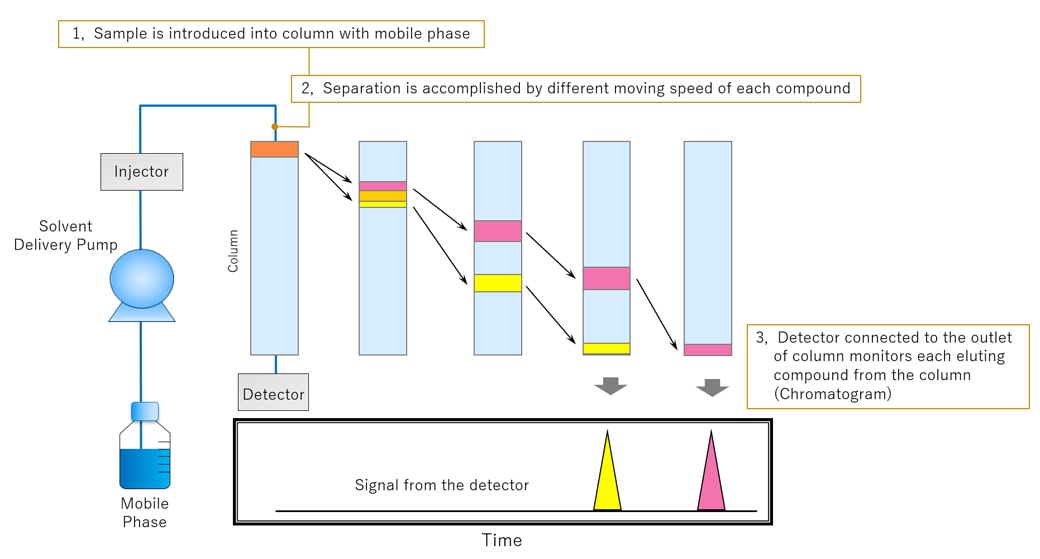 Fig.3 An Example of HPLC Separation

4 How to Read a Chromatogram

The word "chromatogram" means a plot obtained via chromatography. Fig.4 shows an example of a chromatogram. The chromatogram is a two-dimensional plot with the vertical axis showing concentration in terms of the detector signal intensity and the horizontal axis representing the analysis time. When no compounds are eluted from the column, a line parallel to the horizontal axis is plotted. This is called the baseline. The detector responds based on the concentration of the target compound in the elution band. The obtained plot is more like the shape of a bell rather than a triangle. This shape is called a “peak”.

Retention time (tR) is the time interval between sample injection point and the apex of the peak. The required time for non-retained compounds (compounds with no interaction for the stationary phase) to go from the injector to the detector is called the dead time (t0).

The peak height (h) is the vertical distance between a peak's apex and the baseline, and the peak area (A) colored in light blue is the area enclosed by the peak and baseline.  These results will be used for the qualitative and quantitative analysis of a sample's components. 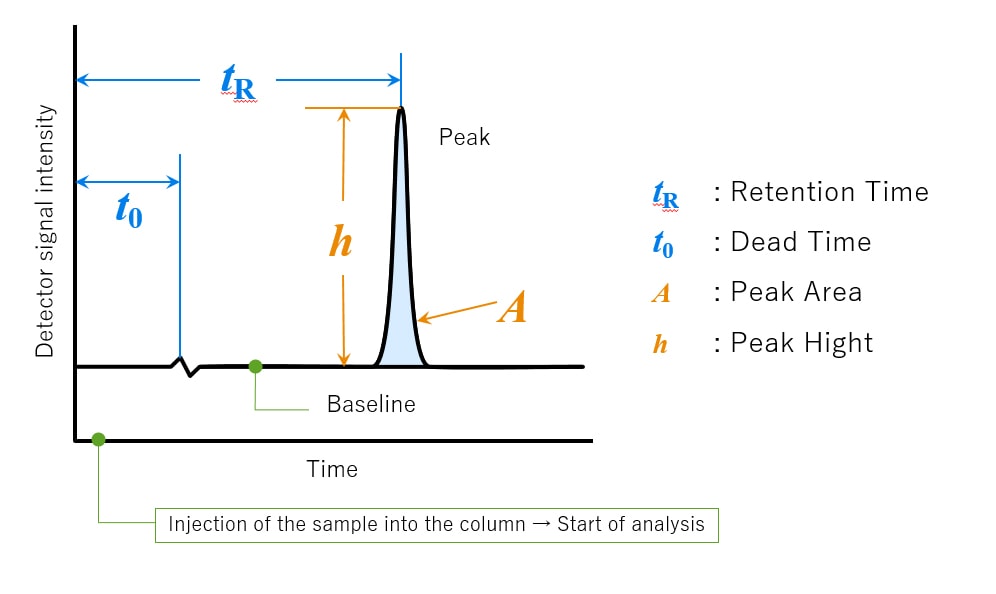