Vinyl acetate-based adhesives were analyzed by evolved gas analysis (EGA). The resulting chromatograms are shown in Fig. 1 and the mass spectra for the main peaks are shown in Fig. 2. The primary component of peak 1 is methyl acetate, which is presumably the solvent. Peak 2 is acetate and peak 3 is difficult to identify because it is a mixture of many substances. 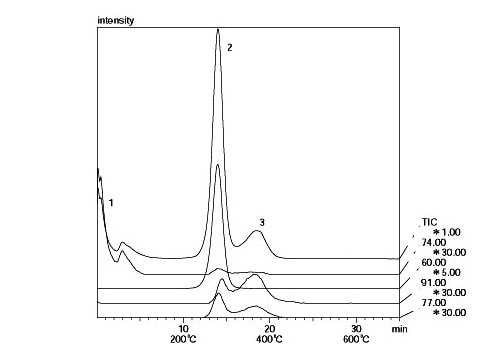 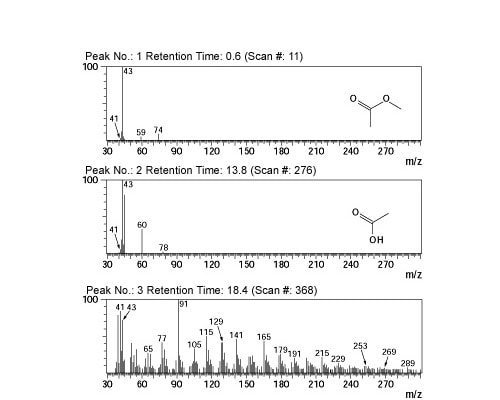