Measurement of Friction Coefficients of Films

Plastic films are used for coating and wrapping various materials. When used for these purposes, measuring the friction between films or a film and a different type of material is often required. For example, friction coefficients of films used on foods and protective films for smartphones are often measured. This article introduces an example where static and dynamic friction coefficients of a polyethylene film were measured in accordance with the ASTM standard.

The standard specifies the procedure to determine the coefficients of starting and sliding friction of plastic films and sheeting. The test was performed on polyethylene films using the AGS-X Table-Top Type Precision Universal Tester and a friction modulus test device. Two pieces of a sample, one moving and one fixed, were prepared. The moving sample (63.5 mm-side square) was attached to a metal sled with double-stick tape and the fixed sample (at least 130 mm wide and 250 mm long rectangle) was attached to a fixing base with double-stick tape. 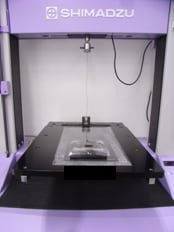 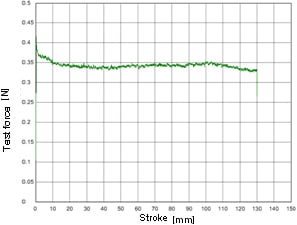 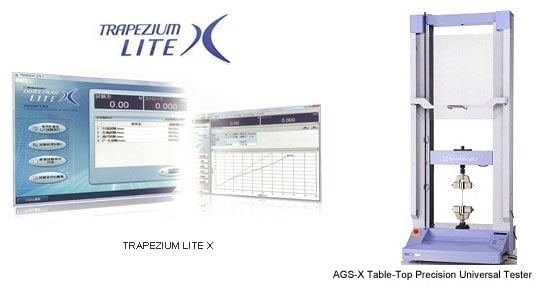