Metabolomic analysis using a mass spectrometer generally employs a gas chromatograph mass spectrometer (GC-MS) or a liquid chromatography mass spectrometer (LC-MS) to comprehensively measure the metabolites (the metabolome) within a sample. As indicated in Fig. 1, it is necessary to select either a GC-MS or an LC-MS as appropriate for the target compound and the measurement purpose. A GC-MS features excellent robustness, and although derivatization is required for hydrophilic metabolites such as amino acids, organic acids, and sugars, it can comprehensively measure several hundred compounds in one measurement. An LC-MS on the other hand does not require derivatization. Capable of efficiently measuring specific metabolites (up to 100 compounds), it is optimal for the routine measurement of specific compounds.

This article introduces a method for the comprehensive measurement of the primary metabolites in mouse feces using GC-MS/MS and LC-MS/MS. 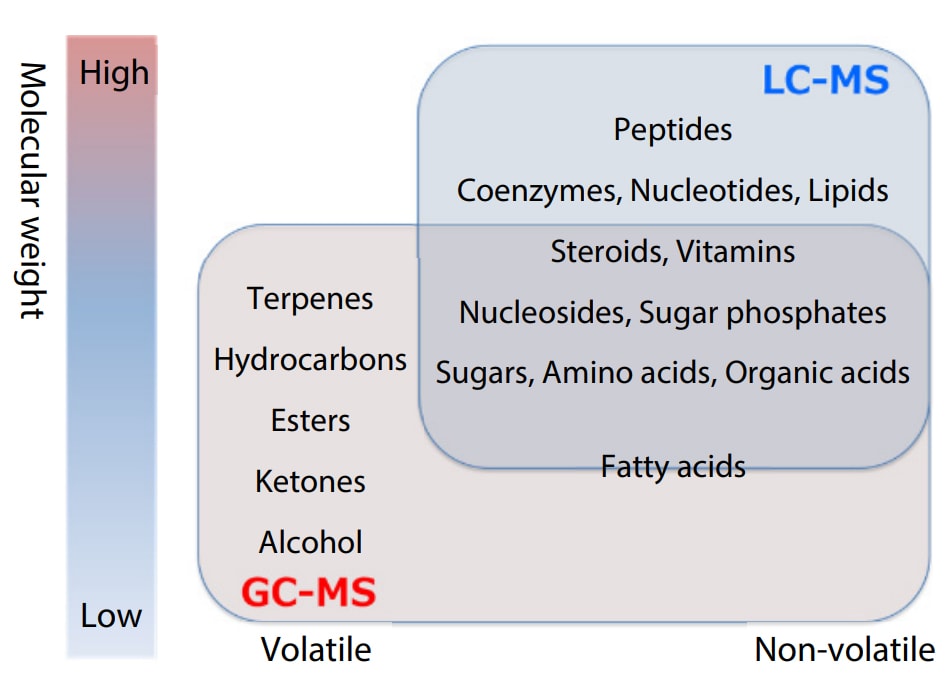 The pretreatment procedure1 for extracting metabolites from mouse feces is shown in Fig. 2. Fresh feces were collected from male C57BL/6J mice reared in a normal environment. Taking 50 mg of the feces, we added 450 μL of phosphate-buffered saline. After mixing, the supernatant was centrifuged and subjected to ultrafiltration. For the measurement of primary metabolites using GC-MS/MS, the resulting filtrate is subjected to derivatization and is then used as the measurement sample. Details of the derivatization method are described in the "Pretreatment Procedure Handbook for Metabolites Analysis" (C146-E323). For the measurement of primary metabolites using LC-MS/MS, the measurement sample was prepared by diluting the filtrate by a factor of 10. 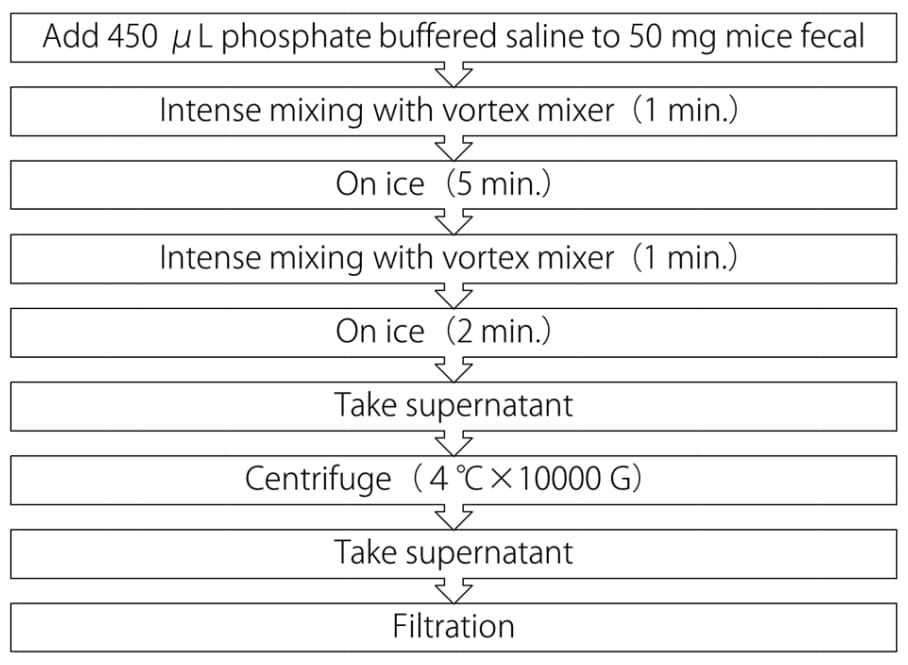 The MRM chromatograms obtained from measuring mouse fecal extracts using GC-MS/MS and LC-MS/MS are shown in Fig. 3. The detected compounds and the repeatability of peak area ratios with respect to internal standard substances are listed in Table 1. GC-MS/MS analysis detected 100 compounds, mainly of short-chain fatty acids, organic acids, and sugars. Sugars are difficult to measure using LC or LC-MS/MS, but 17 compounds were detected by GC-MS/MS. The ion pairing LC-MS/MS method detected 17 compounds, mainly which are amino acids. The non ion-pairing LC-MS/MS method detected a total of 75 components, including amino acids, nucleotides, nucleosides, and organic acids of the TCA cycle. As indicated in Fig. 4, using both GC-MS/MS and LC-MS/MS is highly effective for the comprehensive measurement of metabolites in feces. 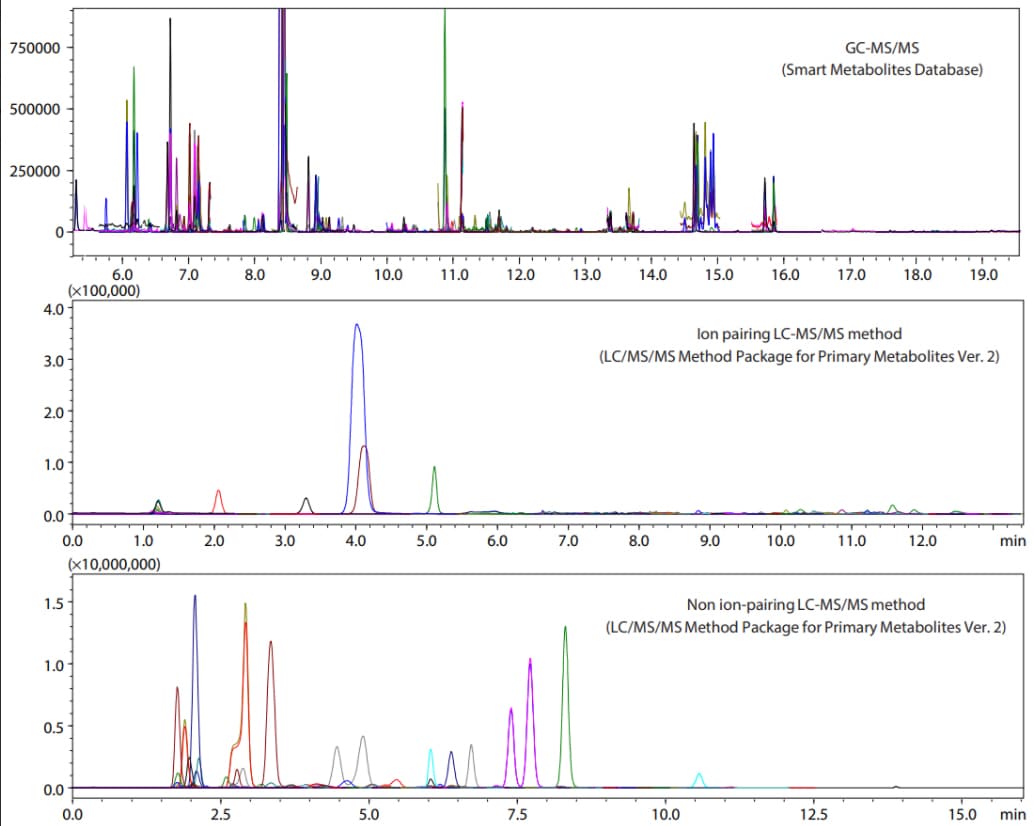 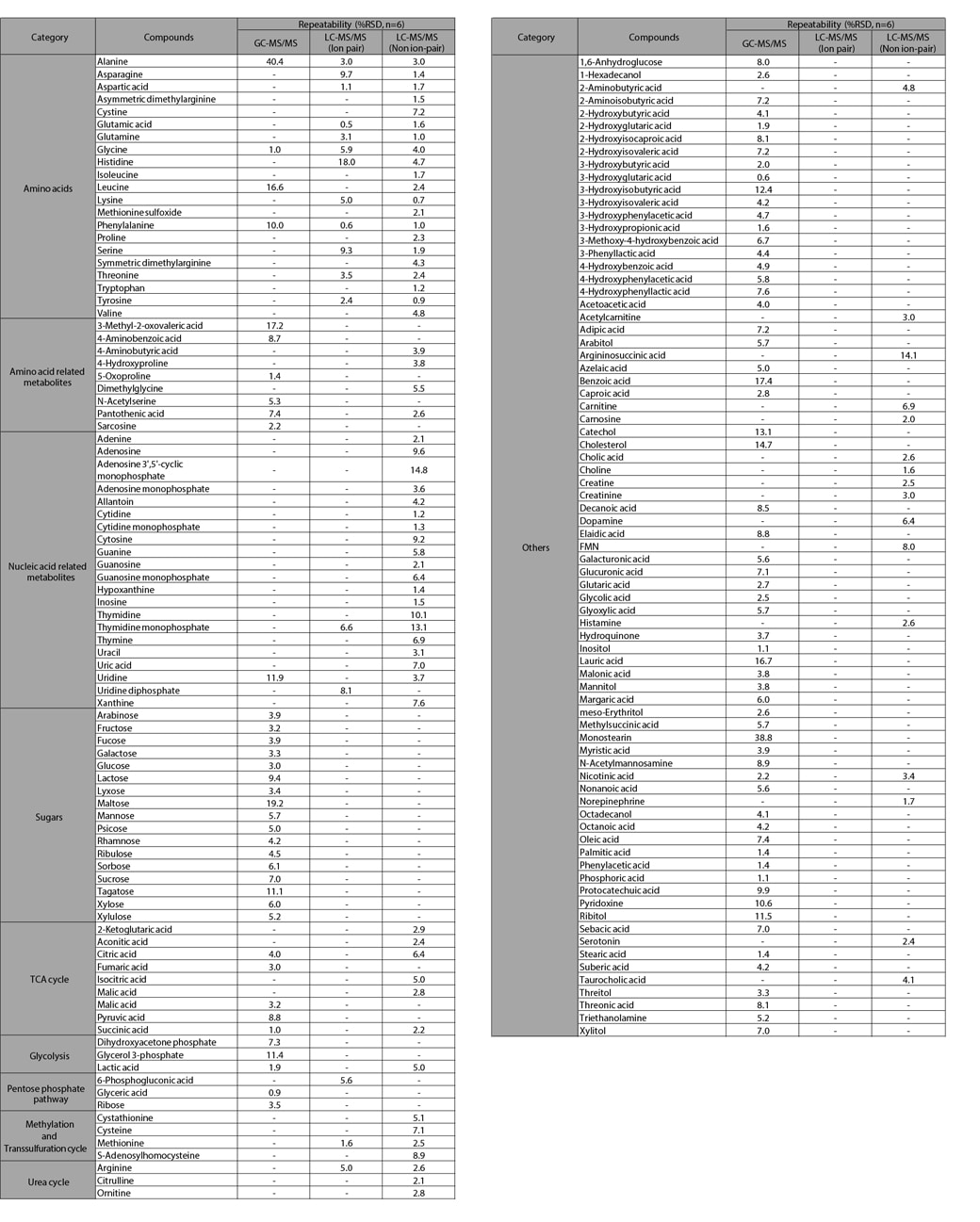 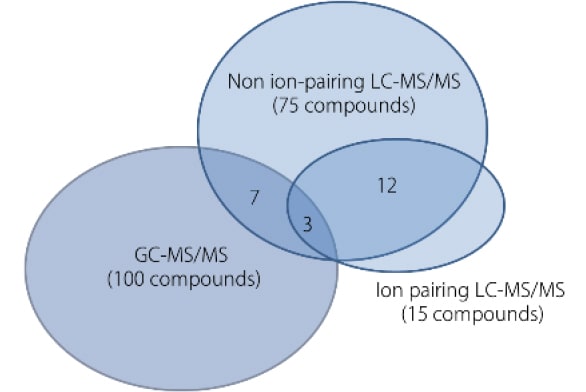 Fig. 4 The Number of Metabolites Detected from Mouse Fecal Extracts

A Comparison of Young Mice and Old Mice

As an example application, we analyzed and compared the feces of male C57BL/6J mice reared in a normal environment but of different age in weeks (10 weeks old and 70 weeks old). A total of 66 metabolites were detected. In order to compare the content of metabolites in both mice, we used the Shimadzu Multi-omics Data Analysis Pack to create graphs of peak area ratios of the 66 detected metabolites with respect to internal standard substances. The results as indicated in Fig. 5 suggest that there is a difference between the two groups with regard to various metabolites including amino acids such as arginine, aspartate, and lysine, nucleic acid metabolites such as adenine and adenosine, and cholic acid. In terms of cholic acid, results indicated that the content tends to be lower in the feces of old mice compared to young mice. Cholic acid results from the deconjugation of taurocholic acid. Probable causes of the low cholic acid content in the feces of old mice may be that the secretion of bile acids or the number of bacteria which cause deconjugation decreased due to age. Regarding arginine, the content tended to be lower in the feces of young mice compared to old mice. Arginine in the intestinal lumen is absorbed and used for the synthesis of polyamines which are indispensable for cell growth. This suggests that the arginine content may be low in young mice because they are actively absorbing arginine from the intestinal lumen and synthesizing polyamines. As demonstrated so far, this method can also be considered to be effective in investigating the factors of aging using feces. 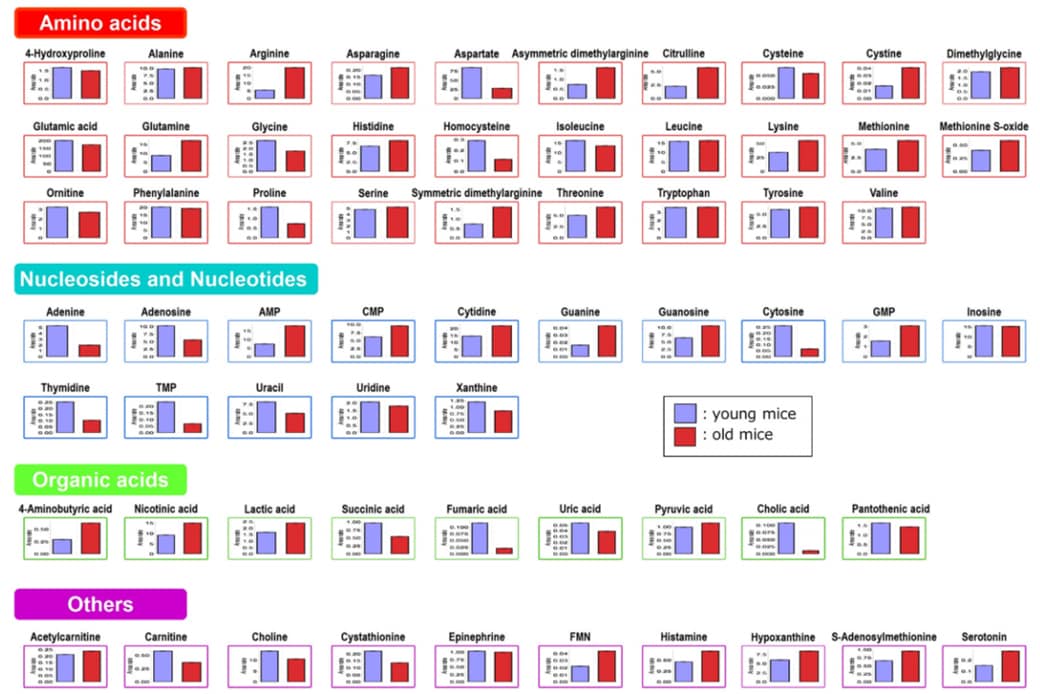 Fig. 5 A Comparison of the Individual Metabolite Content Detected in the Fecal Extracts of Young Mice and Old Mice