Supports Applications in a Wide Variety of Fields

The standard configuration can measure fluorescent wavelengths up to 900 nm, which means it can be used to research photosynthetic proteins for determining the mechanisms involved in artificial photosynthesis.
In this case, a Thylakoid membrene solution was measured.*1, 2
The fluorescence spectrum shows that the system can accurately measure the fluorescence peaks in the long wavelength region. A spectral correction function, allowing the accurate measurement of spectral shapes in real time, is also included standard. 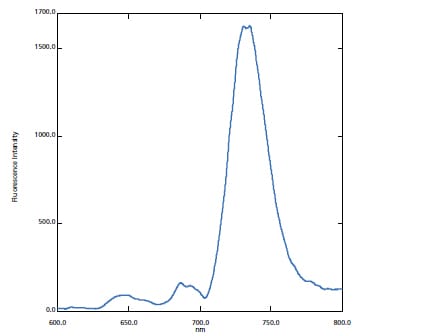 Potential for Identifying the Source of Minerals

Specified complementary DNA can be detected by using a DNA probe which is marked by fluorochrome. These probes become luminescent when connected to DNA. The following shows the results of a 3D measurement of DNA marked by two different kinds of DNA probes. Unique fluorescent peaks according to specific DNA fluorescence probes can be quickly measured using the high-speed scanning function.

Classifying and Identifying Types of Milk 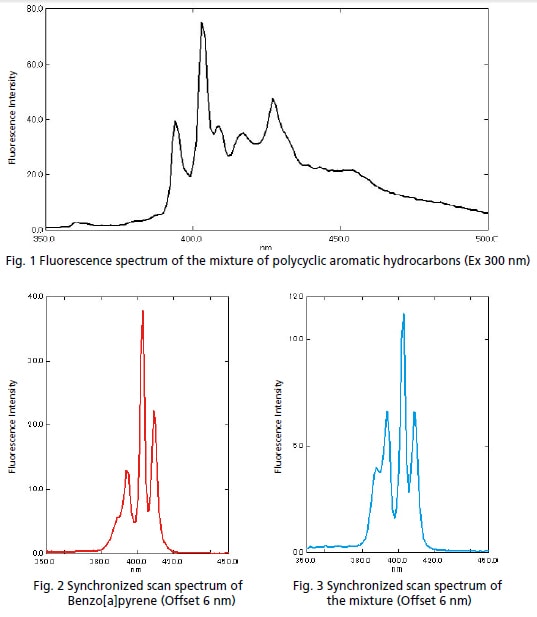 The chlorophyll content is commonly measured when inspecting the water quality of rivers and lakes. Since the concentration of chlorophyll is low in rivers and other such waters, high sensitivity is required for measurements. Chlorophyll emits fluorescent light when exposed to light, but the light exposure causes the fluorescence intensity to gradually diminish. Therefore, fluorescence measurements that apply only a slight amount of excitation light are required. If the same chlorophyll solution is measured repeatedly with a typical 5 nm bandwidth, the intensity varies as shown in Fig. 1. However, spectra with almost no variation can be obtained by narrowing a bandwidth, as shown in Fig. 2. These results show how low concentration chlorophyll solutions can be measured with good sensitivity.