Japan’s First School for X-Ray Technicians, Which Contributed to the Development of Medicine: Strong Aspirations to Train Highly Skilled Technicians of Excellent Character

Radiological exams take images of the inside of the body by exposing it to X-rays.
The training of technical specialists who are capable of handling X-ray devices safely and effectively has been essential for the development of these exams.

Gaining Correct knowledge Is Key to Reaping the Fruits of Technology

The most wondrous machine is useless without someone who can operate it correctly. After the Industrial Revolution, innovative technologies appeared one after the other, but accidents occurred frequently due to inadequate safety measures and a lack of knowledge regarding correct operation. The path of development has taken many twists and turns throughout history in all technological areas, from boilers to automobiles and aircraft and even internet security.

Humans have gained a correct grasp of the dangers, created ironclad rules for operation, and learned as much knowledge as possible about safe operation and crisis management.

X-rays can be counted among these technologies. X-rays penetrate an object to reveal the inside of the object, which cannot be seen from the outside. Since the time when Dr. Wilhelm Roentgen discovered X-rays in 1895, they were expected to revolutionize medicine. In the early days of the X-ray, however, many operators suffered radiation injuries because they lacked sufficient knowledge of the dangers associated with X-rays.

Challenges in the Dawn of the X-Ray Exam

Dr. Roentgen did not patent his discovery; instead, he made his results freely available to the world. This allowed research and development into the X-ray to advance at a rapid pace. Japan succeeded in taking an X-ray photograph just 11 months after the discovery of X-rays by Dr. Roentgen. Genzo Shimadzu Jr., son of Shimadzu Corporation’s founder, was involved in that experiment. 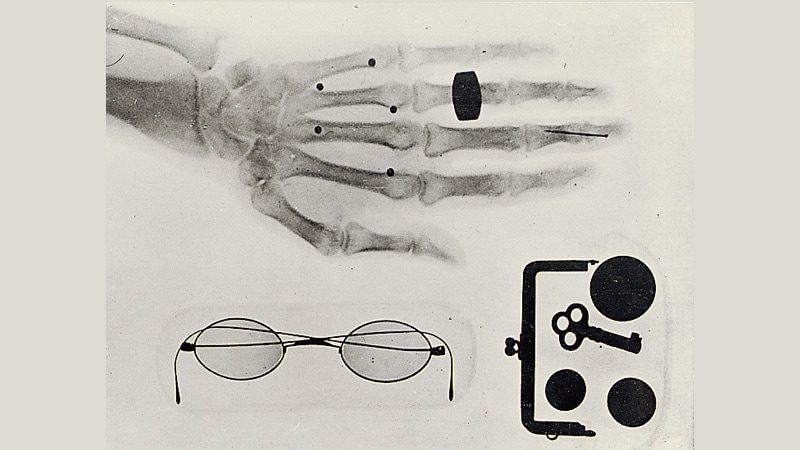 When medical devices were later developed overseas, they were adopted rapidly, changing the history of medicine. Japan also actively imported devices from overseas. However, there were many challenges for the widespread adoption of these devices. In particular, they were expensive and it was difficult to secure sufficient electricity for their operation.

It was in this situation that Shimadzu delivered the first made-in-Japan medical X-ray device to a hospital on the outskirts of Tokyo in 1909. Since then, Shimadzu continued to develop new devices energetically, launching a succession of new products, and X-ray diagnosis expanded.

Meanwhile, increased adoption of X-rays has raised a serious problem. Because X-rays cannot be seen or felt, early X-ray devices exposed high-voltage parts and did not provide sufficient shielding from the X-rays. This caused a lot of accidents because people did not have sufficient knowledge regarding safety. In fact, a famous radiological physician suffered a radiation injury from exposure to X-rays.

At the time, the only site for a radiologist to be trained was limited facilities at a medical setting and a university or similar location for a short-term course. Both the quality and the number of radiologists were lacking. This resulted in many cases where medical treatment has been disrupted.

Genzo Shimadzu Jr. was passionate about developing X-ray devices, and he also keenly felt the need to train radiologists who could operate the devices safely and correctly. Although there were specialized courses in medical radiology at the time, at places like Keio University and Osaka Medical College, they were still very few in number.

“We need to train technicians in order to prevent medical accidents. As a manufacturer, Shimadzu must fulfill its responsibility.”

In addition to this strong sense of mission, Genzo received strong requests from the medical field. In June 1921, he held an “X-ray training seminar.”

Meeting the requests of numerous physicians and technicians, Genzo lectured on the physics of X-rays and imaging technology, and gave hands-on training with the devices. The lecture was well-received. He held this lecture for 18 consecutive years until it was taken over by the Japan Radiological Society in 1939. The “X-ray training seminar” was rated highly as a way to experience first-rate lectures by first-class instructors outside of a university. A total of 1,858 students attended the lectures, and the number of X-ray technicians increased steadily. 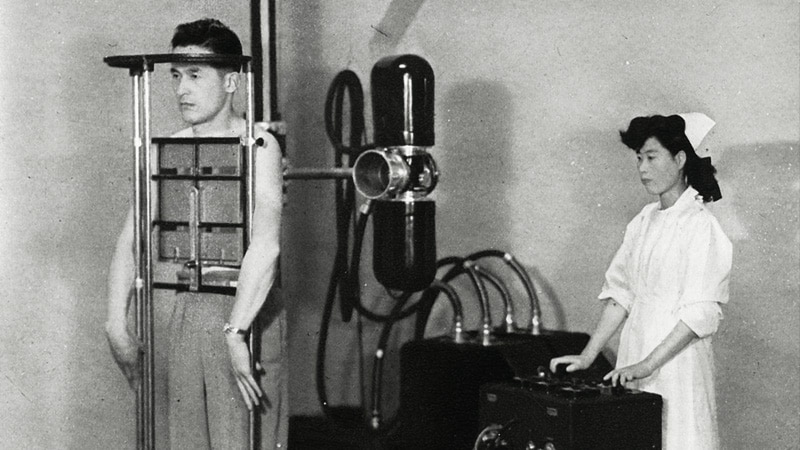 A medical X-ray imaging device from around 1927

Establishing a Vocational School for Technicians

Although the “X-ray training seminar” was a great success, it was too short to allow participants to learn everything that was required. The amount that can be learned during a short-term course is limited. Operating an X-ray device properly requires basic knowledge of subjects like mathematics, physics, and electricity, as well as sufficient hands-on training.

Genzo felt deeply ashamed about this situation. He decided that he wanted to contribute to the development of the medical field by training technicians with excellent skills and excellent character. This was also in line with Shimadzu’s corporate philosophy of “Contributing to Society through Science and Technology.”

In 1927, with the authorization of the governor of Kyoto prefecture, Shimadzu established Japan’s first school for training X-ray technologists: the Shimadzu X-ray Technology Training Center. Initially, the course lasted six months, and taught the principles of X-ray devices, imaging methods, and electrical theory, as well as physical anatomy and laws relating to commercial electricity. Practical training took place in an environment where students could learn the latest technology, including use of the DIANA and JUNO, whose performance was so advanced that they made the name “Shimadzu” synonymous with “X-rays.” Genzo also added a training course taught by professors from Kyoto University as a reflection of his desire to send outstanding individuals into the world.

This experiment drew strong interest. The entrance exam for the first course attracted applicants from throughout Japan, as well as from overseas. Out of several hundred applicants, 21 passed and were admitted to the course. 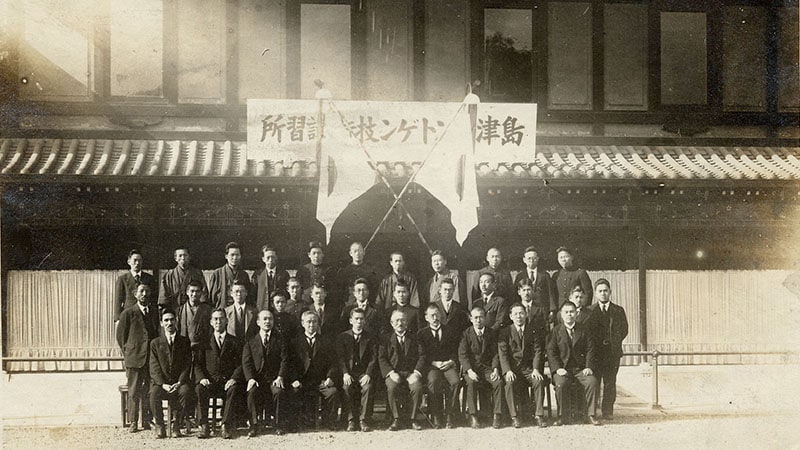 Shimadzu X-ray Technology Training Center was established in September 1927 in a building at Kiyamachi Nijo in Kyoto (currently the Shimadzu Foundation Memorial Hall), with the approval of the governor of Kyoto prefecture. This photo shows the opening ceremony for the school’s first class.

Together with the Evolution of Technology

As X-ray technology continued to advance, the length of the course increased, as did the number of subjects covered. In 1935, it was renamed the X-ray Technology Vocational School. After serving as a vocational school, in 1989 it became a junior college, and then in 2007 grew into a four-year university called the Kyoto College of Medical Science. The college strives to enhance its education by continually updating its equipment to the same level as a hospital that practices advanced medicine. This equipment includes CT, MRI, mammography, and other diagnostic imaging systems, as well as radiation therapy planning systems. Eight Shimadzu medical diagnostic imaging systems are installed in the classrooms and practice exam rooms of The Shimadzu School of Radiologic Sciences. Students study in the radiologic science programs using these systems. This is the first radiologic science program in the United States created as a partnership between an educational institution and an enterprise. The radiological technologists who study here will go on to contribute to the medical field. Genzo Junior’s desire to train technicians still lives on today. To learn more about the Shimadzu School of Radiologic Sciences and its programs, watch the following video created by Midwestern State University. 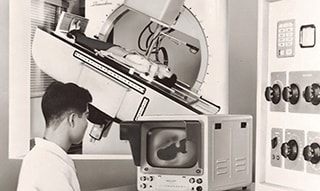 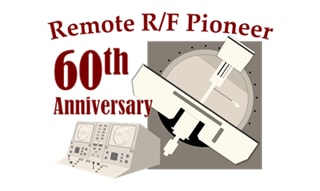