Metabolome analysis, which aims to comprehensively analyze various metabolites generated by maintaining biological functions, is widely used in the medical field, such as identifying the causative agents of diseases and searching for disease biomarkers for early detection of diseases.
In addition, there is a growing need to visualize the pharmacokinetics of drugs in the affected area, such as unchanged drugs and their metabolites, after drug administration, and mass spectrometry imaging technology is being used. 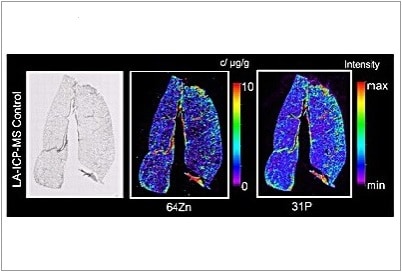 Nanoparticles are widely used in our daily lives. The alveoli contains a certain amount of lung surfactant, including phospholipids and triglycerides, to allow for normal breathing and to reduce inflammation. The increase in lung surface active substances due to the inhalation of nanoparticles prevents the smooth exchange of oxygen and carbon dioxide, leading to lung disease.​ We observed the distribution of nanoparticles and phosphorus in lung tissue by LA-ICPMS imaging.​ 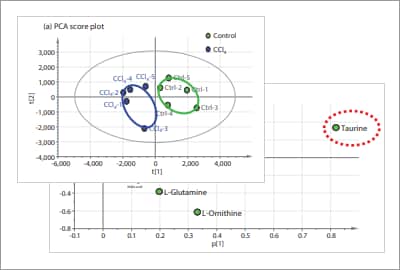 Probe electrospray ionization(PESI) is a new direct ionization method in which an ultrafine and minimally invasive probe is used for sampling. Acquired samples are ionized by applying a high voltage to the probe tip and therefore components can be analyzed without using a chromatograph. This articles introduces a method established to directly analyze the metabolome analysis of CCl4-induced acute liver failure model mice. 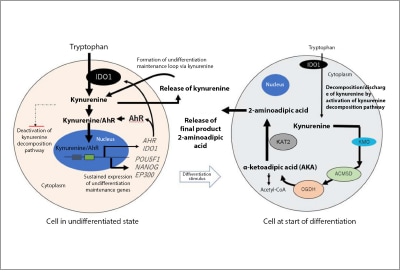 Development of technologies for the preparation and supply of iPS cells with high quality and a large amount is an essential requirement for commercialization of regenerative medicine. Conventionally, manual techniques such as Gene Expression analysis had been used to evaluate the status of cell differentiation, but because these are invasive techniques that cause cell disruption, they were generally applied as evaluation methods after culturing was completed. We developed the C2MAP cell culture media analysis platform using liquid chromatography-tandem mass spectrometry (LC-MS/MS) with the aim of establishing a non-invasive cell status evaluation method based on component analysis of the cell culture supernatant.

Pretreatment procedure for metabolites in the blood serum