The analysis of powder samples is a typical application of X-ray fluorescence. The sample is either pressure molded or placed in a sample container for analysis. The figure below shows an example of the qualitative and quantitative analysis of rock reference material by Na to U.
Accurate quantification is possible even without a standard sample. Light elements can also be measured with high sensitivity by vacuum atmosphere measurement. 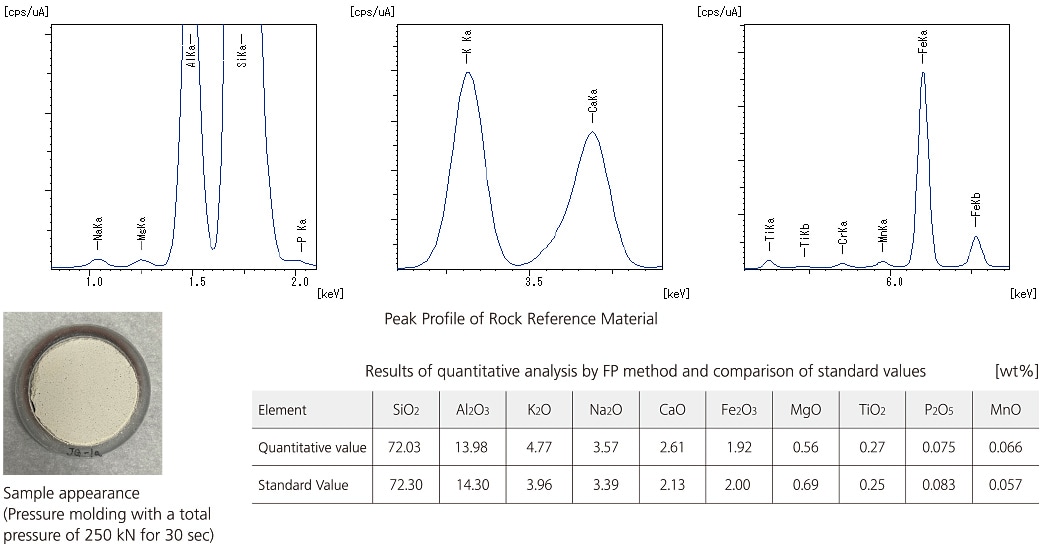 To measure a liquid sample, simply add it to a sample cell with film on the bottom. This method is effective for the detection and quantitation of additive components and worn metals in aqueous solutions, organic solvents, or oils.
As shown below, the system achieves adequate detection of heavy elements in waste oil at ppm levels.

EDX permits non-destructive elemental testing, making it effective for the analysis of foreign matter adhering to or mixed in with foods, drugs, or products. Using the sample observation camera and collimators makes it easy to identify trace foreign matter.
The 1 mm irradiation diameter is effective at reducing the effects of peripheral material, resulting in accurate quantitative matching. In the example, the material was identified as SUS316. 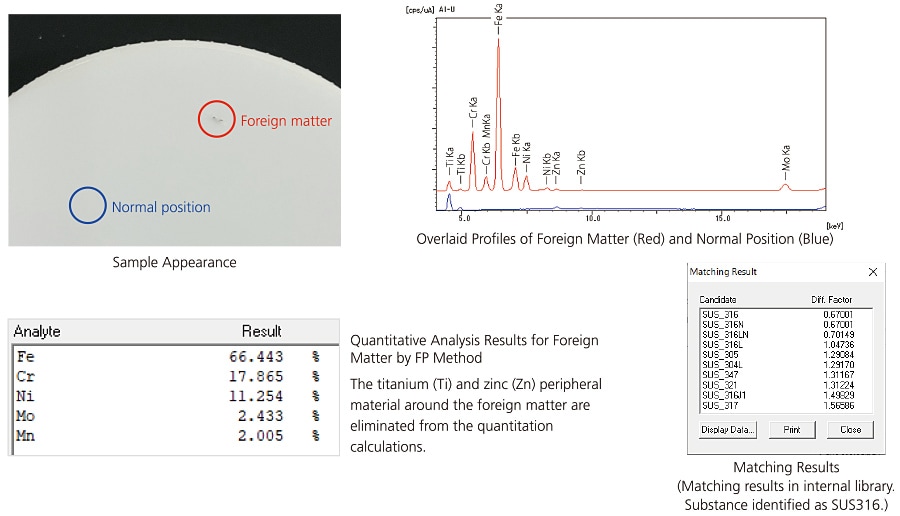 Phenol and isopropyl phosphoric acid (3:1) (PIP (3:1)) are widely used in products such as polyvinyl chloride (PVC) and polyurethane to provide plasticity and flame retardancy. Meanwhile, the U.S. Environmental Protection Agency (U.S. EPA) has begun to regulate the manufacture, processing and commerce of products and articles containing PIP (3:1) under the Toxic Substances Control Act (TSCA).
For this regulation, EDX is capable of screening and analyzing the content of PIP (3:1), a phosphorus compound, at phosphorus concentrations.
With the use of an optional vacuum measurement unit, analysis can be performed with even higher sensitivity. 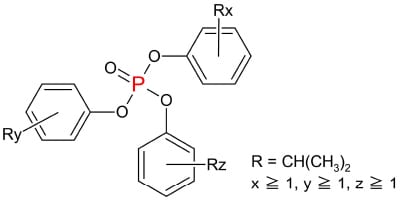 The thin-film FP method can be used to measure the thickness of multilayer films or simultaneously quantify the thickness and composition of films.
The following shows an example of quantifying the 4.8 µm thickness of a plating film and the concentration of its principal components Ni and P. Trace quantities of Pb were also detected. 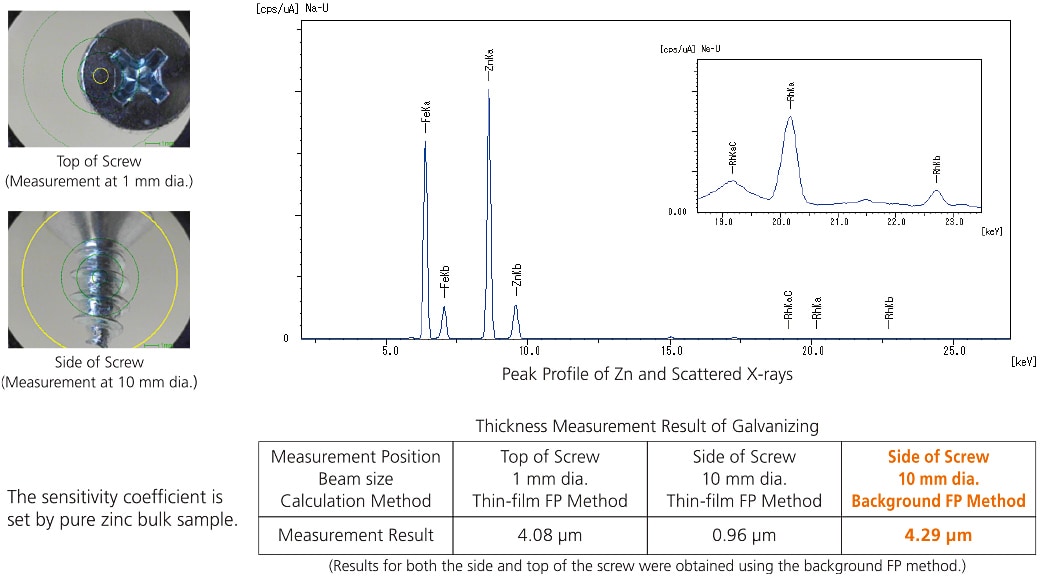