The pH of the mobile phase (eluent) is adjusted to improve component separation and to extend the column life. This pH adjustment should involve not simply dripping in an acid or alkali but using buffer solutions, as much as possible. Good separation reproducibility (stability) may not be achieved if buffer solutions are not used.

A buffer solution is prepared as a combination of weak acids and their salts (sodium salts, etc.) or of weak alkalis and their salts. Common preparation methods include: 1) dripping an acid (or alkali) into an aqueous solution of a salt while measuring the pH with a pH meter and 2) making an aqueous solution of acid with the same concentration as the salt and mixing while measuring the pH with a pH meter. However, if the buffer solution is used as an HPLC mobile phase, even small errors in pH can lead to problems with separation reproducibility. Therefore, it is important to diligently inspect and calibrate any pH meter that is used. This page introduces a method that does not rely on a pH meter. The method involves weighing theoretically calculated fixed quantities of a salt and acid (or alkali) as shown in the table below. Consider the important points below.

Maximum Buffer Action Close to the Acid (or Alkali) pKa

The buffer capacity of an acetic acid (sodium) buffer solution is larger at 100 mM concentration than at 10 mM, for example. However, precipitation occurs more readily at higher concentrations.

Beware of Salt Solubility and Precipitation

The salt solubility depends on the type of salt, such as potassium salt or sodium salt. Salts precipitate out more readily when an organic solvent is mixed in.

In addition, avoid using buffer solutions based on organic acids (carboxylic acid) as much as possible for highly sensitive analysis at short UV wavelengths. Consider the various analytical conditions and use an appropriate buffer solution, such as an organic acid with a hydroxyl group at the α position (see Supplement) to restrict the effects of metal impurity ions. (J.Ma,Y.Eg)

An organic acid with a hydroxyl group (citric acid, tartaric acid, etc.) at the α position has a "crab-claw" structure that readily forms chains with metal impurities in the mobile phase. 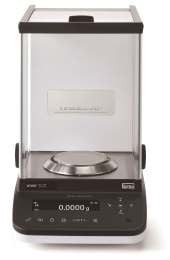