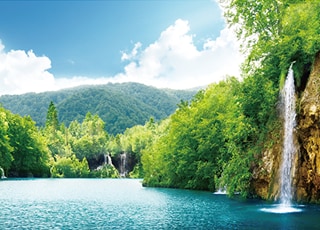 In the 1990s, GC-MS was adopted as an official analysis method first for pesticides used on golf courses, and later for the quantification of agricultural chemicals, volatile organochlorine compounds, and dioxins. GC-MS is also widely used to inspect both environmental water and tap water. In tap water analyses, there is a growing need for highly sensitive and selective analysis of trace contaminants such as agricultural chemicals, by-products of disinfection, and odor-causing substances. The limitations of GC/MS analysis have become clear due to the emergence of water-soluble pesticides and pharmaceuticals that are toxic to organisms. There is urgent demand for development of LC/MS analytical methods.

Shimadzu has contributed to the efficiency of environmental analyses with systems combining GC-MS with a variety of pretreatment devices such as purge traps as well as headspace and multifunctional autosamplers. We have also developed method packages for LC/MS analysis of water quality, pesticide residues, etc. 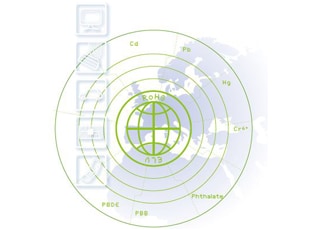 In compliance with the ELV Directive of 2000, automobile parts and materials must be verified to contain no lead (Pb), mercury (Hg), cadmium (Cd) or hexavalent chromium (Cr6+) before they can be exported to EU member countries. The RoHS Directive of 2006 prohibits the use of 2 types of brominated flame retardants, PBB (polybrominated biphenyl) and PBDE (polybrominated diphenyl ether), in electrical and electronic equipment, in addition to the above 4 substances. In the following year, the EU introduced the REACH Regulation on Registration, Evaluation, Authorization and Restriction of Chemicals.

Shimadzu works to support compliance with overseas chemical substance regulations such as ELV and RoHS directives. We have developed solutions such as simultaneous multi-component analysis of environmental pollutants; simple screening of phthalates (substances whose use is restricted by the RoHS (II) Directive "Py-Screener"); and GC-MS methods to measure brominated flame retardants with high sensitivity and stability.

Emerging problems such as microplastics 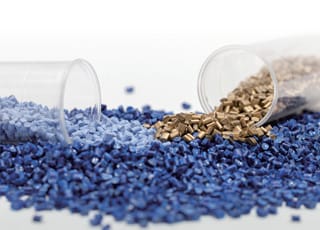 In recent years, more and more attention is being directed towards the pollution of water, soil and air by new environmental pollutants such as microplastics. In addition to straightforward component analysis of microplastics, studies are being carried out on the effects on organisms of additives contained in the raw materials and of hydrophobic organic compounds adsorbed from nature.

Shimadzu provides equipment to measure the contents and shapes of plastics, such as Fourier transform infrared spectrophotometers and infrared microscopes. In addition, we are developing technologies such as a particle image analysis system to measure the proportions of components and the number of samples to be measured while taking pictures. We also provide MS methods for analysis of harmful substances which adhere to the surface of microplastics. Shimadzu will continue to provide scientific and technological solutions to global environmental problems.