Monoclonal antibodies, or mAbs, have been used for over a decade in the treatment of a number of diseases but predominantly in the treatment of cancer and autoimmune diseases. Quantifying therapeutic mAbs in biological samples has been traditionally addressed by ligand binding assays (LBA’s), however, there are major limitation in terms of extended method development times, reagent procurement, and matrix effects.

LC-MS/MS methods are emerging as an alternative approach to LBA’s and this paper describes the application of MRM methods to the quantitation of peptide fragments containing β-amyloid antibody (6E10) CDR’s (complementarity determining regions). CDR’s are targeted by LC-MS/MS as antibodies share a conserved sequence and are only differentiated by the three loops (CDR1-3) which are diverse and contain antibody specific peptides. By selectivity detecting CDR1-3 by LC-MS/MS helps to characterize and quantify disease specific antibodies isolated from patient sera or plasma and can be used to identify differing therapeutic agents.

1) Skyline is software developed by the MacCoss Lab of Biological Mass Spectrometry at the University of Washington. 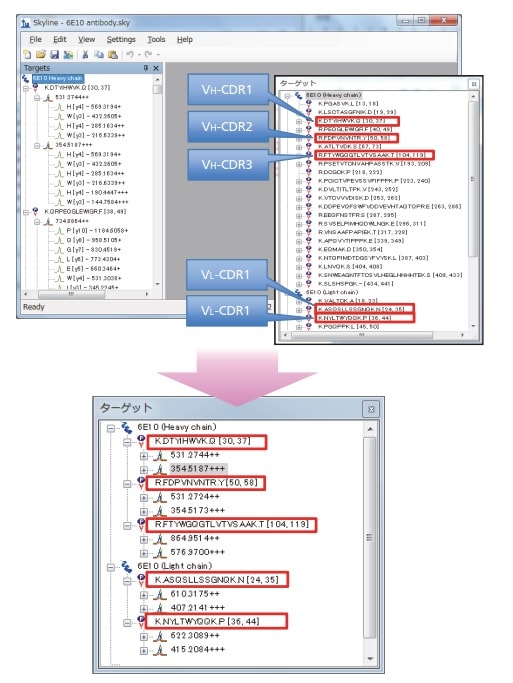 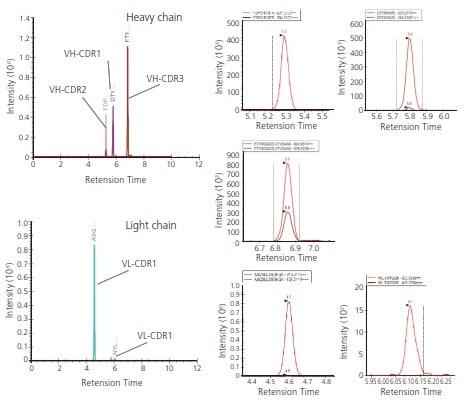 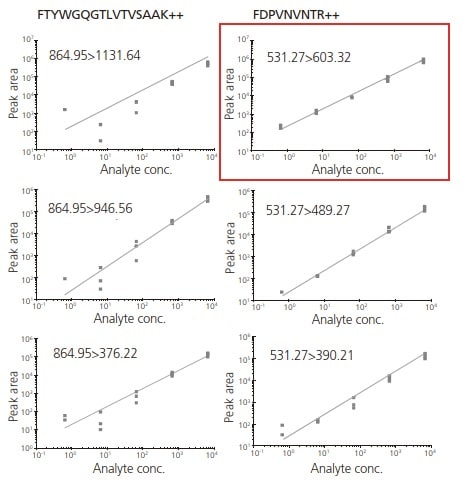 The LCMS-8060 is a ground breaking innovation in mass spectrometry helping to transform LC/MS/MS data quality by developing a new vision of sensitivity and speed.

The LCMS-8050 is capable of simultaneously obtaining both qualitative and quantitative information in a single analysis.