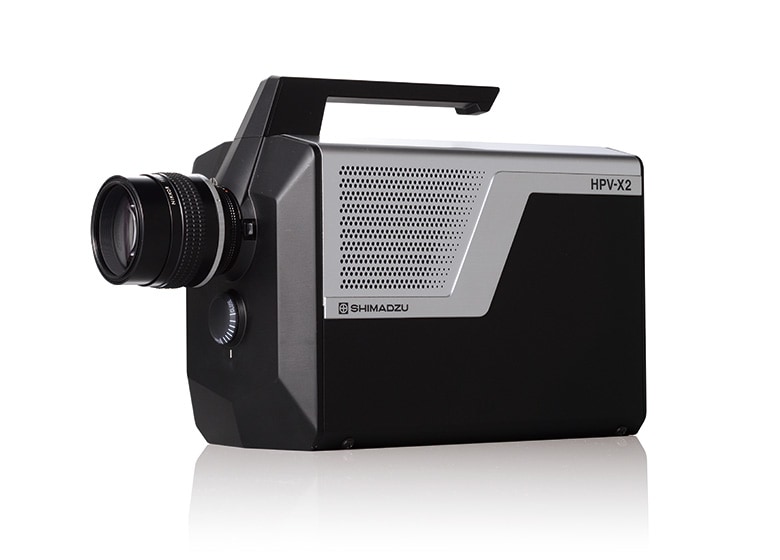 Medical science and engineering have made dramatic progress thanks to visualization technology. Examples include the invention of microscopes capable of enlarged observations of phenomena occurring in the microscopic domain, invisible to the human eye, X-ray inspection systems, which enable the observation of images utilizing light at imperceptible wavelengths, and infrared cameras. Our eyes are incapable of capturing phenomena occurring at times shorter than 50 to 100 ms. As a result, high-speed video cameras have become necessary in order to record phenomena occurring at intervals that cannot be seen with the human eye, and then replay them at a slower rate so that they can be visualized. As the standard tool for visualizing ultra high-speed domains, the Hyper Vision high-speed video camera contributes to our understanding of ultra high-speed phenomena in a variety of fields.