In 2012, 4.62 million Japanese people aged 65 or older had dementia, but that number is projected to exceed 7 million by 2025. Consequently, dementia is an issue important not only to the healthcare industry, but also to overall society. Alzheimer's patients account for over 60 % of dementia cases and currently there are no drugs for basic prevention or treatment of Alzheimer's. The fact that standard examination methods can be painful and expensive is also an issue. Due to the large impact of Alzheimer's disease on society, there is growing anticipation for Alzheimer's prevention, early detection, or treatment methods. Patient quality of life (QOL) is also an issue, in terms of reducing the pain and cost involved in receiving the examination, for example. Using detection methods that involve a mass spectrometer, we intend to ensure everyone has access to safe, high quality, and affordable healthcare. 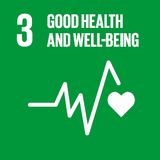 We cooperated with the Australian Imaging Biomarkers and Lifestyle Study of Ageing (AIBL), a world-leading Alzheimer's cohort study organization, to jointly research blood biomarkers for Alzheimer's disease with Kyoto University, University of Tokyo, Tokyo Metropolitan Geriatric Hospital, and Kindai University. Participating in the joint research from Shimadzu is Senior Fellow Koichi Tanaka, who received the Nobel Prize in Chemistry in 2002 for the matrix-assisted laser desorption/ionization (MALDI) method. That MALDI technology led to achieving the Alzheimer's (amyloid accumulation) detection method.

We are currently involved in the field of “advanced healthcare,” which involves integrating technologies from both the Analytical & Measuring Instruments and Medical Systems segments to create innovative new products and services for a wide range of prevention, diagnosis, treatment, and prognosis management fields. While researching dementia as part of that process, Shimadzu and the National Center for Geriatrics and Gerontology jointly established an accurate method for detecting Alzheimer's (accumulations of beta-amyloids*). On February 1, 2018, the method was published in the online version of the science journal Nature.

In joint research and development work on Alzheimer's dementia with Group company Shimadzu Techno-Research, we started an amyloid MS contract analysis service for predicting beta-amyloid plaque levels in the brain based on blood analysis using a mass spectrometer.
Beta-amyloid proteins, which are thought to cause Alzheimer's dementia, start accumulating in the brain 20 to 30 years prior to onset of Alzheimer's disease. Given that currently there are no fundamental therapeutic or preventive drugs available for treating Alzheimer's, we are contributing to basic research and development of therapeutic drugs and prevention methods by only offering the service to pharmaceutical companies, research institutions, and so on.

Beta-amyloid plaques in the brain are thought to increase the risk of Alzheimer's disease and start occurring 20 years or more prior to disease onset. 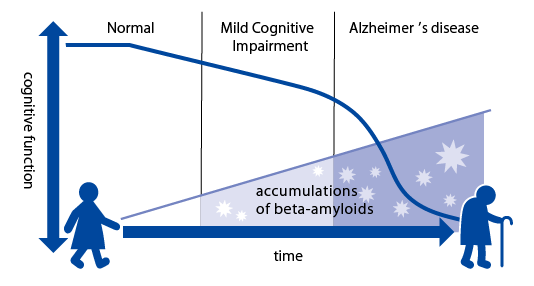