In FY 2018, we reduced the world-wide CO2 emissions of the Shimadzu Group by 9 % to 44,958 t-CO2. We even improved emission intensity by 12 % to 115 t-CO2 per billion yen.
In addition to investments for saving energy, such as replacing aging air conditioner equipment and installing LED lighting, solar power equipment was installed at three locations within and outside Japan (at a plant in Kyoto, a new building in Shimane Prefecture, and a plant in Malaysia). Group companies in the UK switched to a power company that uses 100 % renewable energies. Consequently, CO2 emissions decreased despite increasing sales. We have also been installing smart meters to visualize 30 % of our power usage at locations in Japan. We plan to increase that to 70 % in FY 2019. 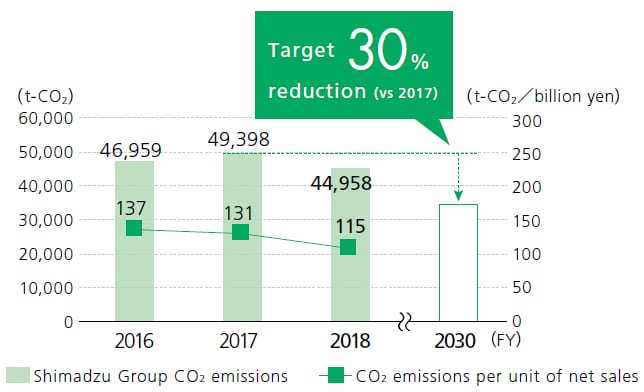 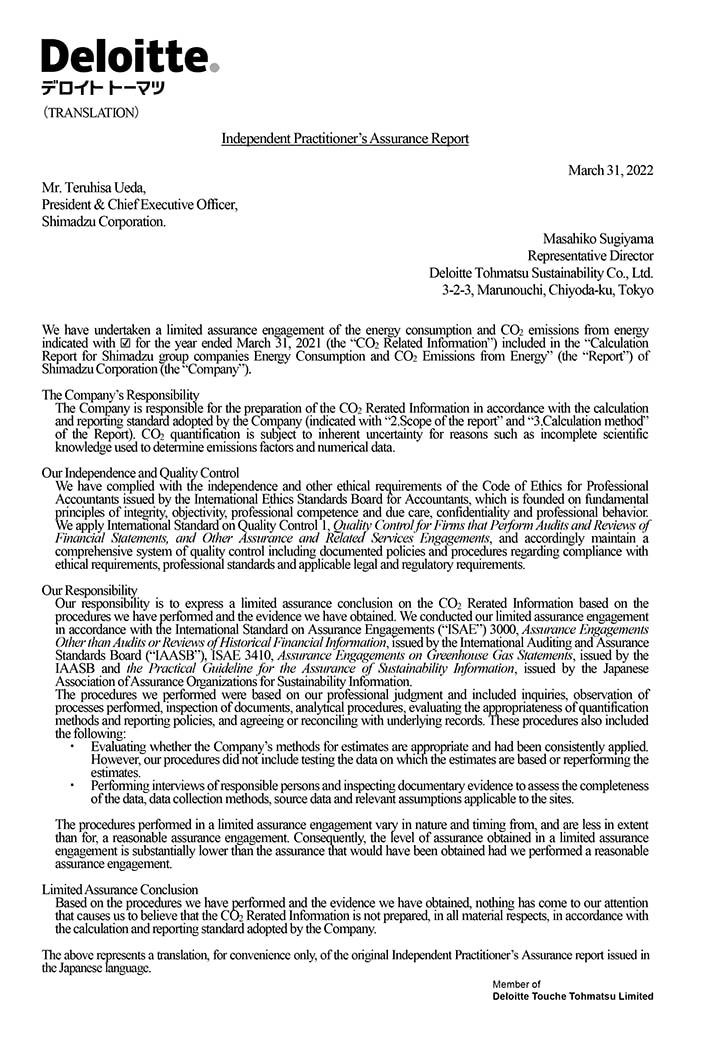 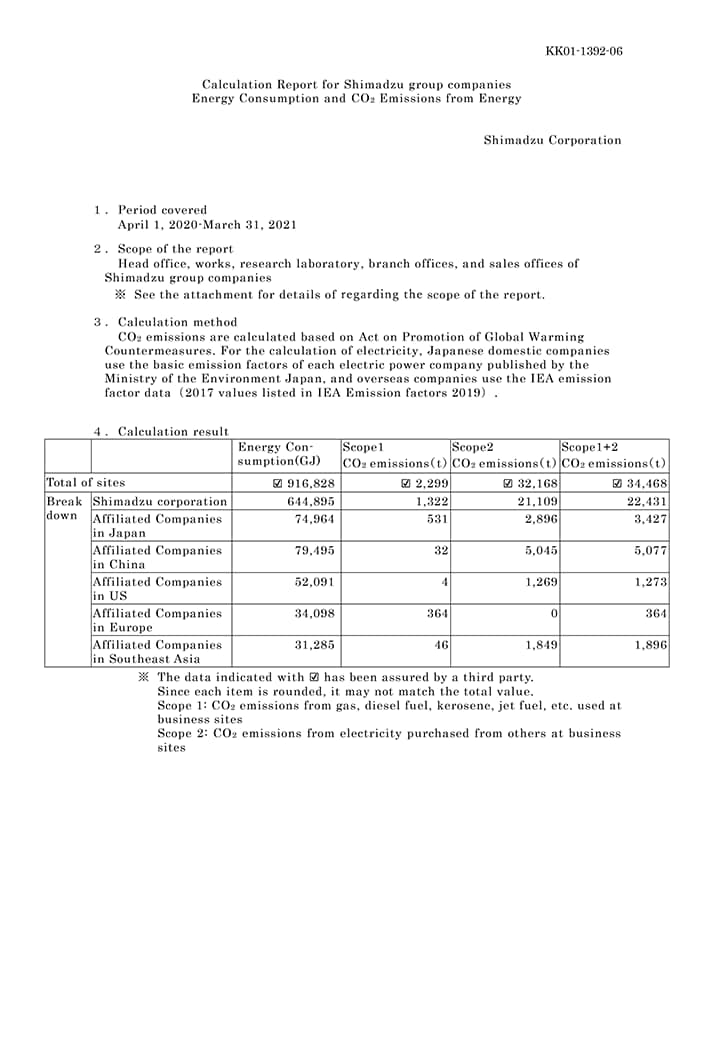 GHG emissions in the supply chain (By category)

We are also engaged in measures to reduce CO2 emissions during shipment, up to the point that products are delivered to the customer.
By improving the truck loading rate and promoting a modal shift, Shimadzu Logistics Service Corporation has reduced CO2 emissions by about 100 tons or more since fiscal 2011.
Primary activities include mixing shipments to optimize utilization of trips between locations, consolidating smaller freight shipments into chartered shipments, consolidating freight from regular commercial routes into chartered shipments, shifting freight modes to rail or ship, and shifting package with wood to reinforced cardboard.

The transport system is used to share information about transporting goods between different divisions, so that the above measures can be implemented more efficiently within daily operations.
For export shipments, an in-house bonded warehouse area has been used to process customs without the need to transport items by truck. After clearing customs, items are transported by low-emission shuttle trucks (running on natural gas) to airports or seaports. Shipping containers are reused for shipping both exports and imports. Hybrid work vehicles are also being introduced. 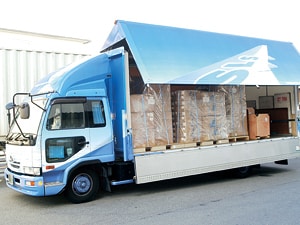 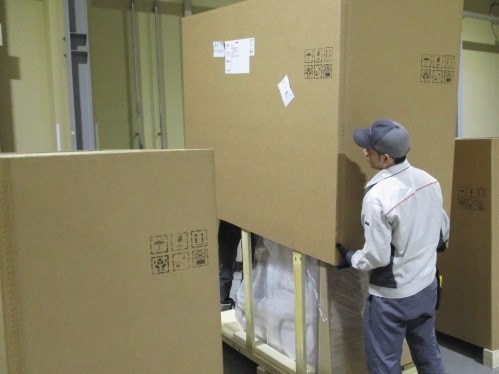 Reducing Energy Consumption in IT Environments

Diagram of Switching to Virtual Servers 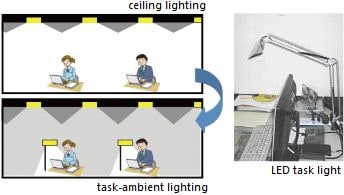 As part of power-saving measures after the Great East Japan Earthquake in FY 2011, we have been deploying measures to reduce ceiling lighting and install task-ambient lighting that illuminates only the immediate work area.

The Head Office building within the Sanjo Works site incorporates a variety of environmentally-friendly features, such as a passive ventilation system, natural and artificial lighting sensors, radiant air conditioning systems, and active use of local wood materials sourced from within Kyoto Prefecture.
In terms of the Kyoto standards for the Comprehensive Assessment System for Built Environment Efficiency (CASBEE), which also evaluates buildings based on how well they typify Kyoto, the building earned an "S" score, which is the highest available.
The Quality Center at Sanjo Works and the South Building No. 1 at Seta Works were insulated and lighting in all office areas was converted to LED lighting. In addition, they were designed and built for energy efficiency with high-efficiency air-conditioning and transformer systems. 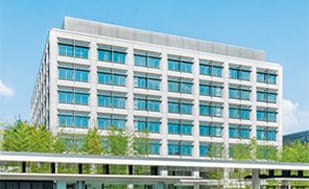 The Quality Center at Sanjo Works

the South Building No. 1 at Seta Works 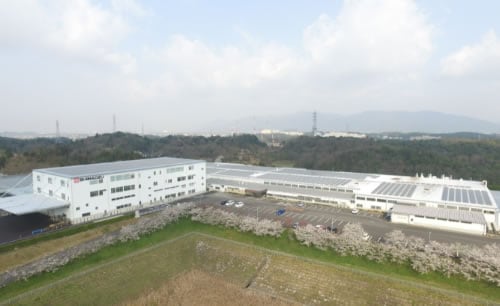