Message from Outside Directors

To achieve sustained growth for the Shimadzu Group and increase the corporate value in the medium and long term, we have used the establishment of the Corporate Governance Codes as an opportunity to implement a wide variety of governance reforms.
We asked the three Outside Directors currently working with Shimadzu to provide their frank comments about future issues they may have noticed as business conditions have changed for the Board of Directors or hopes they have for Shimadzu, for example.

Since June 2013, when Shimadzu Corporation first appointed me as outside director, there have been major changes in the Board of Directors.
At first, I was sometimes asked to attend executive meetings, where I was occasionally confused. I could feel the uncomfortable hesitation in the air when they met an Outside Director for the first time.
Six years later, we now have three Outside Directors on the Board of Directors, which is over one third of the members. An Appointment and Compensation Committee, meetings for only Outside Directors, and meetings between the Audit & Supervisory Board Members and Outside Directors are also established. We discussed the medium-term management plan with the Board of Directors from an early stage of preparation and have had frequent follow-up discussions after the plan was announced. More effective and efficient methods are now used for giving status reports as well.
One distinctive characteristic of Shimadzu Corporation Board of Directors is that such practices are continuously being reconsidered.
I don’ t mean that you immediately jump onto the next new thing, but rather that you carefully observe new ideas and then, if they are deemed beneficial, you steadily adopt the changes. Repeating that process has resulted in eventually achieving major progress forward. Though it may be a stereotypical thing to say, it is a very characteristically Kyoto style that can also be said to be very characteristic of Shimadzu Corporation, a company with over 140 years of history. That approach continues to this day. Just recently even, improvements were made to the information meetings prior to Board of Directors meetings, by introducing video conferencing so that not only secretariat/task force offices and management planning departments, but also departments sponsoring specific proposals can directly explain proposals to the Board of Directors. That has enabled a new improved style of communication with the Board of Directors.
I hope the Shimadzu Corporation Board of Directors will continue to practice that process of continuously reassessing things. There are a variety of ideas about what corporate governance and a board of directors should look like, but there are no right answers. I hope the Board of Directors will steadily move forward, without being swept up in the trends of each era.

Outside Director, Member of the Board Minoru Sawaguchi

This is the sixth year since Shimadzu Corporation first appointed me as Outside Director. Since then, corporate governance codes have been established, the Board of Directors’ role has been clearly defined, and the Board’ s responsibilities for overseeing executive organizations have been clarified. The role of Outside Directors is to properly oversee the execution of operations for achieving shareholder goals. We are expected to provide oversight from a perspective independent of executive organizations and to offer recommendations, based on our own insights, for ensuring the company can act correctly to achieve medium and long-term growth and progress, while also fulfilling social responsibilities.
Five years ago, when I had just been appointed, Shimadzu had solid operating practices with an established culture based on its long history and proud tradition, so being an Outside Director involved mainly watching over the execution of those practices. It should have been sufficient to merely watch to make sure operations were resulting in growth and progress toward continuously increasing the economic value of the company, which was mainly determined by shareholder goals. However, when a medium-term management plan was established by a new organization, Shimadzu showed they intended to increase corporate value by increasing their value to society. That approach made it clear that Shimadzu saw its mission as not just increasing economic value for shareholders, but also ensuring company activities result in achieving a better company and better life for each and every stakeholder. Consequently, the Board of Directors has become involved in not only pursuing ongoing growth for Shimadzu itself, but also in properly executing and debating measures for making an active commitment toward achieving sustained growth for society, and in creating goals for working together to move in new directions.
Rather than taking a perspective of oversight that is separated from execution, it requires engaging in deeper discussions from a more integrated perspective, so we can fulfill our mutual responsibility for steering the organization. I think that will require a much more active exchange of views between executive personnel and non-executive Directors.

Outside Director, Member of the Board Taketsugu Fujiwara

I am the first woman appointed to the Board of Directors. I was appointed three years ago when the number of Outside Directors was increased from two to three in an effort to broaden diversity and strengthen independent oversight. I was told by a previous board member that the discussions are now more lively than before.
Though there may have been some anxiety about having a woman serve on the board, I feel that the Board of Directors has been receptive to an active exchange of opposing views, from a variety of perspectives and without being confined by the past, regarding achieving Shimadzu’s goals.
Shimadzu’s diligent efforts to implement improvements based on results of a Board of Directors Effectiveness Assessment Survey is further evidence of Shimadzu’ s sincerity. To sustain ideal governance practices, I intend to be mindful of creating an environment where others can exchange views more actively with members of the Board of Directors, such as when corporate officers are presenting proposals or business reports.
By going beyond previous ways of doing or thinking about things, I think Shimadzu has tremendous potential for growth and for significantly improving the safety and security of people throughout the world.

Outside Director, Member of the Board Hiroko Wada 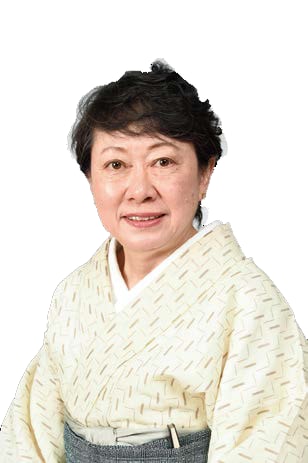 Message from Outside Directors