Shimadzu, who used to enjoy the dominant share of the solar cell anti-reflective coating system market, now is the challenger. However, the target requirements set for retaking market share were initially hard to believe. 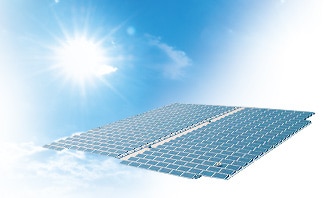 Solar cell markets have been expanding in markets in various countries such as China, which has introduced favorable policies in terms of getting domestic energy demand and developing local suppliers, the United States and India, which have favorable conditions for solar cell generation systems, and Japan, which has started a program for purchasing renewable energy at a fixed price. There has been a sharp increase in demand for energy along with economic growth and rising living standards in newly emerging economies. Such demand is projected to expand in the long-term as well, especially in regions with good sunlight conditions, such as Africa, the Middle East, South America, and Southeast Asia. Consequently, unit output in 2030 is projected to be 128,600
MW, which is 3.2 times higher than 2012.*2 Given these circumstances, there is strong demand for solar cells that allow minimization of manufacturing costs and that are resistant to potential induced degradation (PID)*3, which is a major problem that decreases the overall output of mega-solar and other solar power generation systems. Anti-reflective coatings are used to help solve these issues by reducing the reflection of sunlight and increasing the absorption of energy to improve the power generation efficiency. Therefore, customers demand high performance and productivity levels from these coating films and the equipment used to deposit them.

Taking Back the Market

For a long time, Shimadzu continued to release anti-reflective coating systems for solar cells that offered high productivity and high reliability, but we have not released a new product since 2009. Therefore, we started developing a new system at Hadano Works in December 2010. The development was led by Masayasu Suzuki of the Research & Development Department (currently assigned to Hadano Works of Shimadzu Emit). Suzuki had developed previous systems in the past, but had not been involved in development work for a while. However, due to his expertise of dry process plasma sources, General Manager of the Production Department at the time, Makoto Shinohara (currently General Manager, Semiconductor Equipment Division), selected Suzuki to develop the system. 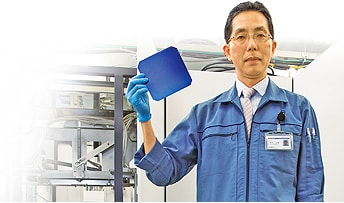 Obsessed with a Dream Machine 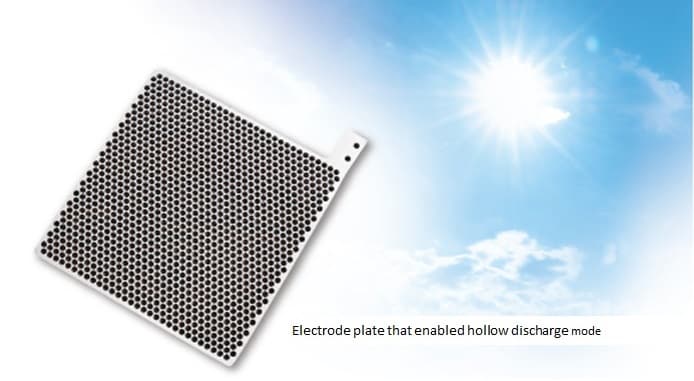 It was clear from the beginning that we had no key elemental technologies to work with and development would be a bumpy road. In particular, one of the most critical issues was the plasma unit that deposits the film to the substrate. Doubling the deposition speed would require significantly increasing the plasma density inside the chamber. A highdensity plasma can be generated by using a high frequency power supply, but doing so would damage the silicon substrate. Achieving both was an issue that had never been resolved before. The only thing that seemed promising was using the discharge phenomenon called hollow discharge. The hollow discharge phenomenon is based on the electrode shape, and does not much depend on the frequency. If holes are formed in the electrode and filled with gas and then electricity is passed through that gas, then the holes become filled with plasma. However, to ensure that the film is deposited uniformly across the entire 15-centimeter square silicon substrate, the electrode must be perforated with an array of tiny holes, each of which generates plasma of the same density. It was uncertain whether such an electrode shape was even feasible. Day after day, we repeated the process of making and testing small discharge models.

Then one April day, in the following fiscal year, Suzuki envisioned a completely new electrode shape in his head. It was a simple design consisting of lots of holes a few millimeters in diameter punched in a metal substrate. That was all the theory necessary, but no one else had tried a plasma discharge using an electrode with that shape. After quickly making a prototype, it was placed in a small chamber. A violet glow from the chamber indicated a plasma was generated.

Though that solved the biggest challenge, there was still a mountain of issues remaining to be solved. Each represented a problem that others had given up solving and required a collection of technologies that no one had thought of. Ideas were exchanged and prototypes made and verified, day after day, until we practically lost track of whether it was night or day, which resulted in the laboratory earning the nickname the castle that never sleeps.

Then in December 2012, when coworkers were near their limit from fatigue, a machine with adequate reliability was finally finished. Throughput was about doubled, as originally envisioned, maintenance was improved significantly by the simplified electrode shape, and even operating costs were significantly lower than competitors. It was truly a realization of the dream machine.

Eventually, the new MCXS anti-reflective coating system for solar cells was released in March 2013 to overwhelming praise in the market and immediately received several orders. Nevertheless, Suzuki pointed out that "we are still the challenger that is trying to take back the market. We cannot stop moving forward." Even today he is actively engaged in ongoing discussions on a dream machine at Hadano Works. 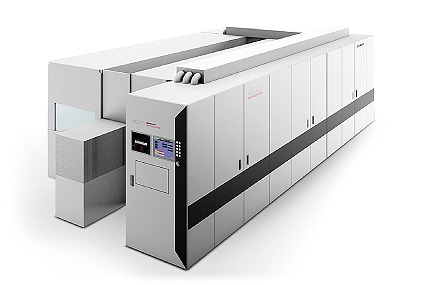