Contributing to Develop EnvironmentalTechnologies Based on Biodiversity

Contributing to Develop Environmental
Technologies Based on Biodiversity

The Earth's ecosystem comprises a diverse variety of plants and animals. However, due to the benefits we humans enjoy from these ecosystems, there is increased interest, even internationally, in biodiversity conservation, sustainable use and equitable sharing of genetic resources and associated benefits. Therefore, we interviewed professor Michihiko Ike, as follows, from the Division of Sustainable Energy and Environmental Engineering, Graduate School of Engineering, Osaka University, who is involved in cutting-edge research on environmental technologies based on biodiversity. 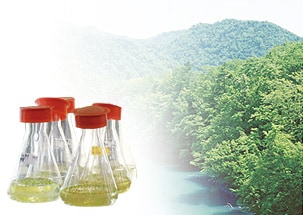 Firstly, could you please tell us about your research work?

My research mainly involves developing technologies for cleaning up wastewater and soil by carefully using the forces of nature, such as plants and microorganisms. Nature and other earth systems are fundamentally very robust and, unless we do something quite extreme, nature tends to clean itself to keep the environment in constant balance. Furthermore, the plants which are responsible for a part of this work generate their own energy through photosynthesis and are able to propagate themselves. Therefore, they are almost like a perpetual motion machine. As an engineer, I have been focused on developing equipment that can utilize the ability of plants and microorganisms to decompose pollutants and so on. In the past, my work mainly involved so-called "end-of-pipe" wastewater treatment systems, which are analogous to our veins, whereas more recently I am also thinking about integrating a kind of manufacturing, in the form of collecting and recirculating of natural resources, which is analogous to our arteries.

Specifically what types of methods are involved?

Take rare earth metals, for example. Due to advances in scientific technology, this class of substances is being used in massive quantities in recent years. However, though they are extremely useful to modern industry, they also cause environmental pollution when concentrated and discharged in effluents and gas emissions. Specifically, these elements, such as selenium, nickel, and antimony, are already subject to established environmental standards or other regulatory limits. In particular, selenium is an essential nutrient for humans, if taken in very small quantities, and also offers a diverse range of industrial applications, such as for semiconductor synthesis or in materials used in photocopier photoconductive drums. However, discharged water from refinery plants contain high concentrations of selenium and coal-fired power plants emit them as well. Therefore, there is concern that selenium is having a negative effect on the water and soil environments. Currently, removing selenium from the environment requires an extremely expensive physicochemical process that consumes large amounts of energy. However, it ends up not being recycled, but rather either diluted to a non-harmful level or landfilled. In sharp contrast to the physicochemical process, microorganisms are able to detoxify and recycle the substance at a low cost and modest energy consumption. Certain microorganisms collect the selenium and accumulate it in their body. Therefore, we utilize that characteristic. There are also microorganisms that consume hazardous cadmium at the same time and synthesize a semiconductor substance called cadmium selenide. Such facts demonstrate the remarkable potential of a new manufacturing method that converts wastewater contained toxic metals into high value-added materials while treating. 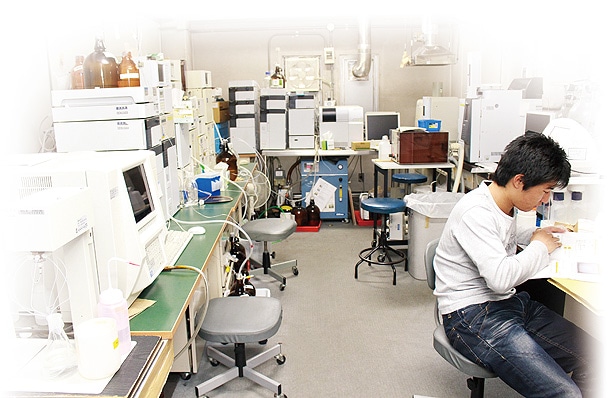 I am starting to think that microorganisms are an ideal catalyst of purification and resource recovery, but does it have any problems?

The various actions by the microorganisms are called metabolism. The metabolites that result from this process sometimes include troublesome substances that can require special processing measures. Microorganisms can often produce intermediate metabolites that are chemically difficult to predict and can be quite difficult to process. For example, when microorganisms decompose a type of detergent called nonylphenol ethoxylate, it can cause an accumulation of even more toxic metabolites, which are known as endocrine disrupter to have changed the sex of fish from male to female. The microorganisms clean up the detergent, but generate a separate risk. Therefore, whenever microorganisms are used to decompose chemical substances, they must be investigated to determine whether or not their metabolites contain toxic substances. Essentially, this is similar to the process of investigating the adverse side effects of drugs. It is also important to investigate the glowing environment and types of food that promote microorganism metabolism or result in complete decomposition. In the selenium research mentioned earlier, we also have to verify whether the microorganisms absorbed all the selenium dissolved in the water as well.

You must have to investigate an extremely large number of different parameters.

During these investigation and analysis stages, we use LC*1 and GC*2 systems from Shimadzu Corporation to analyze a wide variety of chemical substances. We don't have the luxury of owning every type of analytical instrument available, so sometimes we borrow an EDX*3 system or other instruments from a separate laboratory in Osaka University. Since we are trying to determine an unknown process, we are very grateful for the almost consultant-like technical advice Shimadzu provides regarding the methods we should use for analysis. Recently, we have also been focused on researching the relationship between floating plants and microorganisms. We have confirmed a phenomenon where very powerful chemical decomposing microorganisms are concentrated at the root area of floating aquatic plants, so we are now researching ways to utilize them for treating wastewater or purifying the environment. This concentration of microorganisms at the root of these plants is not a coincidence, but rather is probably due to a reaction to some sort of communication substance secreted from the plant, such as vitamins, proteins, amino acids, or sugars. By analyzing this intermediary substance to identify what it is, we hope to build a more efficient cleaning system. Consequently, chemical analysis will provide an important key for that as well. There are still several hurdles we need to clear before we achieve a practical system, but we intend to continue researching this as technology that would be particularly useful. 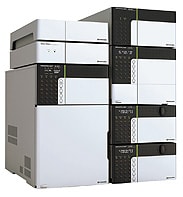 Used to determine the quantity of target components in a sample mixture containing many components by separating the sample in liquid form. 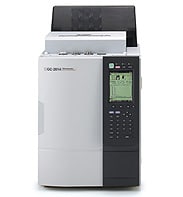 Used to determine the quantity of target components in a sample mixture containing many components by separating the sample in gaseous form. It can investigate vaporized components with higher precision than a liquid chromatograph. 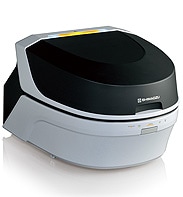 Used to non-destructively investigate the types and quantities of elements contained in samples by exposing the samples to X-rays.

What do you foresee researching in the future?

I think research will need to be more predictive. Thirty years ago there were probably only a handful of people that viewed CO2 emissions as a problem. However, though the global warming phenomenon could have been predicted from a careful analysis of factors, including social and economic progress. In my field, I think we need to gain a solid understanding of how the natural and human worlds work by thoroughly analyzing the ecosystems of water and soil. By doing so, we can discover the next approaching risk as early as possible, and thereby take actions to change economic or other activities in the human world, for example. As long as we are researching the extremely complicated ways in which the natural world works, I am sure we will continue to rely on help from Shimadzu Corporation. Note that by "utilizing" biodiversity we mean something slightly different from activities to simply protect nature. For example, protecting a plant simply because it is unique to a particular area is difficult to justify, making it also difficult for local governments to spend public funds to protect it. However, if the roots of that plant attract microorganisms that clean the water, so that it clearly demonstrates an added value of decomposing harmful pesticides and chemical substances, then it is easier to justify protecting it. If the utilization of biodiversity results in systems that allow future generations to also enjoy the services provided by the ecosystem, then perhaps there is hope for an equitable distribution. However, in actuality, the expression "utilizing" biodiversity seems a little presumptuous and lately I am starting to feel that we are being too careless or exploitative with plants and microorganisms for the sake of environmental protection. By creating an inferior environment without regard to what they may prefer and utilizing a part of their innate will to live, maybe we humans are simply protecting them selfishly for the parts that are useful to us. In that sense I feel a little bad for those living organisms (laughs).

That is certainly a very interesting perspective. Thank you so much for talking with us today. 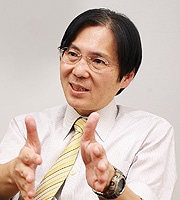 After completing his master program at the Osaka University Graduate School
of Engineering and working in a corporate job, Dr. Ike was employed by Osaka
University as an assistant professor in 1990. After then serving as associate
professor, he has held his current position since 2006. During that period, he
received a grant from the Ministry of Education, Science and Culture to work as
a researcher at the Technical University of Hamburg-Harburg in Germany in
1998 and 1999.