Contribution to the Establishment of Low-Carbonand Recycling Societies

Contribution to the Establishment of Low-Carbonand Recycling Societies

Development of a Next-Generation Recycled Fuel "Biocoke" from Biomass

Carbon dioxide and other greenhouse gases and waste keep increasing in our modern societies. Research and development activities for creating a next-generation recycled fuel are being carried out to achieve two goals: "low carbon" and "resource recycling." Shimadzu instruments are used in these activities. The following is from an interview with Mr. Tamio Ida, Associate Professor and Vice-Director of the Kinki University Research Institute of Biocoke, who is engaged in research and development for the establishment of a more sustainable society. 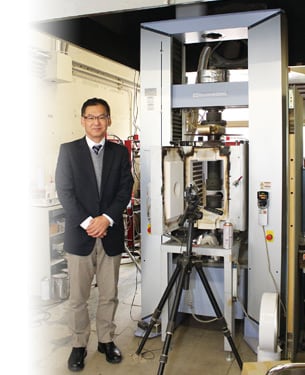 First of all, please talk about how you were inspired to start this study.

I took a post at Kinki University in 2000. At that time, I thought about carrying out some type of research that would benefit society, different from the basic research I had been involved in until then. Coincidently, the "Biomass-Nippon Strategy," promoted by the Japanese government, was being hotly discussed. Biomass refers to biological organic substances overall. Back then, biomass research was actively being carried out, producing ethanol from wood and creating gas to generate power, for example. In this light, I started to research about "using a solid material as a solid material," which no one else was researching at the time. After approximately three years, I came up with certain results.
Actually, I did not plan to create a solid fuel at the beginning. I thought compressing and hardening the raw material biomass would improve efficiency in transportation and in turn reduce its energy consumption. However, the effect seemed to be negligible, so I was trying to find another application, when it occurred to me that a compressed biomass might be a good alternative to coal coke. The name "biocoke" came from this idea. 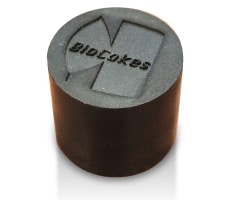 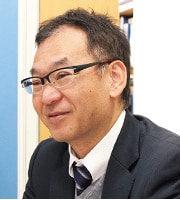 How is biocoke made?

First, the raw material biomass is crushed into several millimeter size particles and dried so that its moisture content value becomes approximately 10 %. The material is then put in a cylinder and heated at around 180 ℃ while a 4-ton force is applied from above. Biocoke is made from a reaction that occurs by the energy from vapor created by heating the material in the cylinder. Whereas bioethanol, a biomass fuel, is made of foods such as corn, biocoke can be made of discarded waste such as used tea leaves and coffee grinds and pomace from making apple juice, which is a great benefit. Since 100 grams of raw material creates 100 grams of biocoke, no material is wasted during production.

How are the benefits of using biocoke evaluated?

We established an experiment facility for mass production in Eniwa City, Hokkaido in 2007 and have been carrying out activities toward the practical use of biocoke. The problem we needed to solve was with the process before production. This process is the most difficult when wood is used as the raw material. We somehow needed to crush wood and remove 50 % of its moisture content. Used tea leaves and coffee grinds do not need to be crushed, but they still need to be dried. The more pretreatment processes required, the higher the production costs and the more energy needed to make biocoke. The only raw material that does not require any pretreatment is buckwheat husk. However, we failed to obtain a very large quantity because it is a popular material for making pillows (laughs). Because biocoke is used in melting furnaces of ion-making factories these days, I have become interested in disposable body warmers. Although disposable body warmers are not biomass, they can be recycled as an iron source because they include oxidized iron powders in addition to the raw material activated charcoal.

How are the benefits of using biocoke evaluated?

Another benefit is an increase in job opportunities. Japan has abundant forest resources, and Osaka Prefecture Forest Owners Association has been conducting a demonstration experiment to generate energy while restoring secondary forests (satoyama) in Takatsuki City, Osaka. In developing nations in the temperate zone where almost no energy is required to dry raw materials, development of BOP*1business using biocoke is being discussed. By producing biocoke, these countries can generate their own energy and create a commodity for foreign exchange. 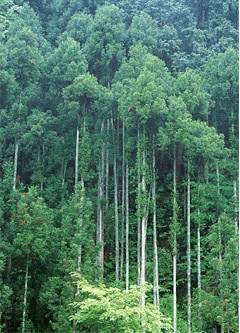 How are Shimadzu instruments used in this field?

The instrument we currently use is the Autograph Precision Universal Tester*2 equipped with a high-temperature furnace. It is a custom-order testing machine designed to mimic the conditions inside an iron-melting furnace. This instrument allows us to conduct tests to learn the level of strength biocoke can maintain in the melting furnace. Also, in order to analyze "specific surface area," which affects the combustion time of biocoke, we use the TriStar Automatic Surface Area and Porosimetry Analyzer*3. With this instrument, we are studying methods that allow for predictive estimation of quality, such as combustibility, for various types of raw materials. For the plant in Hokkaido, we requested Shimadzu to customize the Servopulser fatigue tester to make a hydraulic system*4 for continuously feeding raw materials into the production system. I am sure that the testing machine is not usually made to be used like this (laughs). 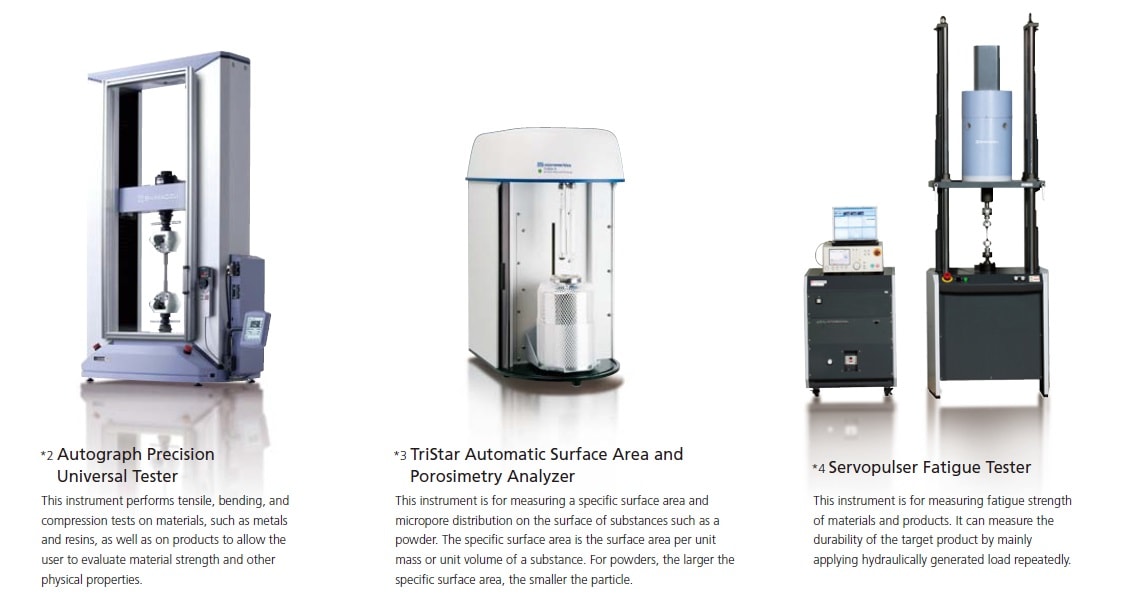 What are problems that need to be overcome before biocoke can be put into more practical use?

Biocoke is currently used as a heat source in PVC greenhouses for farming and as a fuel in furnaces used to manufacture cast components of automotive engines. People will not use biocoke unless its cost is reduced, including the cost of production equipment. From a technical point of view, biocoke needs to be as resistant to heat as coal coke. We also aim to use biocoke as a raw material in addition to using it as fuel. Since the quality of biocoke differs depending on the raw material used, "standardization" will be necessary to put biocoke on the market. I believe that Shimadzu's instruments will play an integral role in this process.

Thank you so much for talking with us today. 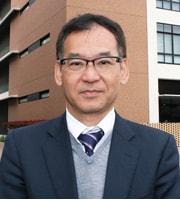