Shimadzu promotes initiatives to address global issues related to biodiversity conservation through our business activities and based on our environmental policy.

Our main efforts to date have centered on the "Invasive Alien Species Act," and we have drawn up procedures in the event of finding alien species at the arrival point of goods or in workplaces and have communicated it to the employees concerned. 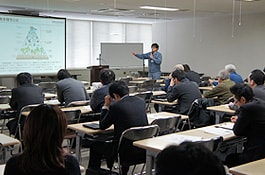 Since fiscal 2013, we have been procuring lumber for transportation packaging materials from forests certified by the Forest Stewardship Council and continue to check that the lumber conforms to our suppliers' certification information. In fiscal 2016, we also began using certified paper throughout the company. In fiscal 2019, 65.9% of the printing paper purchased in Japan was made from certified forest paper.

The desks and shelves in the reception room at the head office are made of locally produced wood. In recognition of our active use of "Kitayama Cedar" wood, we won the "Kyoto Governor's Award in the Excellent Facility Contest" for the use of wood produced in Kyoto Prefecture.

Outside Shimadzu, we conduct on-site classes at schools using a "bidi" card game for learning about endangered species. This card was created by the "Eco-Club," an environmental action group formed by women employees at Shimadzu.

Shimadzu's environmental action group, the Eco-Club, received the excellence award for the "Show" category of the first Biodiversity Action Award Japan. The purpose of the award is to help promote biodiversity as a mainstream issue by recognizing activities consistent with the declaration of five actions promoted by the Japan Committee for the United Nations Decade on Biodiversity (UNDB-J), namely eating, feeling, showing, conserving, and selecting. UNDB-J is a Japanese organization established in accordance with the UNDB resolution adopted at the 65th Session of the United Nations General Assembly (in 2010 at the United Nations Headquarters in New York).
The Eco-Club is a team of mainly women from Shimadzu established in 1999 to create environmental teaching tools and conduct on-site environmental classes not only at work, but also for children, from the perspective and sensibility of women. In 2007, the club created a card game based on the theme of biodiversity called "bidi," which allowed for learning about endangered species while having fun. The award was presented to recognize their many years of actions and contributions to ongoing environmental education.

This 8,000 m2 green space within the Head Office/Sanjo Works grounds is the first site of a manufacturing company in western Japan to earn the maximum AAA ranking by the Ecosystem Conservation Society-Japan under the Japan Habitat Evaluation & Certification Program. Planted with mainly native species, the forest helps form a regional ecological network.
The forest also started fostering and preserving an ecosystem closely tied to the development of traditional culture in Kyoto, such as Futaba-Aoi (asarum caulescens) provided for Kyoto's Aoi Matsuri Festival and, starting in 2017, Chimakizasa (sasa plamata), and Kikutanigiku (chrysanthemum seticuspe)*. These efforts were even designated as an official Cooperative Project to Restore the Traditional Biology and Culture of Kyoto City, based on the Kyoto City Strategy for the Conservation and Sustainable Use of Biological Diversity. 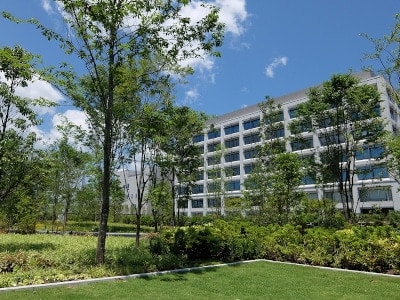 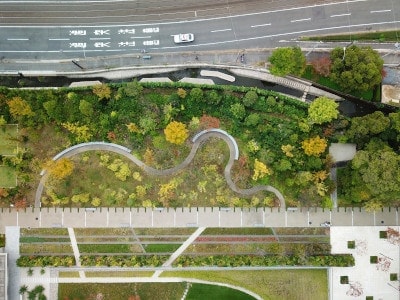 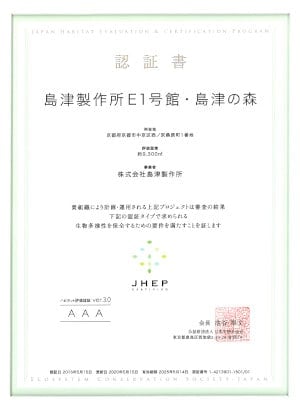 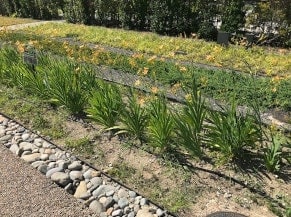 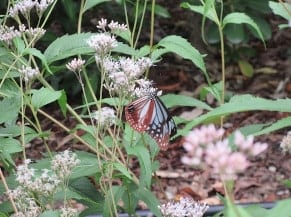 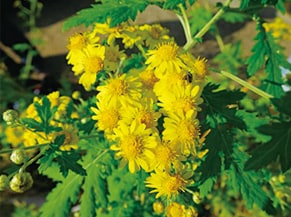 Kikutanigiku
(a kind of chrysanthemum)